Ina Garten has done it again. Her 12th cookbook in 20 years is considered to be her best ever.

Titled “Modern Comfort Food: A Barefoot Contessa cookbook”, the new book arrived in October of last year.  As Katherine Gillen of PureWow.com wrote, “Maybe it’s because we feel like we could use a hug from the Contessa right now.” Ms. Gillen ranked every one of Ina’s books. “Modern Comfort” tops her list.  She calls this one “a soothing combination of nostalgia and authority”.  Meanwhile, on Kitchn.com, Christine Gallary gushed “Ina Garten’s New Chicken Recipe is One of the Best Things I’ve Made All Year”.  Given that Christine graduated from Le Cordon Bleu in Paris and has Cook’s Illustrated on her resume, that’s high praise indeed. So this is the first recipe I’ve cooked from the new book.

Ina Rosenberg Garten was born in Brooklyn, New York in 1948.  Her father was a doctor and her mother a dietician. She grew up in Stamford, Connecticut, one of two children.  Her older brother introduced her to his Dartmouth classmate, Jeffrey Garten when she was 15 years old.

They married in 1968 and moved to Fort Bragg, North Carolina where Jeffrey served in the military for four years of the Vietnam War.  Her mother-in-law had bought her a subscription for the Time-Life cookbooks which sparked her interest in cooking.

Ina can even fly!

At Fort Bragg, she cooked to occupy her time while Jeffrey was in the service. She even learned to fly!  A four-month camping trip to France cemented Ina’s love of food. Like so many of us, upon her return, Ina’s main source of culinary education was Julia Child’s “Mastering the Art of French Cooking”. A White House job in the Office of Management and Budget occupied her days. Then in 1978, with profits made from flipping houses in Washington, she bought a 400 square foot specialty food store called “The Barefoot Contessa” in Westhampton Beach, NY.  Named for the title character played by Ava Gardner in 1954, Ina still had not seen the movie as of 2006. 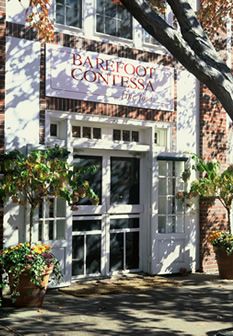 In 1985, Ina took over a much larger space in the village of Easthampton.  She caught the attention of Eli Zabar of New York’s Zabar food dynasty and of the doyenne of entertaining, Martha Stewart. The store was an overwhelming success.  After 20 years, wanting a change, she sold the store to two employees and moved into an office above Barefoot Contessa. She studied the stock market. The allure of Barefoot Contessa never abated even after the store was shuttered in 2002.  A competitor, Citarella, came into the neighborhood. Its owner, Joseph Gurrera, famously remarked that he had never understood how potatoes at 8 cents a pound became potato salad at $8.00 a lb.

Before the demise of the Barefoot Contessa store, Ina had reemerged in 1999 publishing “The Barefoot Contessa Cookbook”. A sleeper bestseller, that first book sold over 100,000 copies in its first year.  Over the years the 11 cookbooks Ina has authored have sold untold millions. Her net worth is estimated to be $50 million.

First off, this is a one-skillet wonder, something I heartily endorse.  And its contents include my personal favorite: chicken thighs.  These are marinated in buttermilk then brushed with mustard and white wine. Sprinkled with thyme and paprika, the chicken roasts in the oven until pale golden brown. That’s when ¼ inch thick slices of Yukon Gold Potatoes, garlic, and more salt and pepper are added. The potatoes make good use of the accumulated juices in the pan, absorbing flavor and becoming soft as a pillow.  The chicken is added back to the pan, roasted for 30 minutes more.  The thighs are removed once more.  The oven temperature is upped so the potatoes achieve perfection in the pan.  The final step is to shower the dish with fresh herbs. As Ina would say “How Easy is that?”   Here’s the recipe followed by some other Ina favorites.

Roasted Chicken thighs are marinated in buttermilk, brushed with mustard and white wine and cooked with creamy Yukon Gold potatoes for a one-skillet wonder that's perfect for a weeknight. 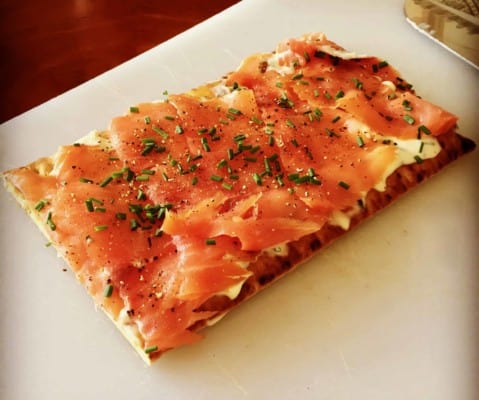