I love tacos.  And apparently I am not alone. I posted the Instagram picture of the ones on the left and it broke the bank in “likes”.  These tacos are from El Mitote (208 Columbus Ave. NYC Tel: (212) 874-2929).  But even with a taqueria so close to home, I still can’t get my fill of these easy to make little goodies.  Besides, the closest El Mitote gets to a fish taco is its shrimp version.  So when I saw this recipe in the New York Times, I was hooked.  Cajun flavors are some of my favorites.  Although the original recipe, from a line cook at Union Square Café named Chad Shaner, called for white fish filets, like cod or red snapper, I went for swordfish.  I’ve been using Swordfish with Cajun spices ever since I was introduced to Chef Paul Prud’homme, who pretty well put Cajun food on the map in the 80s.  Swordfish shines in this recipe.  Its layer of spice hides at the bottom of the toasted corn taco which is slathered with Chipotle flavored Sour Cream. Crisp radishes, and grilled green onions add layers of flavor and then a shower of cilantro leaves give the taco a final touch.  Even though this Taco is not particularly Mexican, I hope you can forgive it for that. The Taco, it turns out, is one of the world’s most adaptable foods. 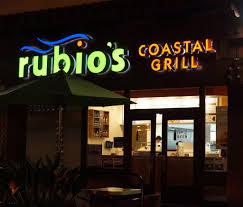 Nobody knows precisely where the taco came from or how it got its name.  It was already being eaten when the Europeans arrived in Mexico. The first taco feast by Europeans was arranged by Cortes himself.  There is evidence that the first fish taco may have been invented by the indigenous people in the Valley of Mexico.  They were said to eat tacos filled with small fresh water fish.  The modern “Taco de Pescado” was first made in Baja California, Mexico.  It was in Baja that a college student on Spring Break discovered Fish Tacos at a food stand in San Felipe, Baja California.  Ralph Rubio went home to San Diego and opened Rubio’s Fresh Mexican Grill.  It’s main menu item was the fish taco.  Rubio’s

tacos are made with Alaskan Pollock that is battered and fried before it hit the corn or flour tortilla, you pick.  Rubio’s later added Grilled Mahi Mahi and Tilapia.  The odd thing is that the popularity of the fish taco remained a California phenomenon, uncommon in most other states.  But on the strength of their fish taco, Rubio’s, now called Rubio’s Coastal Grill, has grown to 200 restaurants in 6 western states plus Florida.  I’d like to think this recipe will turn you into a Fish Taco fan too no matter where you live.  Here is the recipe: 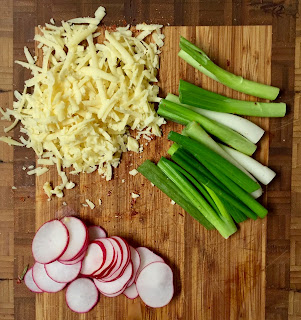 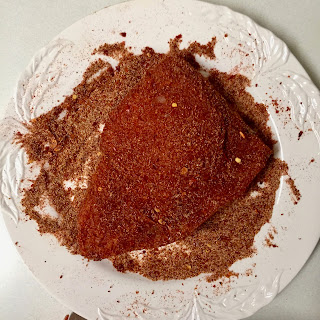 2. Combine the chile powder, garlic powder, paprika, cumin and red-pepper flakes in a shallow dish. Season the fish fillets aggressively with salt and pepper, then press them into the spice mixture, turning to coat. Set aside. 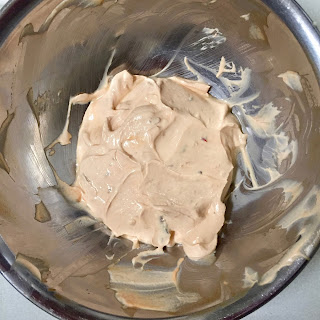 3. Combine the sour cream and add the finely chopped chipotles in a small bowl, bit by bit, tasting as you go along so that you can control the level of the heat of the chipotles. Stir to combine. Set aside. 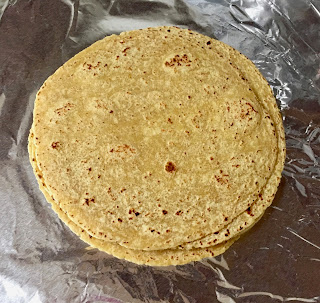 4. Cook the tortillas until they are toasted in a large cast iron skillet set over high heat, approximately 30 seconds or so per side, then stack them on a large sheet of aluminum foil. Wrap the foil around the tortillas, and place the package into the oven to heat. 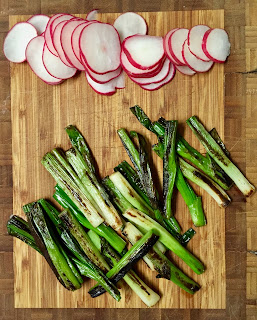 5. Turn the heat under the pan down to medium-high, and add a tablespoon of the oil and then the scallions. Cook these, tossing occasionally, until they are about to char, then remove and set aside. 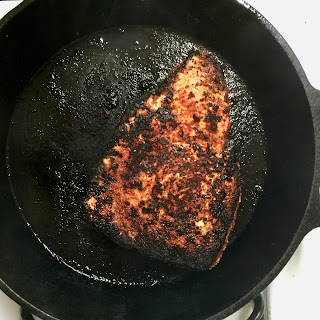 6. Add the remaining oil to the pan and heat it until it begins to shimmer. Add the fish and cook until well browned and crisp, approximately 5 minutes per side. 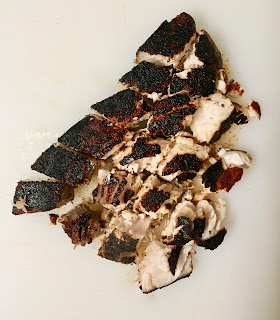 7. Remove from pan and slice into cubes of fish. 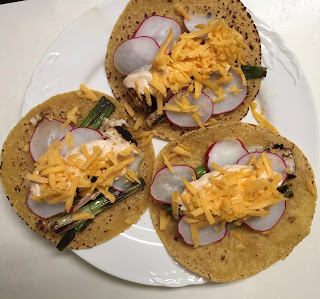