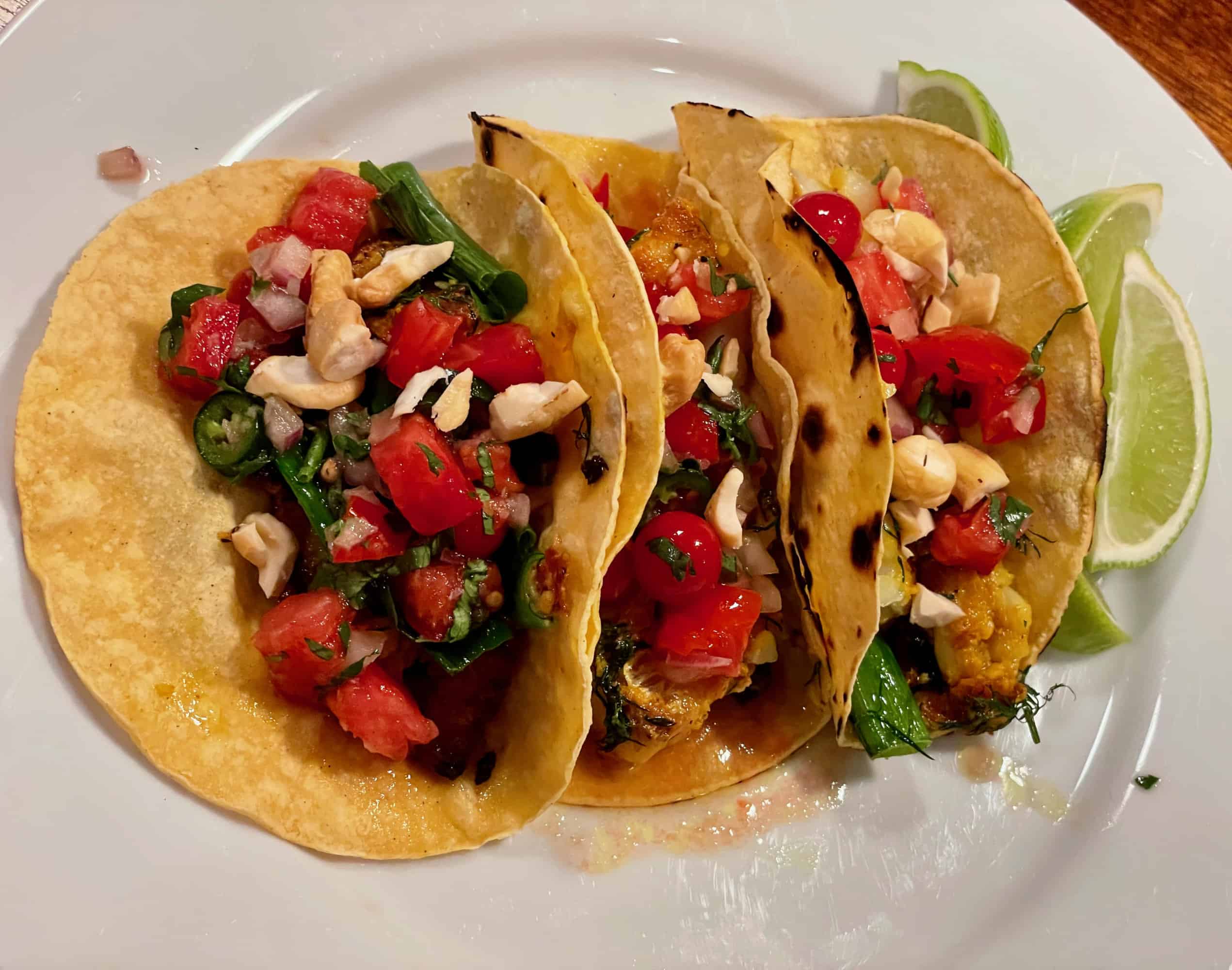 This month’s Bon Appetit was a treasure trove of great recipes. And the one that really caught my eye was this incredible combination: what Bon Appetit called ‘a mash-up between fish tacos and Chá Cá Lô Vong, a Vietnamese dish featuring a sizzling platter of ginger-turmeric fish tossed in an aromatic mixture of scallions and lots of dill’.  All I can add is that this truly was a food marriage made in heaven.  We didn’t see the need for the recommended add-ons of cabbage or sliced chiles. We did sprinkle some chopped cashews over the top of the taco but even that was completely unnecessary.  The Nuoc Cham Salsa will be a staple on Taco Tuesdays no matter what our taco is filled with. It’s just so good. And the ones in California are reason enough to go out there just to eat one.

The Fish Taco made its debut in San Diego in 1983.

A man named Ralph Rubio holds the distinction of having introduced the Fish Taco to California itself.  As a student on Spring Break from San Diego State, Rubio went surfing in the town of San Felipe on the Sea of Cortes in Baja California.  In addition to consuming numerous ‘cervezas’, it turned out that fish tacos, cheap and fast to make, were Rubio’s main sustenance. Rubio was particularly fond of the version made at a hole-in-the-wall taco stand by a man named Carlos. In fact, he was so enamored of Carlos’s fish fried to order that Rubio tried to convince him to move to San Diego.  Carlos refused but he did grant Rubio’s request for his recipe. Rubio scribbled it on a piece of paper he pulled from his wallet. A few years later, Rubio opened his eponymous restaurant.  And he called it “Home of the Fish Taco”. There are now 156 Rubio’s located in 97 cities in just three states–California, Arizona, and Nevada.

Here are the recipes for both the Salsa and the Fish Taco. After them, some other Tacos to try. 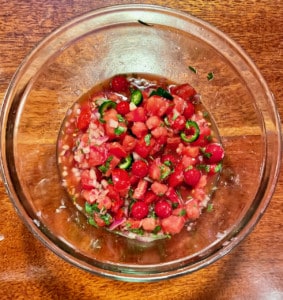 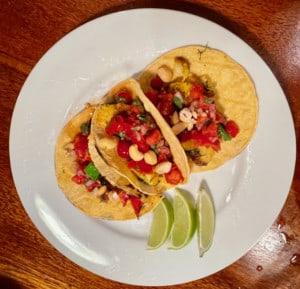 Celebrating Cinco de Mayo has never been easier… Or healthier!

America’s Salute to Mexico has graced Chewing The Fat for years… Right after today’s story, you can read all about Cinco de Mayo. This year we’re making it easier than ever to celebrate. Here are  4 ready-eat recipes that Cinco and every Taco Tuesday a […]