These tarts with their fall-apart flaky crust and perfect custard filling are one reason to go back to Portugal again and again.

I’m just back from my third trip to Portugal. It’s a magical country with a fairytale world quality I find irresistible!  On this trip, I was truly immersed in the food of Portugal. As a guest of Silversea Cruises, I was there for a week celebrating the launch of Silver Dawn, the 10th ship to sail for these Italian cruise geniuses. Silver Dawn is the second ship to feature S.A.L.T., Sea And Land Taste, a genius Culinary Arts program, the brainchild of Silversea’s incredibly inventive Chief Commercial Officer, Barbara Muckermann. She enlisted Adam Sachs, former Editor of Saveur Magazine, and a James Beard Award-Winning Food Writer. The two have created an ideal introduction to the Culinary culture of every port Silversea sails.  (And there are 900 of them!). And in Portugal, that had to include the irresistible Pastéis de Nata.

Miguel Andrade, Co-author of “Portugal The Cookbook” with Leandro For our 7-day foray into Portuguese food, Adam Sachs enlisted this brilliant young food scholar.  S.A.L.T. consists of five parts. Aboard ship, S.A.L.T. Bar serves up regional cocktails and wines. S.A.L.T. Lab gives guests hands-on instruction in local specialties, which they may have first sampled in S.A.L.T. Kitchen, a restaurant with a menu specific to each port of call!  S.A.L.T. Talks are where speakers like Andrade, immerse on-board foodies with fantastic talks. Finally, when S.A.L.T. goes ashore, its food-focused shore excursions are to out-of-the-way food finds only a countryman like Andrade has at his fingertips. Although where we learned to make Pastéis de Belem was anything but out of the way. Under two gigantic roofs sit 26 restaurants, 8 bars, a dozen shops, and a high-end music venue. In 2014 Lisbon’s Editors of the well-known going-out guide put together this incredible collection to spotlight the ‘best’ of Lisbon—the best hamburger, the best sushi, the best steak, the best bands.  They rejuvenated Mercato da Ribeira, the first version of which started life in 1100 on the site of the current city hall. One side still sells every beautiful fruit, vegetable, and piece of fish in the city. The other is a food hall and in its midst is Academia TimeOut, the first cooking school operated inside a food hall.

That’s where S.A.L.T. took us to make our Pasteis.

Presided over by a genial instructor called, Miguel Miskito, everything was laid out as 26 of us followed along.  In case you visit Lisbon and you’re not aboard Silversea and want to experience this great cooking school yourself, you can go to their website https://www.timeoutmarket.com/lisboa/en/ and sign up.  At the moment, classes in making Pastéis de Nata are on offer for 28 Euros. This includes a 1.5-hour workshop and tasting.  And after class, you can take home a box of your own Pastéis.  Before ours emerged from the oven, we had their history down pat. Miguel Andrade had shattered some myths. Pastéis de Nata were indeed a labor of love for the nuns of Portugal.

Legend had it, or at least I did, that the nuns at the Convent of the Jeronomos Monastery had a surfeit of egg yolks having used the whites to starch clerical collars. Not true says Miguel Andrade. Whites were used to clarify butter hence all those yolks.  Today’s recipes are adaptations of the originals dating from the 16th century.  Miguel Andrade’s charming illustration above shows two nuns hoisting a cake. Andrade tells us nuns were often recruited from noble families.  If they had a surfeit of daughters, they sometimes could not provide dowries.  These girls, as young as ten, were often accompanied by their maids who entered the holy orders with them. The maids were often consigned to convent kitchens. Sweets were a particular passion. The most famous Pastéis makers were indeed those of Jeronomos. To this day, Pasteis de Belem, are produced at a rate of 22,000 a day. You can make your own pastry. See Portugal The Cookbook for that recipe. However, you can save hours of time and effort by buying store-bought puff pastry. Just make sure it is made with butter and not Palm Oil which some puff pastry is not made with.   Note: This recipe uses a 12 muffin tin to make your Pasteis.  If you are serious about making these more than once, you really should order these cake pans which are made just for making Pasteis.  Here’s the link to Amazon: https://www.amazon.com/

Here is the recipe: After it, some other great Portuguese recipes…

: 12 for Muffin Tins Double to make 24 in Pasteis Tins
: Worth every bit of effort they take.

Melt in your mouth fragile, flaky crust with a not-too-sweet custard that's caramelized in spots and absolutely delicious 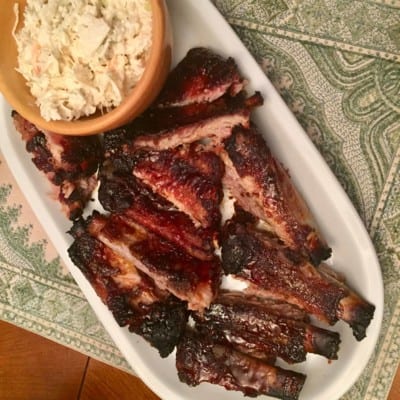