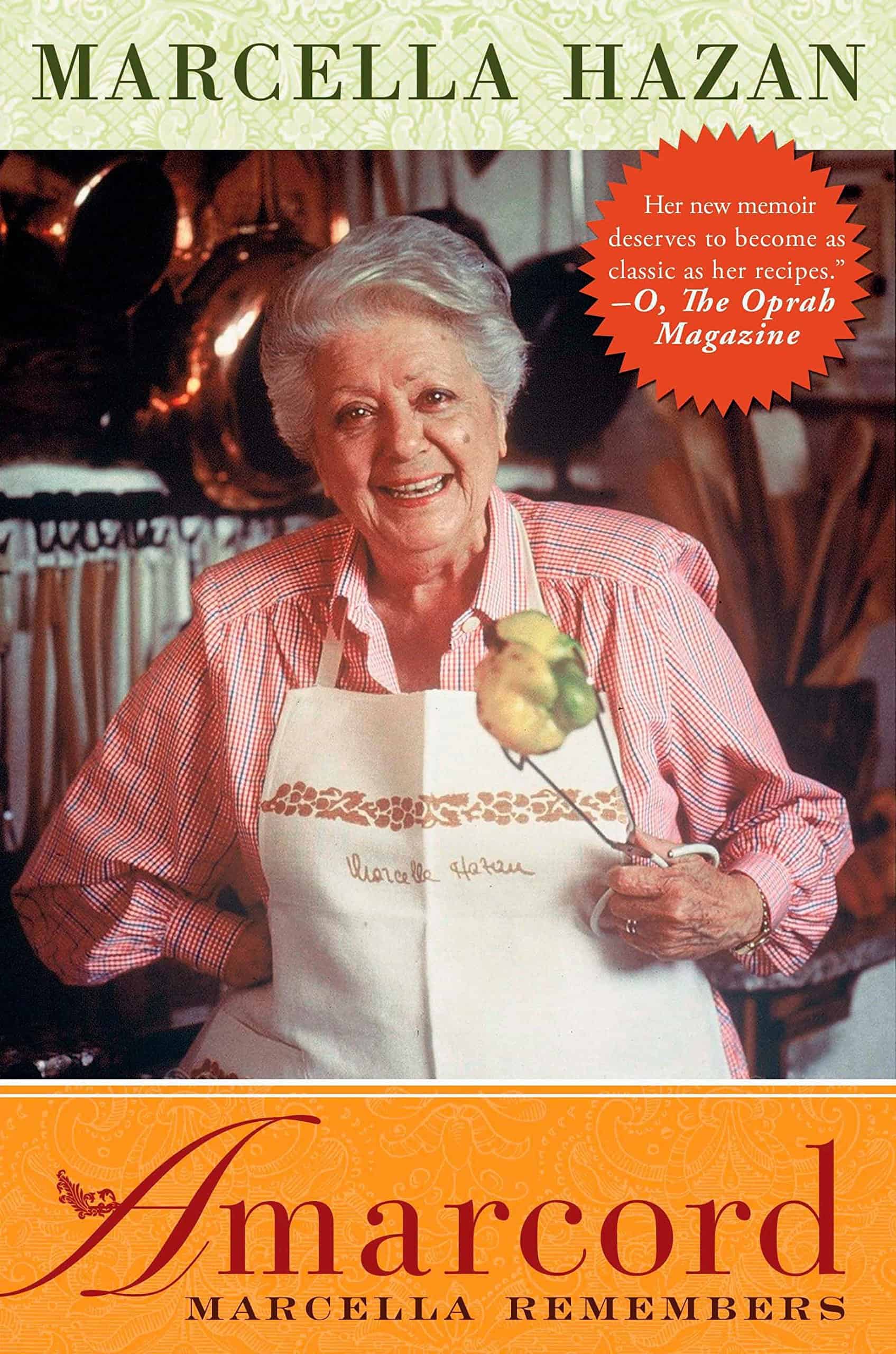 April 15th would have been Marcella Hazan’s 98th Birthday

And what a celebration that would have been on Chewing The Fat!  I am traveling again and missed celebrating a woman who did so much to me. Marcella, considered the Doyenne of Italian Cuisine, credited with introducing traditional Italian cuisine to both American and British audiences was my friend. Say what you will about Facebook, but that is where I met her. And that is where she answered every single question I asked her about Italian Cooking. Click on any one of the links to these 5 recipes and there she is—if not having created the recipe, or having it created in her honor, or contributing to it, or commenting on it—every time I asked.  She was endlessly selfless and kind to someone she had only knew on Facebook.

Who was Marcella Hazan?

She was born Marcella Polini on April 15th, 1924 in Emilia-Romagna, the province that is arguably considered the cradle of Italian cuisine.  She earned double undergraduate degrees in Science.  Before her marriage to Italian-born, New York-raised Victor Hazan she had never cooked.  As she explained in her 1997 “Marcella Cucina” (Harper Collins) when she moved to New York, “there I was, having to feed and young, hard-working husband…In Italy…my mother cooked, my father cooked, both my grandmothers cooked and even the farm girls who came in to clean could cook. In…my New York apartment there was no one.” She first used cookbooks from Italy but discovered she had clear memories of food at home and she could reproduce them herself. She began giving cooking lessons in her apartment and opened her “School of Classic Italian Cooking” in 1969. She started writing cookbooks in Italian and Victor translated them. Marcella’s timeless techniques are worth knowing.  Here are the most prominent of them:

1. Choose vegetables that are in season and plan the entire meal around them. Cook them until they are tender, but not mushy, so that they have a rich flavor.

2. When sautéing onions, put them in a cold pan with oil and heat them gently; this will make them release their flavor gradually and give them a mellower taste than starting them in a hot pan.

3. Although some types of pasta, like tagliatelle, are best made fresh at home, others, like spaghetti, should be bought dried. Pasta should be matched carefully to sauce.

4. Olive Oil isn’t always the best choice for frying; in delicately flavored dishes, a combination of butter and vegetable oil should be used.

5. Garlic Presses should be avoided at all costs.

Here are our 5 Recipes, each and every one of them touched by Marcella Hazan. Click on the name of the dish and go straight to the recipe. Tom Kitchin may be a famous Scottish Chef but this is his wife’s recipe. This is the kind of recipe I call true comfort food. The traditional lasagna element of bechamel is used here. But instead of an Italian-style filling, there’s a nod to this […]