When I saw my Italian sister, Sofia lovingly fuss over what looked to be a filet of beef, I knew something special was cooking.  Left to overnight in her Milano kitchen, the next day ‘the filet’ was retrieved and covered in puff pastry.  Beautifully baked, it was proudly served at dinner to the entire family of 9. It might have been Christmas Day lunch when serving this dish is a family tradition.  Its name is Polpettone in Crosta.  And much to my amazement, that translates to “Meatloaf”. “Meatloaf” never looked more spectacular or tasted anything quite like Sofia’s Polpettone. Its crunchy shell of puff pastry revealed a richly seasoned pork and veal mixture greatly enhanced a handful of finely grated Parmesan cheese. It was so good, I cooked one the moment I got home. Apicius’ collection of Roman Recipes included the first known meatloaf. However, today’s recipe is closer to that of  Bartolomeo Scappi, Cook to the Popes, who included it in his 1570 cookbook.  How did it get its name, “Polpettone”?  “Polpetti” are meatballs in Italian. Polpettone can translate to ‘large meatball’. As the Roman Empire expanded, meatloaf was incorporated into German, Scandinavian. Belgian and Dutch cuisine.  Scappi’s recipe didn’t undergo many changes until the end of the 18th century when numerous variations appeared including stuffed and vegetarian meatloaves.  In America, Meatloaf had its origins in colonial Pennsylvania Dutch kitchens. That version included “scrapple” a blend of ground pork and cornmeal. Surprisingly, the modern American meatloaf with its reliance on ground beef didn’t appear until the 1900s. Back to the Polpettone and how to make it.

In Sofia’s Polpettone, the two types of meat appeared to be one solid piece. To achieve that texture, use a food processor to blend the meat. Also, use the food processor to reduce both bread and Parmigiano to a very fine texture. For seasoning, I used Basil, Oregano, Thyme, and Garlic Flakes, a wonderfully aromatic Italian mix. Next, form the meatloaf into a rectangle.  Put the finished loaf onto parchment paper large enough to encase it completely.  Bake it for 40 minutes and, still in parchment paper, put it in the fridge overnight to intensify the flavors of the finished dish.   The next day, allow 40 minutes to defrost the store-bought puff pastry.  Then spread it out.  Unwrap the meatloaf and encase it in the pastry.  Brush it with egg, bake and serve. Here is the recipe and other Italian favorites, including Sofia’s Pasta Fagioli and the story of how we became family.

A crunchy shell of puff pastry reveals a richly seasoned pork and veal mixture enhanced with a handful of finely grated Parmesan cheese.

The Final Days of My Great Adventure: Why-O Why-O did I not see Milano…before now…and Sofia Minciotti’s recipe for Pasta e Fagioli (and it’s Gluten-Free!) 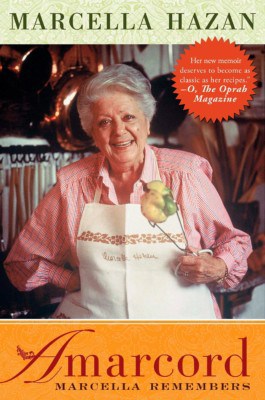 Call it a Flatbread if you want, but this is really a Pizza. And who doesn’t love pizza? There’s very little we like more than pizza. In this recipe, it’s called a Flatbread. I am not quite sure why because the dough in this recipe […]