If you are a fan of “This Is Us”, the television phenomenon, you may have seen the episode leading up to this week’s Finale after the Super Bowl.  Last week, Jack and Rebecca were all prepared for Super Bowl Sunday.   I don’t know how emotionally prepared this particular far is for this Sunday’s angst-awaited edition.  (I took an online test that confirmed I am not at all ready…you can take it here to see if you are…https://www.buzzfeed.com/whitneyjefferson/this-is-us-jacks-death-episode-help?utm_term=.eyx3R0W36&quiz_result=120404407_357414158#.ysgG9w3Gq)

But I digress.  Jack and Rebecca were abandoned by their teen-aged Kate, Kevin and Randall who went off in various directions to see the Super Bowl elsewhere.  That left Jack and Rebecca with a large batch of Chili con Carne.  Lucky them!  Forget the billions of Chicken Wings that will be sacrificed on the altar of Pro Football, big bowls of Chili make perfect sense for this Sunday.  And I think I have a perfect chili recipe. This recipe is no all-day affair.  You will be in and out of the kitchen in a half hour.  That’s it. Then the pot sits on the stove for another hour.  You can easily double or triple the recipe so can make a big batch this weekend and ladle it out all next week.
When I came across a recipe for Bourbon Chili, I was intrigued.  But the original recipe included the cardinal sin that true chili makers just won’t stand for.  The recipe was chock-a-block full of beans–both black beans and garbanzo beans. Now if you’ve looked at my previous chili recipe at https://chewingthefat.us.com/2011/12/texas-beef-brisket-chili-with-butternut.html, you may remember the phrase “If you know beans about chili, you know chili has no beans.”  So I set out to make my own bowl of Bourbon Chili minus the beans. 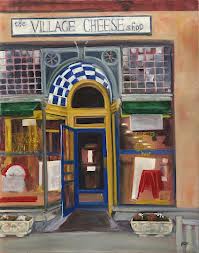 One of my favorite vegetarian chilis comes for a place called “The Village Cheese Shop” (11 Main St., Southampton NY).  This particular chili is memorable for its large pieces of vegetables in every serving.  Every element is recognizable.  Big chunks of tomatoes and green peppers combined with onions in a very large dice make this chili a standout. So I wanted to do the same thing with mine.  I also enlarged the number of sweet peppers to 4, one of every color–green, red, orange and yellow.  The ‘sleeves’ of 3 bell peppers that seem to be ubiquitous in supermarkets, were augmented with one big, beautiful green bell pepper. For the tomatoes, I used Red Pak canned whole tomatoes that I sliced in half so they retained their shape through the cooking process.  Whole canned tomatoes are almost always superior to the cut-up variety.  The latter can contain bits and pieces of tomatoes of unknown origin.  Aside from giving my Bourbon Chili more chunk, it also makes a better chili. The beef is present in the recipe but by volume, there are far more vegetables.  What the beef does do is to carry a lot of the bourbon flavor.  Now about the bourbon.  If you don’t drink the stuff, it will come as quite a surprise how expensive bourbon is.  I have a hard time finding a bottle for less than $20. You should steer clear of any top shelf brands. Go with one of their lesser cousins.   I settled on a pint of Jim Beam that cost about $15.00.
The beef soaks up the bourbon early in the cooking process.  It adds a smoky, earthy note to the dish. This is not a burn-the-roof-of-your-mouth-off chili.  While it has great chili flavor, it’s mild enough that even Kate, Kevin and Randall would like it. (The alcohol burns off leaving just the flavor of the bourbon behind.) I served the chili with Frito’s corn chips and a green salad.  So regardless who wins or loses the Super Bowl and how much we can endure on this week’s “This Is Us”,  at least we’ll be warm and well-fed.  Here is the recipe:

A rich, smoky chili with chunks of tomatoes, onions, peppers and absolutely no beans.