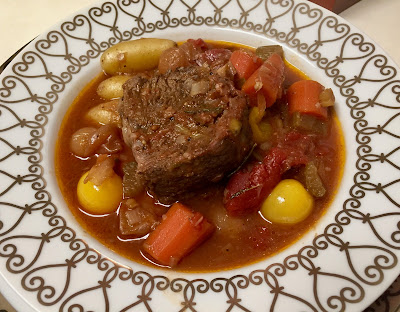 As we head into winter, what could be better than a Yankee Pot Roast for dinner one of these weekends.  Slow-cooked over a period of hours, the relatively inexpensive cut of meat used in the dish becomes meltingly tender. The sauce created lends itself to making a great beef-rich gravy.  Add to that an array vegetables–carrots, onions, celery and tomatoes—and you have a deeply satisfying stew that perfumes your house while you cook it.  In other words, an ideal dinner to weather whatever winter hands us in terms of snow and ice.  And as you sit down to a plate of tender meat and silken sauce, you’re paying homage to one of America’s first recipes.  The earliest example of the recipe for the dish appeared in Amelia Simmons “The First American Cookbook which was published in 1796. 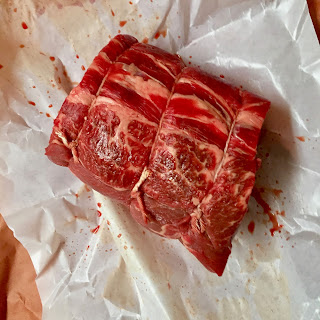 In truth, you’d be hard-pressed not to find a recipe for Yankee Pot Roast in any New England cookbook for the last hundred or so years.  The dish is as much a part of a New England winter as LL Bean boots and flannel pajamas. The technique used to make Yankee Pot Roast dates much further back than its appearance in the U.S.  Braising is a centuries-old method for making tough cuts of meat tender.  The choice of tough cuts means they come from parts of the animal that are more heavily ‘worked’.  Tough yes, but these meats have more flavor. They’re rich in marbled fat and connective tissue.  Over long gentle cooking, the meat breaks down and cooks to tender perfection. First, the meat is browned to achieve the Maillard effect which can be explained in chemical terms but which to us non-chemists simply means the meat gets its distinctive flavor from browning.  In reality, browning creates hundreds of different flavor compounds in the process.

Once you have browned the meat, the pot roast is simmered in a mixture of stock seasoned

with onions, leeks, celery, carrots, tomatoes and herbs. Now there are two schools of thought at work here.  One has the vegetables being added during the final hour of cooking. I do not favor this method because I think it robs the ‘gravy’ of the vegetable flavors that enrich the dish. I understand the concern that the long cooking time will ‘dissolve’ the vegetables.  I have not found this to be the case.  But I confess to making sure the vegetable additions are in far bigger pieces than other recipes call for.  I use whole Pearl Onions, big bites of carrot and celery and the canned tomatoes, not always found in Yankee Pot Roast recipes, I leave whole. The truth is anything you have on hand can be added to the pot including, turnips, parsnips and potatoes.  The “Yankee” in the dish is sometimes explained as a nod to the frugality of New Englanders and certainly using whatever vegetables you have on hand plays nicely into that explanation. But there’s also a nod to the New England traditions of simple cooking and patience rewarded.

I searched through a number of Yankee Pot Roast recipes.  I did want this to be as genuine a recipe as I could make.  That being said, I excluded the garlic I found in many of them. Garlic was rare in traditional English cooking and when the English came to America they brought their anti-garlic prejudice with them.  It was almost 300 years later, with the arrival of a fresh wave of immigrants from Mediterranean countries, that using garlic became common. Red wine is also a modern addition and this one I did include because red wine both tenderizes meat and gives the sauce richer flavor.  If you prefer, substitute more beef stock.  Use and heavy-bottomed Dutch oven to sear the meat on the stovetop and then continued your braise in the oven, where its steady heat will surround the pot and cook it evenly.
Here is the recipe:
Recipe for Yankee Pot Roast   Total Time: 4 hours  Hands-On Time: 35 minutes  Yield:4 servings
1 2- to 3-pound beef chuck roast
Flour for coating the roast 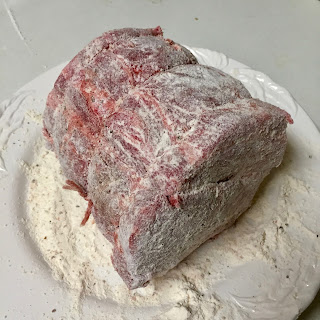 1. Preheat your oven to 350° and position a rack in the lower half of the oven. Pat the meat dry and season liberally on all sides with salt and pepper.  Roll the roast in flour covering all sides and the ends of the meat.
Set a large Dutch oven over medium-high heat, and add 2 tablespoons of olive oil. Add the beef to the pot and sear evenly on all sides, using tongs to turn the roast, about 5 minutes per side. 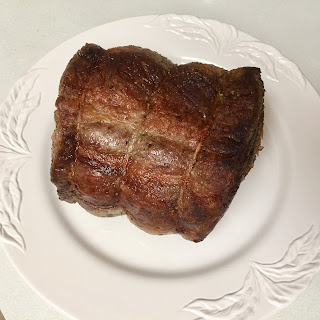 2. Transfer to a plate and set aside. 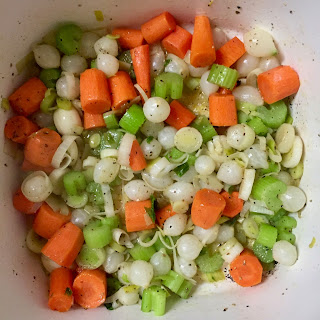 3. Lower the heat to medium and add the remaining olive oil. Add the onions, celery, leeks, carrots and chopped herbs, and cook, stirring often, until the onions are translucent, about 6 minutes. 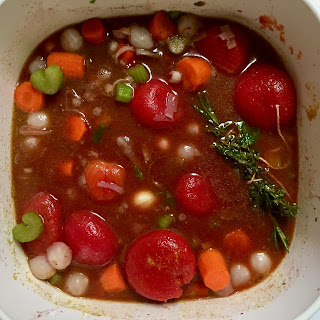 4. Deglaze the pot: Add the wine and 1 cup of the beef stock, scraping up the browned bits from the bottom of the pot. Add the tomato paste and stir to incorporate. Add the vegetables and the bay leaf. 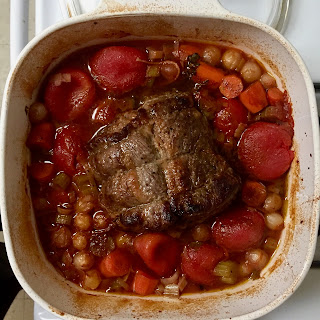 5. Return the browned roast to the pot, adding more stock to come a little more than halfway up the meat (the amount of stock you’ll need will vary with the size of the roast). Bring to a simmer.
Once it’s simmering, remove the pot from the heat. Cover the top with a sheet of aluminum foil; then cover with the lid. Transfer the pot to the oven and cook until the beef is quite tender, 2 1/2 to 3 hours. Be sure the liquid in the pot is simmering, not boiling, and that there’s enough liquid to prevent the meat from drying out. 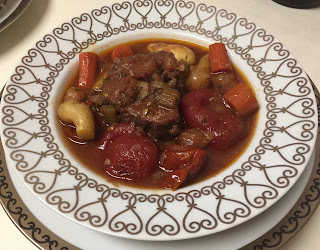 Cook until the vegetables are tender and a knife slips easily in and out of the meat. Transfer the roast to a plate and tent with foil for 15 minutes.
6. To serve, slice against the grain, or use two forks to pull the beef into chunks. Discard the bay leaf; then arrange the beef and vege­tables on a platter. Spoon the sauce over the beef and vegetables alongside mashed potatoes, buttered egg noodles, or rice.