12 Best Meatball Recipes of All Time New York loves its meatballs.  There are now no less than 6 Meatball Shops alone and on the Upper West Side, if you can’t get into the one there, Nicky Meatball’s “Polpette” (that’s meatball in Italian) is a couple of doors away.  The meatball exists in some form or other in virtually every cuisine in the world.  They’re made of every conceivable protein from chicken to buffalo and there are a sizeable number of recipes with no meat in the balls at all.  Instead, they’re made of mushrooms or walnuts or even just bread.  In the last five years, meatballs have been a staple on Chewing the Fat.  I’ve made Vietnamese Meatballs, Moroccan Meatballs, Sicilian Meatballs. I’ve made them into Stroganoff and into Soup.  And their appeal has never waned.  They’re among the most popular posts on the blog. So I thought it would be fun to collect links to our 12 Best!  Which one will you try first?  In ascending order, here goes: 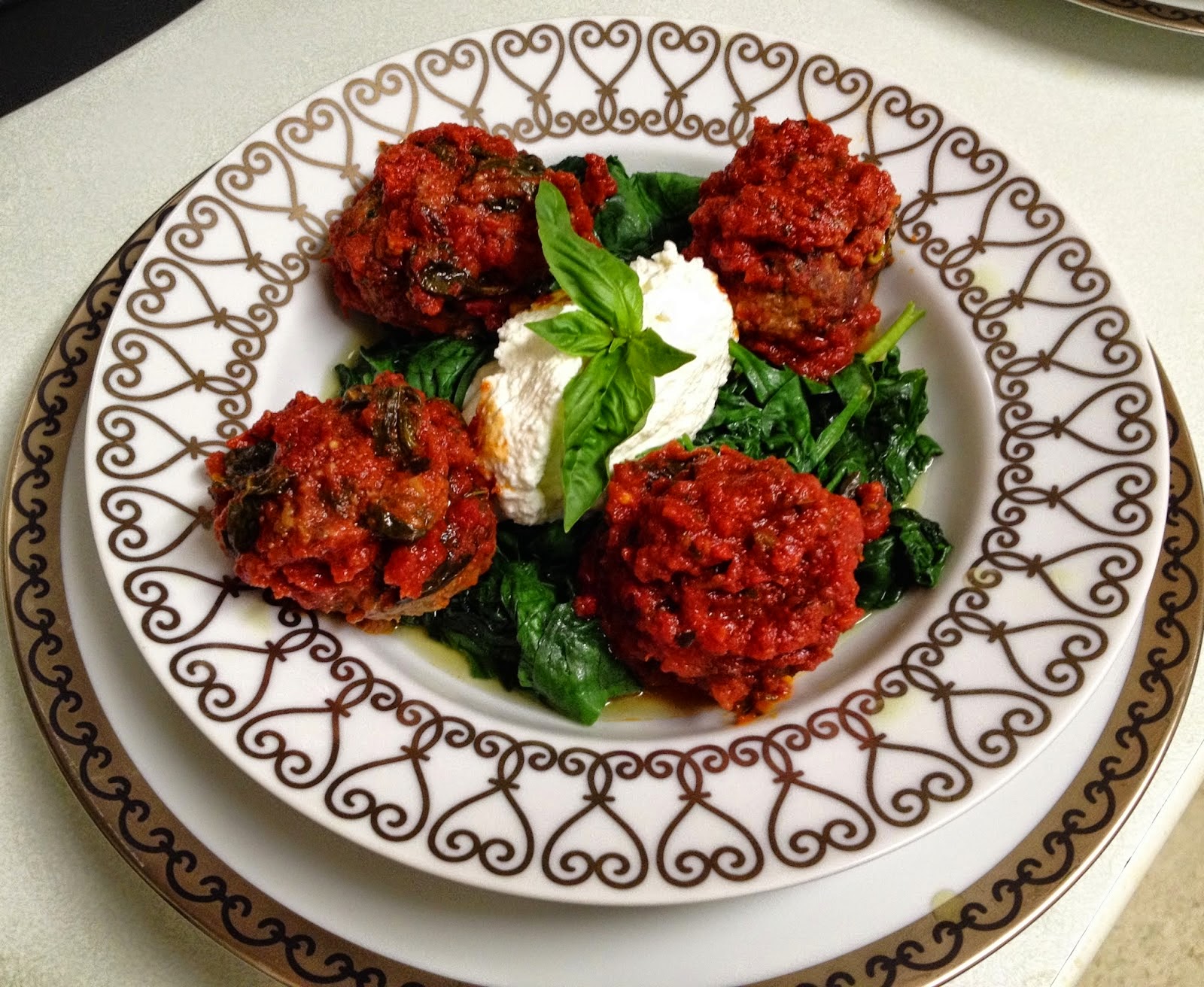 12. This recipe hasn’t been on the site long enough to catch up to some of the old-timers. Nevertheless, Seamus Mullen’s glorious Spanish-inflected lamb meatballs come onto the top 12 list and they’re so good, I am sure they’ll climb from there.
https://chewingthefat.us.com/2014/11/seamus-mullens-herbed-lamb-meatballs.html 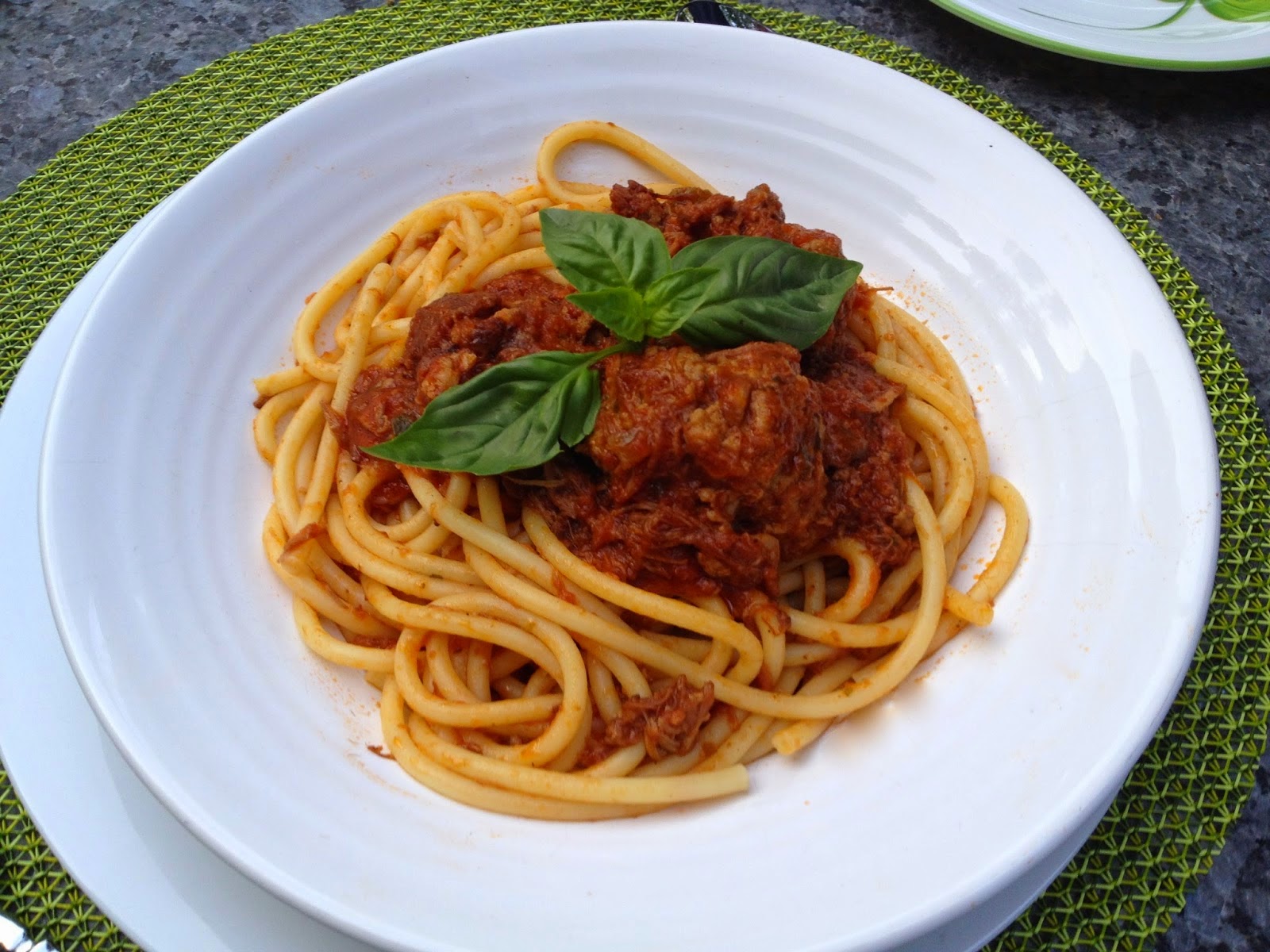 11. Also at something of a disadvantage due to its relative newness, this Italian American Classic is from the kitchen of the mother of one of New York’s hottest chefs.
https://chewingthefat.us.com/2014/10/old-stoves-saveur-magazine-and.html 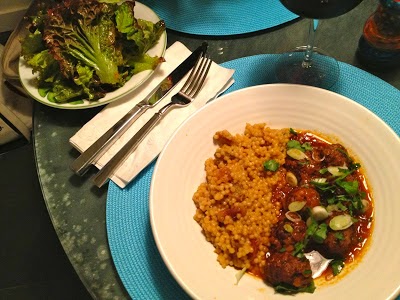 #10. The first of four recipes from the same part of the world, North Africa, number 10 offers the recipe with a choice of ingredients from beef to ground turkey or, as I made this luscious stew, lamb.
https://chewingthefat.us.com/2013/09/north-african-lamb-boulettes-and-amys.html 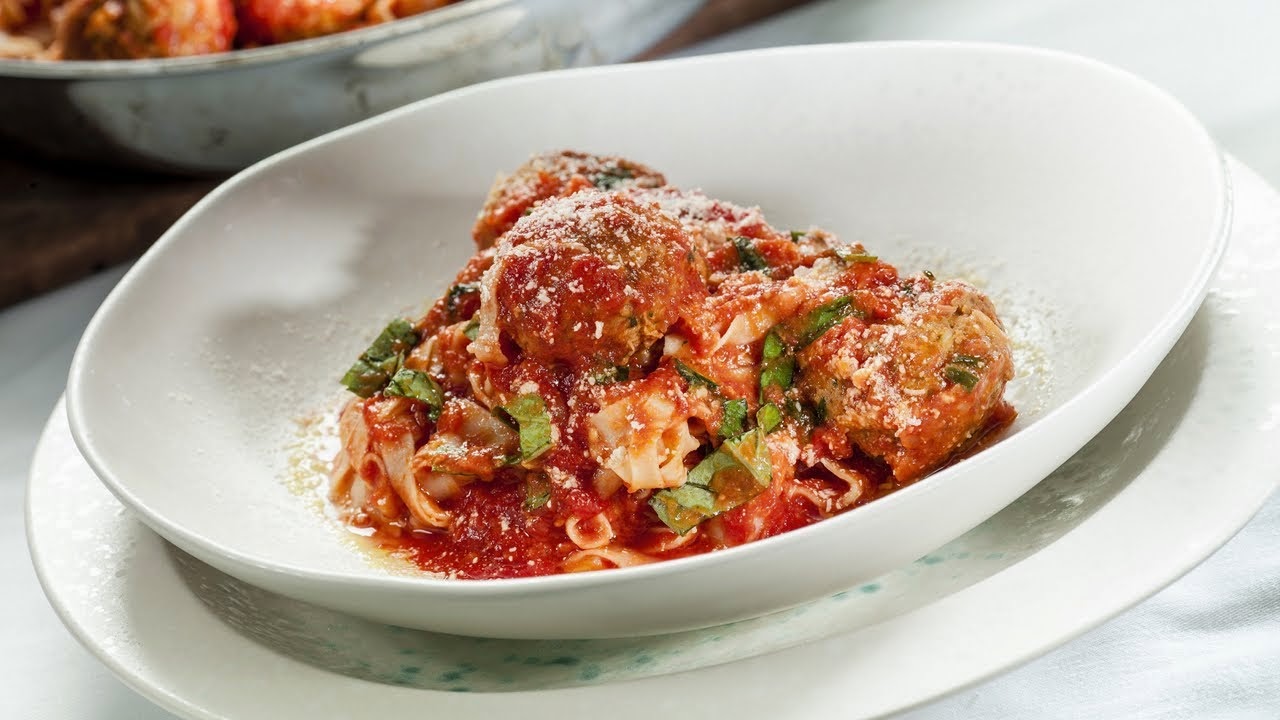 #9. From the other side of the Mediterranean come these meatballs made Sicillian with the addition of pine nuts and currants and the use of lots of garlic. 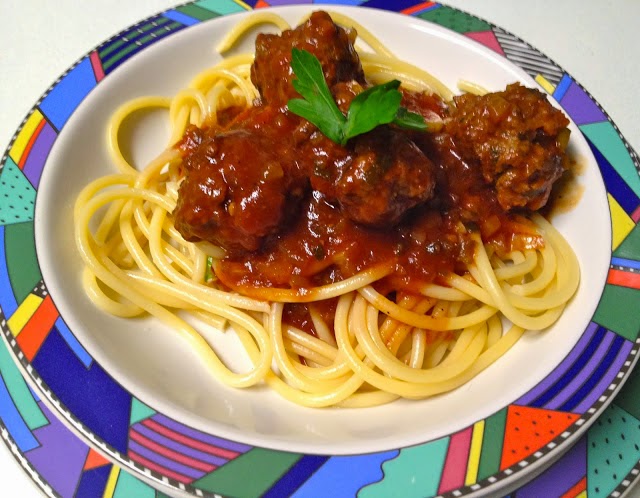 #8. Back home again, these are would be an all-American meatball were it not for the way we served them.  Healthy as all get out, just like the West where they came from.
https://chewingthefat.us.com/2013/10/spaghetti-western-bison-meatballs-in.html 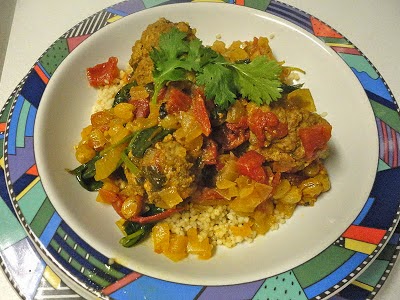 #7. Hopscotching across the Atlantic again, we land in Morocco for the first of three takes on Morocco’s idea of a meatball.  This one singles out a pound of ground beef and takes it from there.
https://chewingthefat.us.com/2012/01/moroccan-beef-meatball-tajine.html 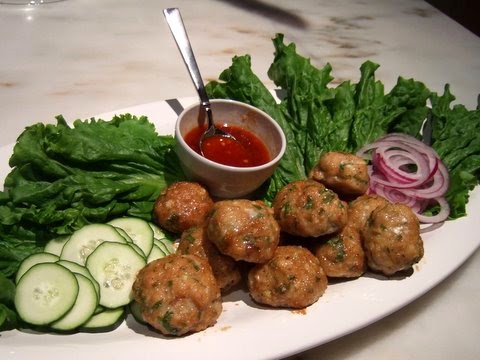 #6. Who’d have thought a Vietnamese take on the meatball would be so wildly popular with kids.  This chicken recipe has the double advantage of slipping into sliders with ease.
https://chewingthefat.us.com/2010/10/vietnamese-chicken-meatballs.html 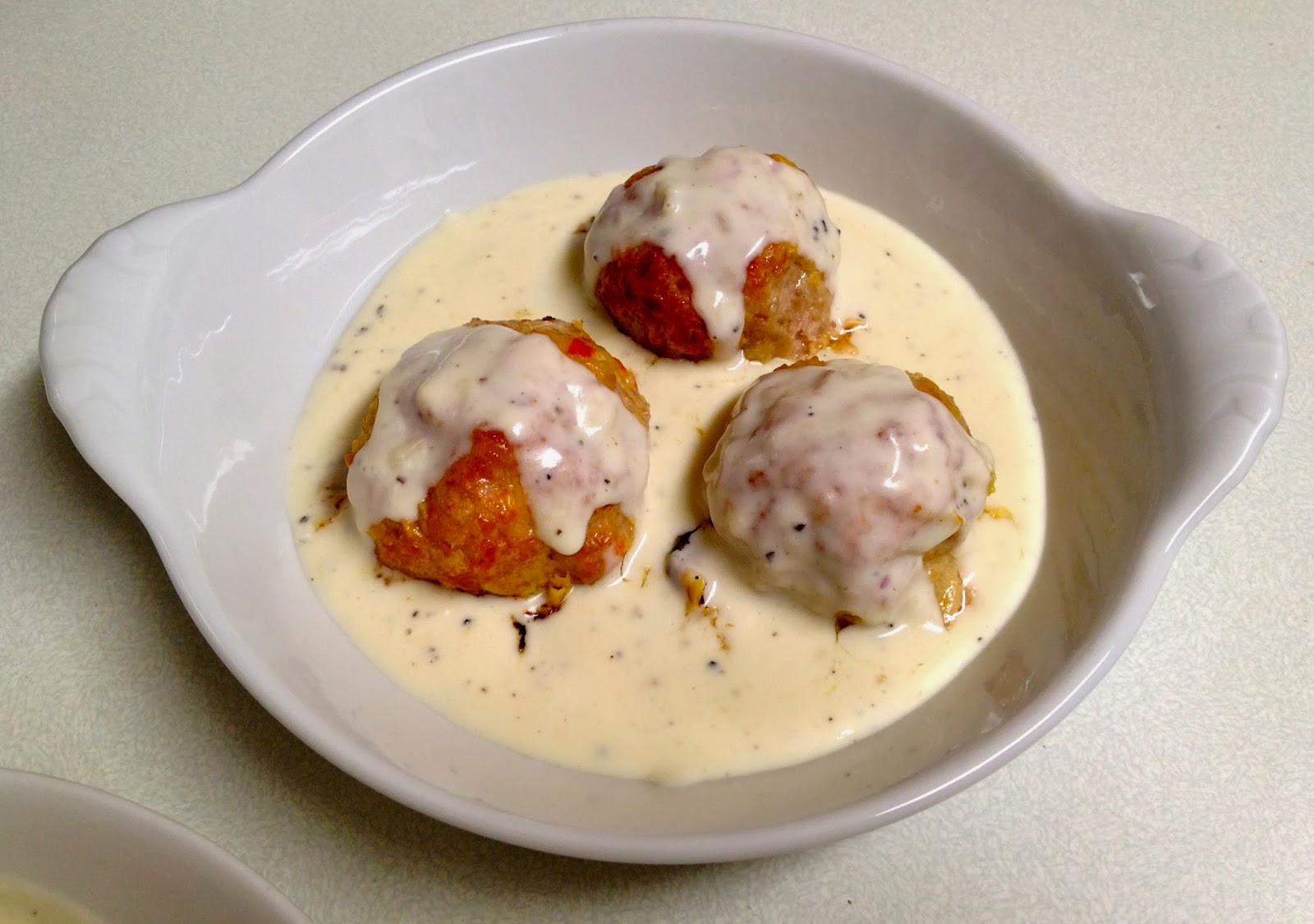 #5. This is actually a personal favorite so it’s not surprising it comes in where it does—in the top 5.  Showcasing the genius of New York’s The Meatball Shop, it’s garnered four hundred more page views than #6.
https://chewingthefat.us.com/2014/01/the-meatball-shops-spicy-pork-meatballs.html 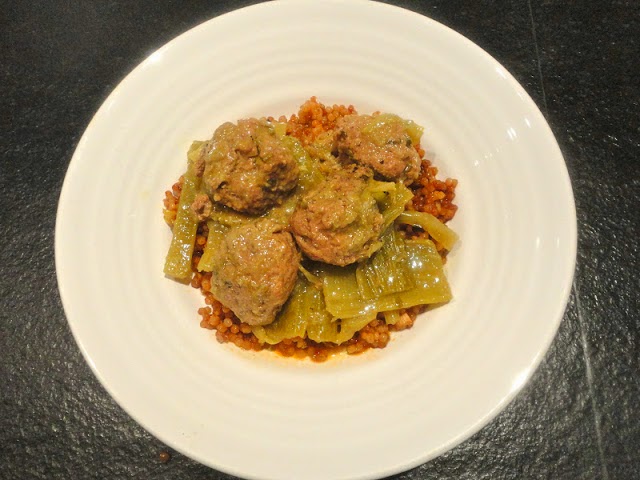 #4. We’re back on the road to Morocco.  This time it’s for a family that yields the tenderest meatball of the bunch.  And the way it’s served is not only different but it was a major taste discovery for me. 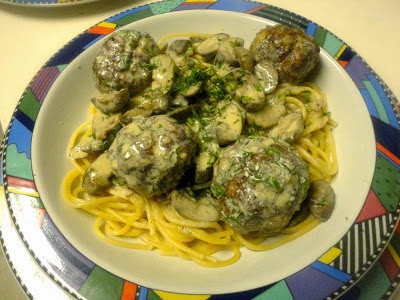 #3. Here’s a meatball that replaces one key ingredient in that classic dinner party dish of the 50s, Beef Stroganoff and makes it an easy weeknight meal.
https://chewingthefat.us.com/2012/11/make-ahead-meatballs-for-beef-stroganoff.html 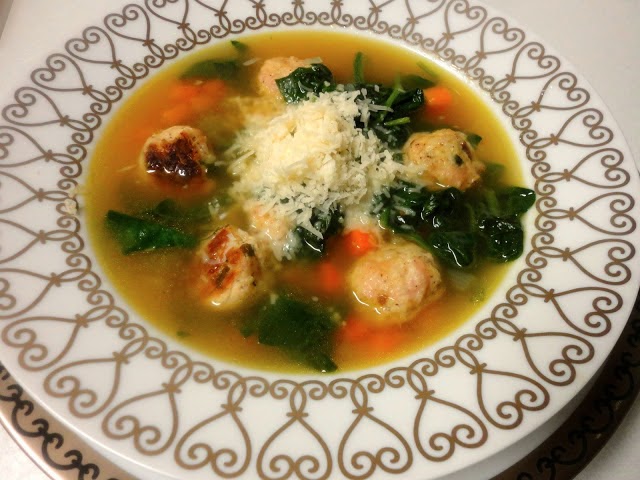 #2. It’s never a surprise when an Ina Garten recipe draws hundreds of readers.  But this one with its tender chicken meat balls, continues to astonish me with its staying power. It still gets hits almost every single day.
https://chewingthefat.us.com/2013/02/ina-gartens-italian-wedding-soup-and.html 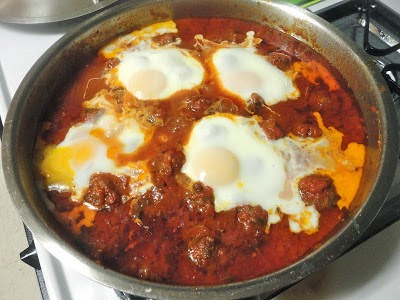 #1. I guess it shouldn’t be a surprise that Morocco scores the number one position among meatball recipes.  What is a surprise is that our winner is also the 7th most viewed recipe in the history of the blog.
https://chewingthefat.us.com/2012/05/moroccan-lamb-meatballs-in-tomato-sauce.html
Author: Monte Mathews
Filed Under: 12 Best Meatball Recipes, 12 Most Popular Meatballs, Beef Meatballs, Bison Meatballs, Chicken Meatballs, Meatballs, Moroccan Meatballs, Nicky Meatball, Polpette, Pork Meatballs
"Old Stoves", Saveur Magazine and Donatella Arpaia’s Mama’s Meatballs and Ragu
Weeknight Spaghetti and Meatballs: Beef and Pork Meatballs in Tomato Fennel Sauce