The 5 Most Popular Thanksgiving Recipes ever on Chewing the Fat Thanksgiving is my favorite holiday bar none.  Everybody in the country celebrates it from the Kashmiri Cab Driver to the Trinidadian Nurse to this Canadian immigrant.  It’s the most American of all holidays, even if Canada has something called “Action de Grace” or Canadian Thanksgiving.  This is held in October likely because by November, the frozen north often lives up to its name.  Even the Brussels Sprouts have frost on them. American Thanksgiving goes back to the first European arrival on these shores, in 1620.  Given that we’re almost at Thanksgiving’s 400th year, we were bound to get some recipes right by now.  We’ve had a terrific response to our Thanksgiving recipes. I thought we’d revisit the 5 most popular Thanksgiving Recipes. It’s my strong feeling that Thanksgiving isn’t the time for Tofurkey or experimenting of any kind.  It’s a meal so rooted in tradition that my goal is to make these classics the best they can be.  So for years, these recipes have been on our Thanksgiving table.  Without further ado…here they are in reverse order.  Drumbeat Please! 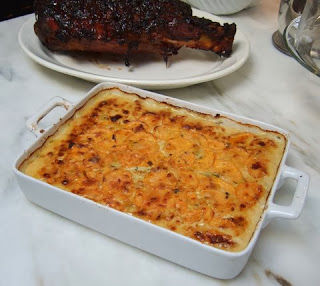 The fifth most popular Thanksgiving recipe is…a glorious side dish that combines Fall vegetables in a rich gratin that’s perfect with Turkey and Ham. Clink on the link below and go to the recipe.
https://chewingthefat.us.com/2011/11/thanksgiving-101-gratin-of-sweet.html 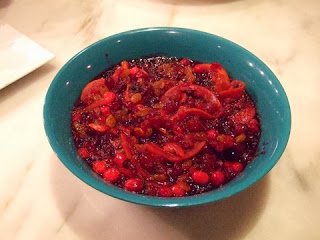 The fourth most popular Thanksgiving Recipe is…what else? Our Ultimate Cranberry Relish!  This recipe was carried across the sea..so it’s not only a great Cranberry dish, it’s got a great story that comes along with it… https://chewingthefat.us.com/2011/11/thanksgiving-101-ultimate-cranberry.html 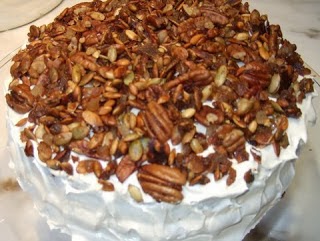 The third most popular Thanksgiving Recipe is…a Dessert that puts together two Thanksgiving favorites – Pecans and Pumpkin in one spectacular cake that I wouldn’t just save for this holiday. I know this one’s become a Thanksgiving tradition in more homes than one… https://chewingthefat.us.com/2011/11/thanksgiving-101-brown-butter-pumpkin.html
Prosciutto-wrapped Chicken Breasts stuffed with Black Truffle Goat Cheese, with Shiitake Mushrooms in a Marsala Sauce. Whew!
How to make Cheese a part of every Holiday Celebration