There are times when I just don’t want to post a recipe because it’s just too good.  It’s not that I am trying to keep it from you.  It is just that once a recipe hits Chewing the Fat, that’s the last Andrew and I will see of it.  We’ll move on to something else to cook. We may be still drooling over a cake that was moist perfection, or a savory pie that tastes out of this world. In the interest of creating content for Chewing the Fat, we will suck it up and move on.  But when it came to this particular recipe, I have been keeping it from you. I’ve made about five times.   It’s so perfect, we just wanted to eat it again and again.
Who doesn’t love Fried Chicken?  From the crunchy, crispy coating that you first sink your teeth into, to the juicy, moist meat underneath, as pure comfort food, it has no equal.  And who would guess that the absolute best fried chicken would hail from New York and a couple of Jewish guys whose recipe has taken the town by storm. 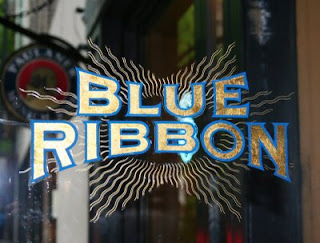 What makes this recipe so incredibly good?  There’s no overnight soaking in buttermilk, nothing complex at all.  There’s a bath in egg white followed by a dip into a simple mixture of Flour and Matzo meal.   Matzo meal gives this chicken its Northern moniker.  But it’s two other elements that add immeasurably to its delicious taste.  The first is a simple spice mixture with Cajun overtones that you sprinkle as generously as you like over the finished chicken. It adds just the right note of salt and spice to the dish. And there’s a drizzle of honey that delivers the coup de grace, a lovely encounter with sweetness atop the crispy chicken.

The last time I made this recipe, I was having 8 people to dinner so I made 3 chickens.  It was so popular three of the guests asked to take some home.   It’s worth making a lot of it because the leftovers can be quickly re-heated and the honey drizzled over them to get the whole affect.  There is a lot of splatter with this dish and I’d use a deep pan to try minimize it.  Also, be sure the separate the dark meat from the white and cook the former about three minutes longer.  Even though the breasts may be bigger in size, they dry out if you cook them too long. 10 minute seems ideal.  The golden crust is as good an indicator that the chicken is done as any thermometer.  I cook the chicken in batches, putting what’s been cooked into the warming oven. Ours has three heat setting and also a ‘dry/moist’ lever.  I set the heat on high and the lever to dry.  I leave the chicken in the oven until serving time.  I am sure you can serve this at room temperature but we like ours hot.  And please don’t leave forget the honey. It’s the icing on the cake.  Here’s the recipe:

A fantastic take on Fried Chicken made even more flavorful with a Spice and Salt blend then drizzled with honey.