Attention Trader Joe’s Shoppers: Our top 6 favorite discoveries and one we thought was a dud. 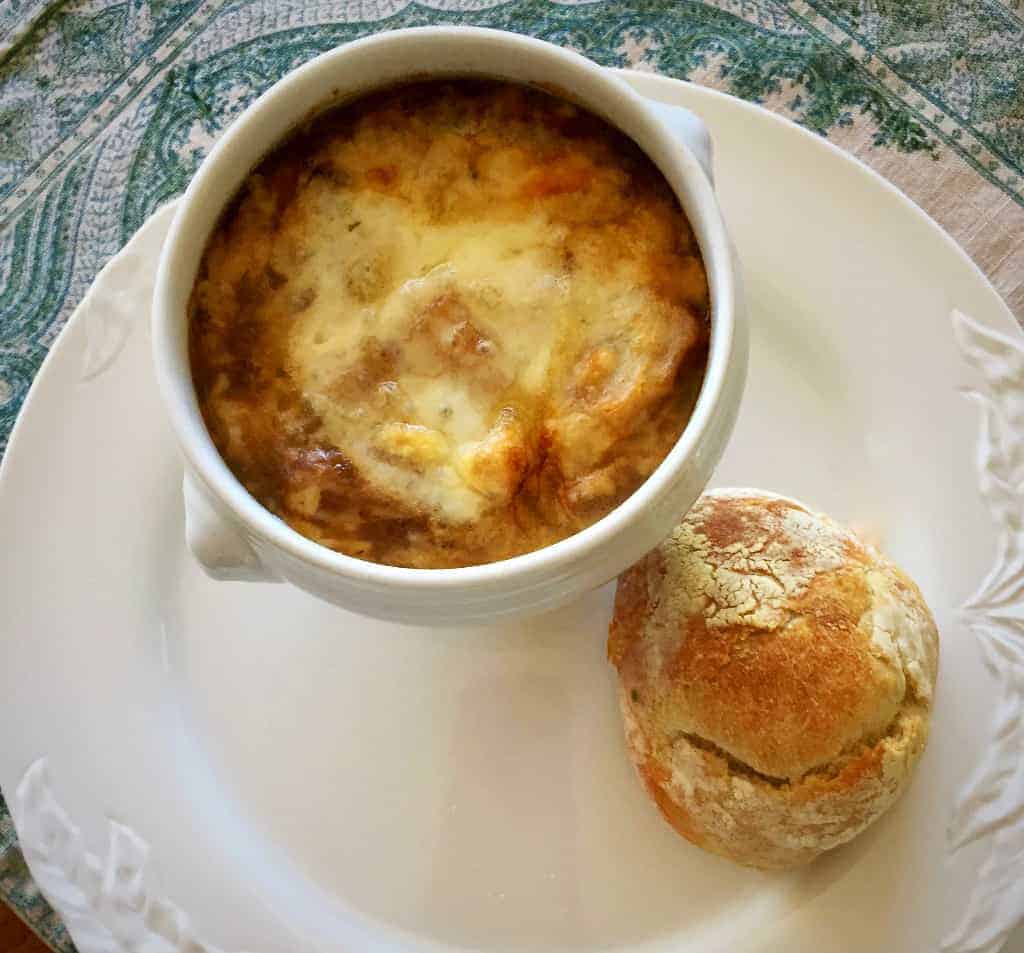 If you’ve spent any time reading this blog, you know I am a huge fan of Trader Joe’s and not just because there happens to be one just three blocks from our place in the city.   I will suffer the crowds for the convenience and also for a selection of really well-priced items.  I admire their commitment to quality and the store’s adherence to making even their enormous selection of frozen foods as free of preservatives as humanly possible. Since we try to avoid processed foods, it’s a pleasure reading ingredient lists that eschew artificial flavors too.  The only thing I won’t do is to stand outside the store in the frigid cold waiting to get in to the store. No joke, this happens at ‘my’ Trader Joe’s every weekend. I often wonder how TJ’s does it. And the answer is as close as their website. Pasadena, California in 1967.  That’s why TJs prices are often surprisingly low.   Interestingly, there’s never a Sale and you don’t have to sign up for a Frequent Shopper card to get the best prices. The way they keep prices low is buying direct from suppliers of everything from Almond Milk to Za-atar.  If an item doesn’t sell, it’s dropped from the lineup to be replaced by something else.  Their heft in the market guarantees great volume which in turn guarantees great wholesale prices. This allows them to pass savings on to their shoppers. They also eliminated one of the reasons food costs more: Retailers routinely charge suppliers “Slotting Fees” just to have their goods displayed and sold in their stores.  TJs eliminated those fees and that has a huge effect on the price consumers pay.  So now you know how they work, here are my latest examples of the best of Trader Joe’s.

The lead illustration in this post, contains three of my favorite recent TJ offerings even if you can only see two of them in the picture: 1. Half-baked Rolls (2.29 for 8 Rolls).  That gorgeous roll tastes like it came fresh from the best breadmaker in Paris. In actuality, it comes straight from your oven where you finish the baking process in 10 to 12 minutes. The hot roll has a perfect hard crust which, when broken into, explodes with a yeasty fresh bread smell as it reveals a soft, pillow-y interior. That interior is just made for butter and not just your un-salted stuff used for cooking

2. Brittany Butter (2.99 for 8 oz.) is imported directly from France. Even when the French suffered a butter shortage this summer, Trader Joe’s had this smooth yellow gold in stock. It’s salted because no respectable Frenchman would ever butter bread with anything other than salted butter. 3. French Onion Soup (4.99 for two 10 oz. portions). I am a particular fan of this frozen soup simmered with fresh onions, Swiss Cheese and Croutons. Two soups come in each package and they fit perfectly into classic Apilco Lion Head Soup Bowls. You can use a conventional oven or a microwave or a combination of both and have a piping hot bowl of soup in under 30 minutes.  Since great onion soup takes ages to make, this is a godsend if you’re pressed for time.  And as point of pride, the Soup is made in Dollard-des-Ormeaux, Quebec, Canada by a company called Les Plats du Chef.  Vive Canada!

4. I just read that “Everything but the Bagel Sesame Seasoning Blend”(1.99 for 2.3 oz) is one of TJs hottest new product introductions. I don’t doubt it. As a huge fan of “Everything” Bagels, anything that can turn anything from an English Muffin to a piece of toast into the salty, garlic-y, onion-y flavor of the real thing is a solid winner with me. 5. Call them Potato Pancakes if you wish but like any good New Yorker, they’ll always be latkes to me. Trader Joe’s Potato Pancakes ($2.49  For eight) You may have noticed their unheralded images on recent dinner plates—Chicken Confit comes to mind.  Lately, I’ve been using them in lieu of any kind of fried potato.  I cook them in the toaster oven, serve them with a dollop of sour creaml.  Again this is another preservative free offering.  Here’s the entire ingredient list: Potatoes, Onions, Water, Dehydrated Potatoes, Canola Oil, Matzoh Meal. Egg Whites Egg Salt and White Pepper. 6. Shaved Beef.(8.49 a lb.) This is Trader Joe’s gift to those who love Beef Stir Fries and Philly Cheesesteak Sandwiches. The super thin slices of quality steak cook very quickly. Nicely marbled too! Soon, I will follow this up with a recipe featuring Trader Joe’s half sized baguettes that I used for my version of the Cheesesteak.

And one dud… According to Trader Joe’s “If an item doesn’t pull its weight in our stores, it goes away to gangway for something else”.  I have a strange feeling spell check didn’t catch “gangway” which I am pretty sure was supposed to be “make way”.  Take for example, the Hasselback Potatoes (3.79 for two) sold before Christmas. They were a big disappointment.  They’re sometimes called Accordion Potatoes because they’re sliced at intervals making them look like the musical instrument.  Originally invented in the 1700s at a Stockholm, Sweden

restaurant called Hasselbacken, the potatoes are made with an herb-infused oil.  The result is supposed to be a potato with a creamy inside and a crispy skin.  TJ’s Hasselbacks, made in France, were flavorless, the interior had a texture like mashed potatoes and the skin was not crispy at all.  This was a seasonal item this holiday.  My bet is they won’t be back next year.

That’s it for the good and the bad at TJs.  Please feel free to use the comment section to let us all know what you like at Trader Joe’s too.  We’d love to hear from you.

10 thoughts on “Attention Trader Joe’s Shoppers: Our top 6 favorite discoveries and one we thought was a dud.”