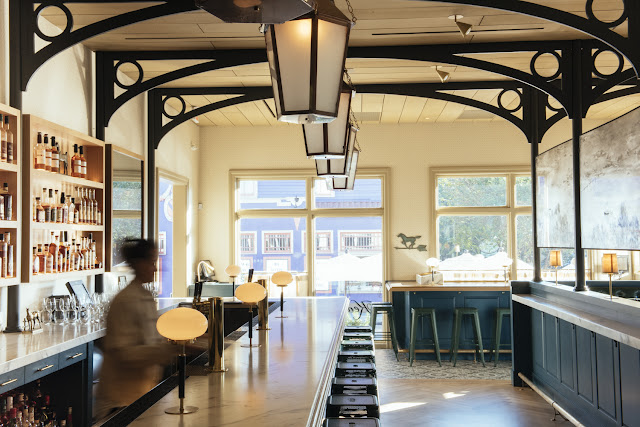 By Monte Mathews
Staff Writer
Kenton’s is devoted to the all-American spirit locals love.
In a town where one of the main thoroughfares is called Bourbon Street, there just has to be a restaurant dedicated to the whiskey that shares its name. That restaurant is a place called Kenton’s Food and Bourbon. Located away from the hubbub of the French Quarter, in New Orlean’s Garden district, Kenton’s is a shrine to bourbon. Its menu lists no less than 150 kinds of the brown gold liquor, and you can find bourbon cooked into many of the menu items.
Sean Josephs, who owns Kenton’s with his wife, New Orleans native Mani Dawes, says that his passion for bourbon grew out of his studies as a sommelier. Along with his wine studies, he learned much about spirits and was amazed at the quality and complexity bourbon delivered relative to its price. “Even the most young and humble of bourbons can deliver a profound drinking experience,” he says.
The couple’s first bourbon-themed establishment was the now-closed Char No. 4 in Brooklyn. They subsequently opened Maysville, in Manhattan’s Flatiron District. (They also have the popular Chelsea tapas bar Tia Pol.) Maysville’s name is an homage to the town of Maysville, Kentucky, whence Kentucky’s pride and joy was shipped out on flatboats, floating downriver to New Orleans, where the real partying began. Kenton’s, in turn, is named in honor of Simon Kenton, who founded Maysville. (It’s worth noting that Maysville is in Bourbon County, and that Louisiana was first settled by the French, who named the place Louisiane after their king, Louis XIV — whose family name was Bourbon.)
In a city that prides itself on letting the good times roll, nothing comes close to the annual celebration of Mardi Gras, the holiday preceding the 40 long days of Lenten reflection on the Christian calendar. This event tends to be a blowout of major proportions, and so we spoke to Josephs and Dawes about how Mardi Gras is celebrated at their restaurant.
“New Orleans has always been a whiskey lover’s town,” says Josephs, “dating back to the 1700s when bourbon aging in oak barrels made the journey down the Ohio and Mississippi rivers. This history makes it a special New Orleans drink, especially during celebrations like Mardi Gras. Around Mardi Gras time, New Orleanians love to drink classic whiskey cocktails native to the city.  The Sazerac, the Vieux Carré, and the Bourbon Milk Punchwere all invented here. (Their recipes follow.)  At both Kenton’s and Maysville, we’ll bring out the barrel-aged Sazeracs and king cake.” 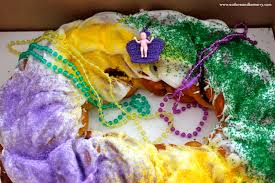 The cake has a special place in New Orleans traditions. A small plastic baby is baked into the cake and the person who gets the slice with the baby in it, has to host the next party. Josephs went on to talk about what makes for a great Mardi Gras party: “People who live on parade routes open their doors and feed their friends, neighbors, and even strangers. Locals also celebrate Mardi Gras in the weeks leading up to the big day by hosting lively daytime ‘luncheons’ with friends. There is a lot of good eating, day drinking, and occasional table dancing.”
As to exporting New Orleans’ “Party of the Year,” to New York or elsewhere, Josephs says ”You simply can’t. You’ve got to see it to experience it. But you can start by hosting a party for your friends and neighbors with great food, a playlist of New Orleans music, and, of course, flowing drinks.”

And what’s Sean’s favorite way to quaff his favorite beverage?  “A large cube of ice is generally my preferred approach. It melts slowly, allowing the bourbon to gradually decrease in proof, which releases aromas and flavors that cannot be detected until the percentage of alcohol has been lowered. Also, ambient room temperature in America is quite warm and the bourbon needs a slight chill on it in order to reach ideal drinking temperature.” Salut!  And here are the recipes for 3 iconic New Orleans cocktails. 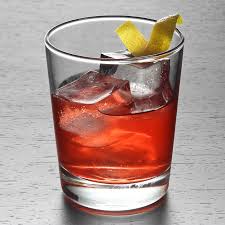 Sazerac
1  cube sugar
1 1/2  Ounce  Buffalo Trace or other Bourbon
1/4  ounces Herbsaint
3  Dashes of Peychaud’s bitters
Lemon peel
Pack an old-fashioned glass with ice. In a second old-fashioned glass, place the sugar cube and add the Peychaud’s bitters, then crush the sugar cube. Add Buffalo Trace bourbon to the second glass containing the Peychaud’s bitters and sugar. Empty the ice from the first glass and coat the glass with the Herbsaint, then discard the remaining Herbsaint. Empty the whiskey/bitters/sugar mixture from the second glass into the first glass and garnish with lemon peel. 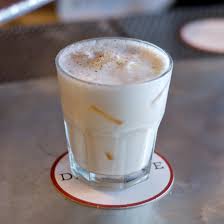 In a cocktail shaker, combine the cereal milk, bourbon, and vanilla extract with 3 ice cubes and shake until frothy, about 30 seconds.
Strain into a double old fashioned glass filled with ice.
Garnish with a dollop of whipped cream and a dusting of nutmeg. 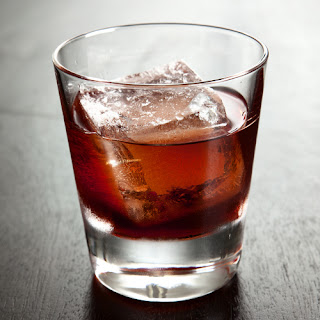