Some places are total surprises.  I would have to say that the entire country of Portugal was one.  But second to that was the arrival this morning at La Coruña in Galicia in the Northwest corner of Spain.   The surprise here was the size and modernity of this beautiful city. We awoke to one of its signature sites.  The Galleries La Coruna are balconies closed with carpentry of wood painted white and with a large area of glass that function as a kind of enclosed balcony.  Our stateroom’s balcony overlooked the most famous of these on the Avenue Marina. The galleries are actually the rear facades of houses. The purpose was to allow the sunlight to enter inside the houses.  The houses themselves faced away from the port largely to avoid the smell of fish which arose from the port.   Now, of course, their views over the yacht basin are highly prized. Surrounded by water, La Coruna is a prosperous place.  This may be the achievement of one man.  If the name Amancio Ortega doesn’t ring a bell, the 80 year old will likely be delighted that you don’t.
His fortune makes him by far the richest retailer in the world.   Now if Señor Ortega’s name is unfamiliar, perhaps you are aware of his company: Inditex.  No? Well then perhaps you recognize the name “Zara”. 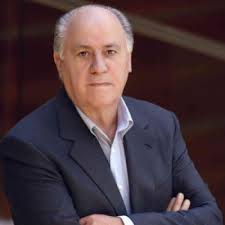 Señor Ortega is the world’s second richest man, falling just under Bill Gates with a net worth of $70.3 billion dollars.
Zara and Inditex’s other stores number 6000 and its employees number 92,000.  But Señor Ortega is a notoriously private person. By coincidence, our Viking excursion guide in La Coruña, a young woman named Gloria, also works for the Ortega family.  She claims that Ortega walks about the city freely and unrecognized.  That may be because no photograph of the man had been published since 1999.  He apparently refuses to wear a tie, walks around town in a blue blazer, white shirt and gray pants none of which are made by Zara. Ortega announced his retirement in 2011 but to this day he is said to take a very active part in the production and design process. 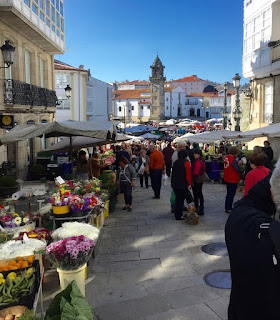 As much as I love cities, I also love to get out into the countryside, which is what Andrew and I did.  After a brief drive around the city, we headed out of town, our destination a Medieval town called Betanzos.  On our way there, we passed houses and gardens of all sizes and status.  The one thing that stood out was the passion with which people kept their property.  They were all clearly matters of great pride to their owners.  Once we reached Betanzos the town of 13,500 inhabitants was filled with shoppers to its market which completely covered the center of town.  And this Spring Sunday the market was filled with flats and flats of annuals and vegetables to plant in those wonderful gardens we’d seen en route. 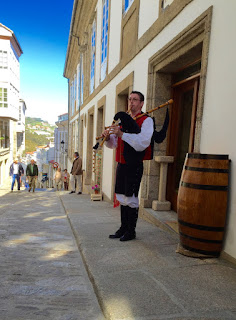 After the mandatory visit to the towns cluster of Medieval churches, dating from 1387, we were left to our own devices, meeting back at a central location for our visit to a local cheese maker.  Galicia has the distinction of being the last stronghold of the Celtic tribes in Spain.  This explains why so many people at the market were fair-skinned and looked like they belonged in Ireland or Scotland.  And a lo and behold, the cheesemaker Juan pulled out his bagpipes, called Gaitas and serenaded us with music I last heard in the Highlands.  A very simple cheese was made and we sampled a plate of other cheeses which seemed to vary only in age and not particularly in flavor. 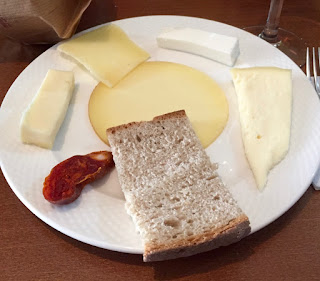 We left Betanzos and took a super highway back to La Coruña which put us on the ship in no time.  It was a beautiful day and we chose to spend the afternoon aboard ship just wiling away the time and enjoying the pleasures of lollygagging aboard Viking Sea.