As I was working my way through last month’s Food and Wine, I came to an overhead shot of a crispy, toasted tortilla topped with bright red chiles and cilantro leaves.  I was taken with the photo and I was consumed by the recipe. It’s vegetarian so perfect for those meatless meals I am trying to achieve at least once a week.  And I love a great Quesadilla, with the cheese oozing out the sides of the tortilla and filled inside with any number of meaty ingredients like a tinga of puerco, pollo or carne.  This Quesadilla has none of those.  Instead it’s filled with a smoky flavored salsa made with roasted tomatoes, onions and garlic, thin slices of zucchini and as much Monterrey Jack cheese as you can stuff into it.  It’s pure Mexican street food but it was invented in a place that’s about un-Mexican as anywhere in Los Angeles CA. It’s on Beverly Boulevard between Beverly Hills and Hancock Park.

Chef Walter Manzke has been involved with food since his childhood in San Diego but it was in neighboring Tijuana that he got much of his inspiration for Petty Cash, which is referred to on their own website as a ‘semi-authentic taqueria’      (www.pettycashtaqueria.com). With his partner Bill Chait and a whole kitchen full of authentic Mexican cooks, Chef Manzke has created a menu of classic Mexican street food with a California twist. Everything is local, seasonal and sustainable.

The place itself is a treat:  Hand painted murals—even some graffiti done by the kitchen staff—cover the walls.  The dining area surrounds the bar with communal picnic tables and benches. There’s even a back room with shuffleboard. The name of the place, Petty Cash sounds like a fairly obvious sign that this is wallet-friendly food.  In fact, the taqueria takes its name not from the cash drawer but a cover band of the same name that confines their performances entirely to Johnny Cash and Tom Petty covers.  Don’t ask me why, because I could not find an answer. The Chef must just enjoy the band.  Petty Cash is at 7360 Beverly Boulevard, Los Angeles CA 90036. You can make reservations on www.opentable.com.

On the other hand, you could just stay home and produce Petty Cash’s Zucchini Quesadilla all by yourself.  First you roast some tomatoes, garlic and an onion under the broiler.  I cheated a bit here because I had an opened container of Pomi Tomatoes and since the dish goes right into the blender, I saw no reason not to use them. When the tomato season arrives however, I’d go with the real deal and broil those instead.  As to the chiles, arbols are easy to find, Fresno chiles not so easy,  but if you have trouble, substitute the ubiquitous jalapeno.  Also, the cooking instructions recommended using a blender to make the Rioja Salsa.  I wish my blender had come through on this one but I would substitute a Cuisinart in a second.  A blender is perfectly fine for pureeing but in this case there are 6 fairly woody chiles that it has to grind up.  Mine just didn’t do it right.  So I ended up with two things to clean: A blender and a Cuisinart.  The rest of it is a snap.  Just slice your zucchini about 1/8 inch thick, put the slices on a tortilla that’s in the cooking pan and cover that with lots of cheese. Spread the red salsa on the other tortilla, and top that with the salsa covered one.  The recipe called for cast iron. I was making two of these and wanted to cook them at the same time so I used two non-stick skillets.  The dish emerged from them perfectly browned.  And here is the recipe. 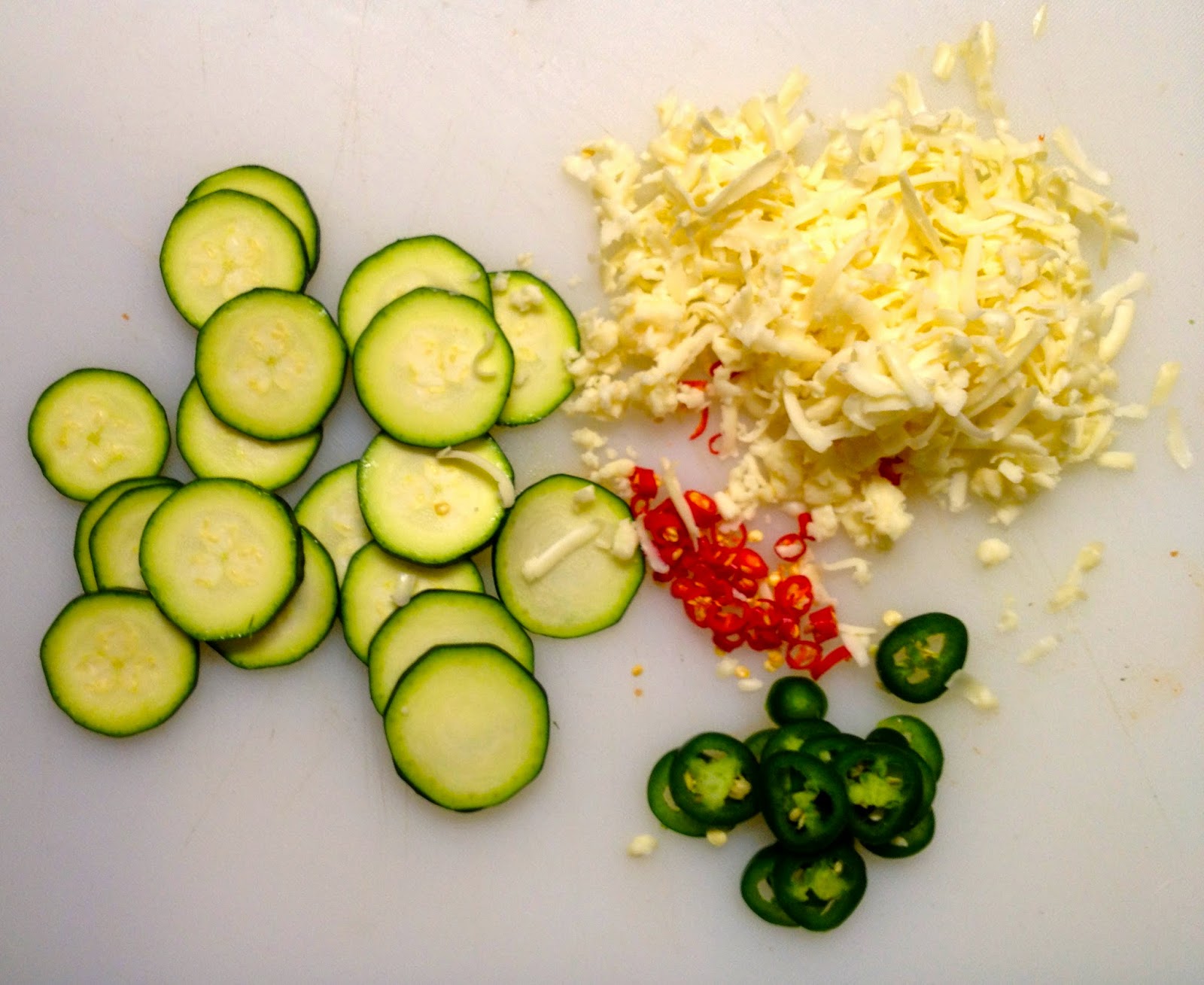 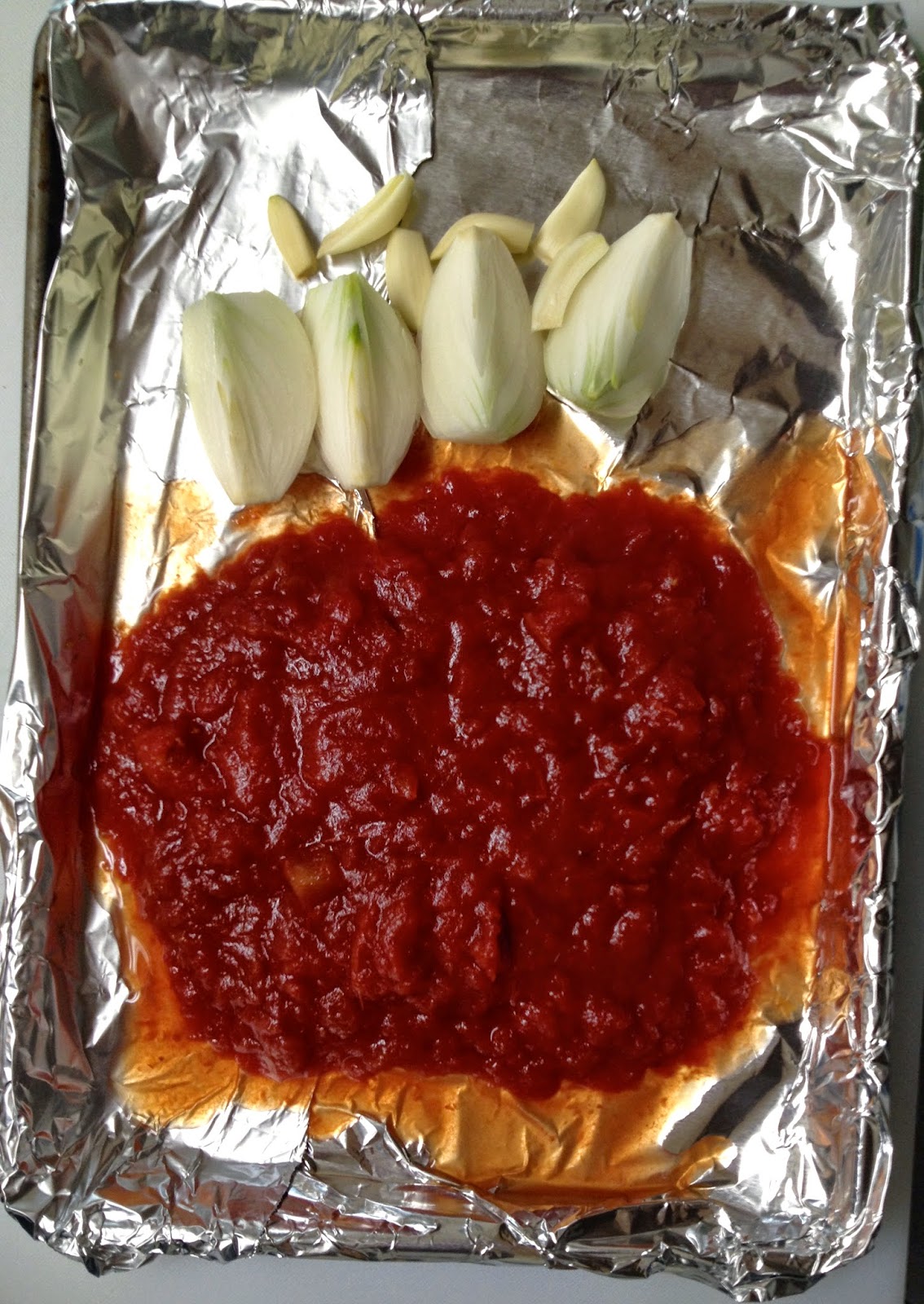 1.
Preheat the broiler. On a rimmed baking sheet, toss the tomatoes, onion and garlic with 2 tablespoons of the oil. Broil 6 inches from the heat for 20 minutes, or until the tomatoes and onion are softened and nicely charred.
2.
In a skillet, toast the árbol chiles over moderately low heat, stirring, until lightly charred, 3 minutes; transfer to a blender. Add the broiled tomatoes, onion and garlic along with the chipotle chile, vinegar and sugar and puree until smooth. Season the salsa roja with salt. 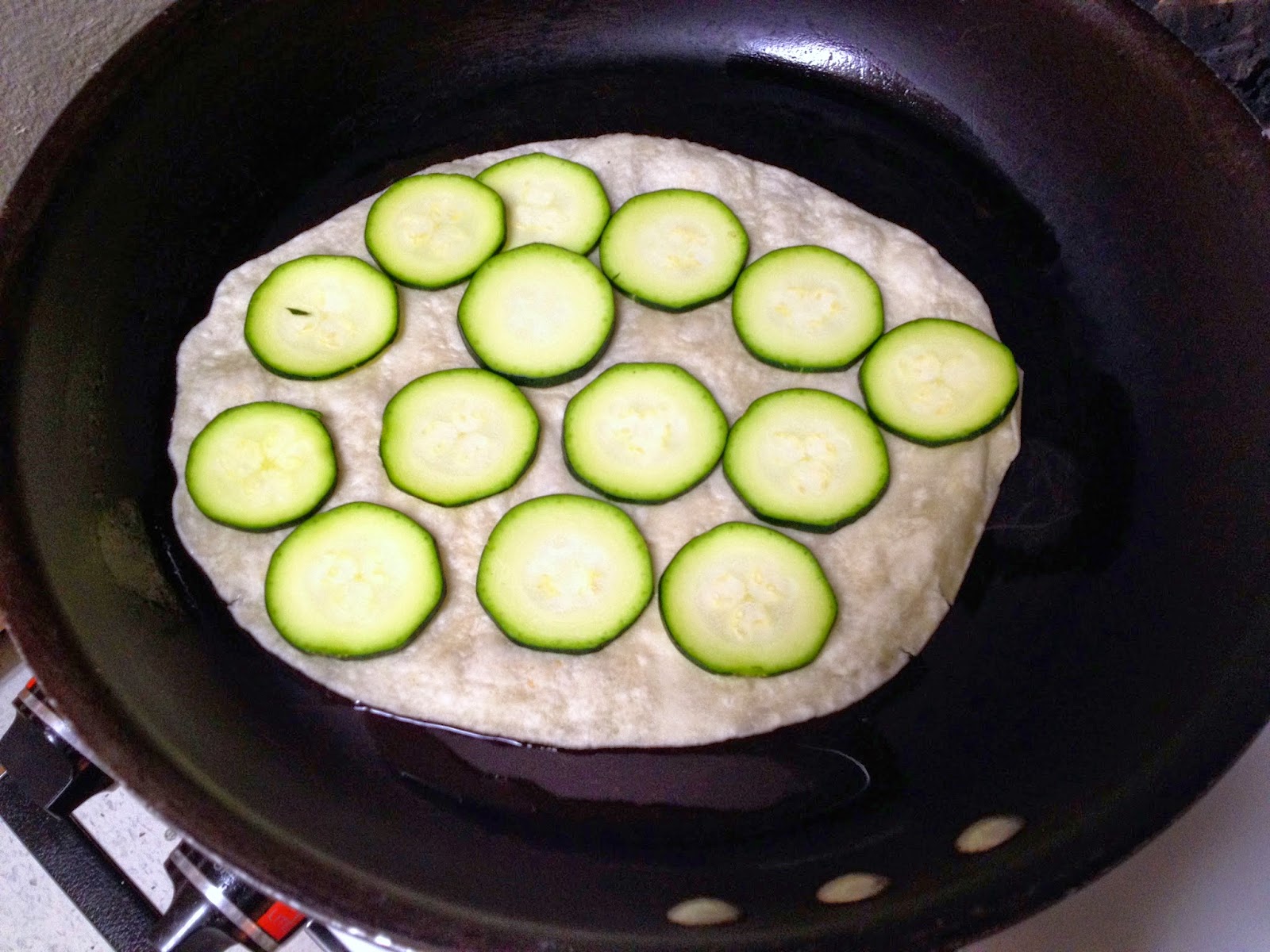 3.
In a cast-iron skillet, heat 1 tablespoon of the oil. Place one tortilla in the skillet and place the zucchini on top evenly. Top the zucchini with half the cheese.  Brush half the the salsa roja  over the second tortilla. Cook over moderately high heat until crisp on the bottom, 3 minutes. 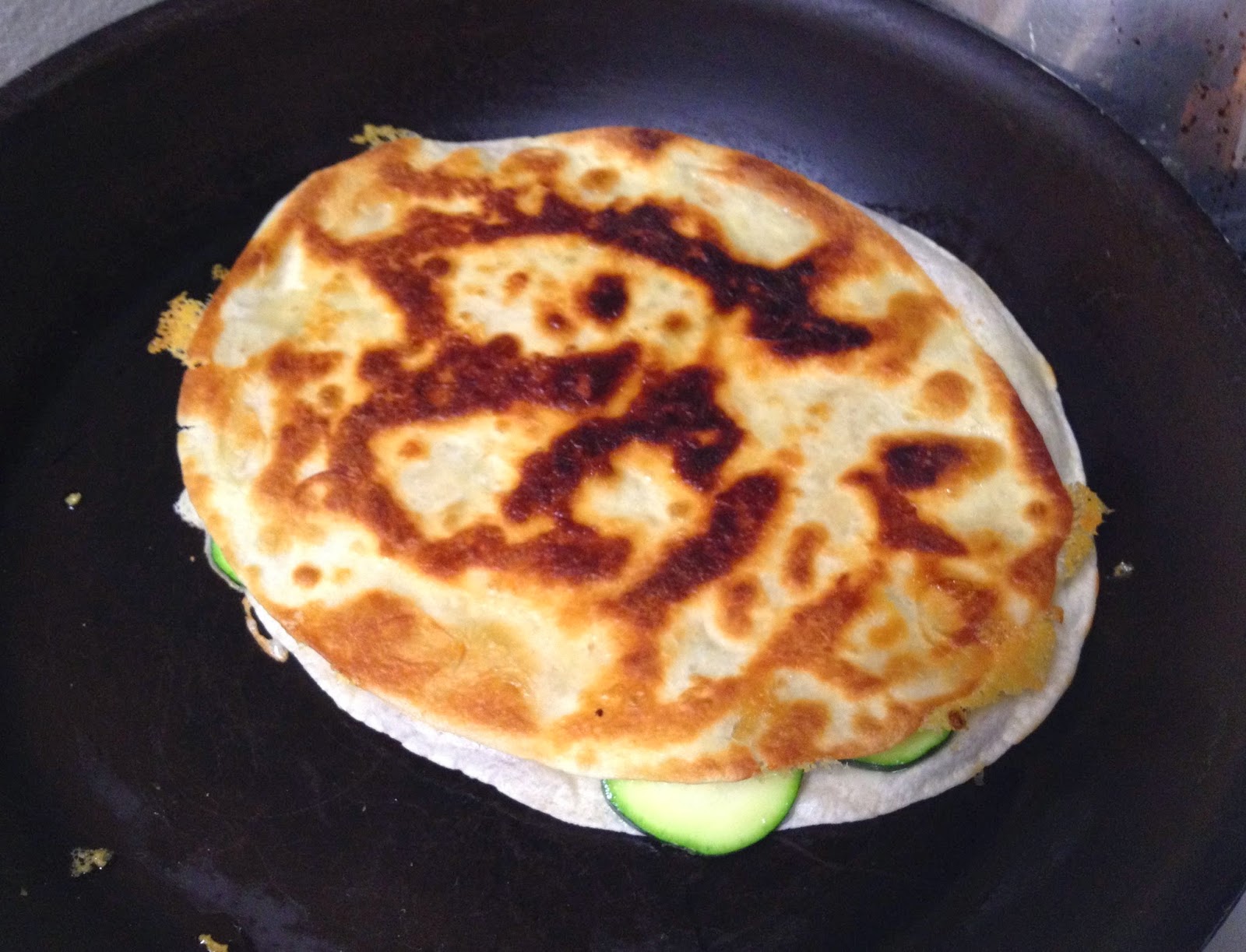