A Revelation: A Roast Beef that’s almost Filet-tender at about 1/5 the cost. And it cooks with almost no effort at all.

Mix together the lettuce and the dressing and allow to sit, stirring            occasionally for 30 minutes.  Drain excess liquid. 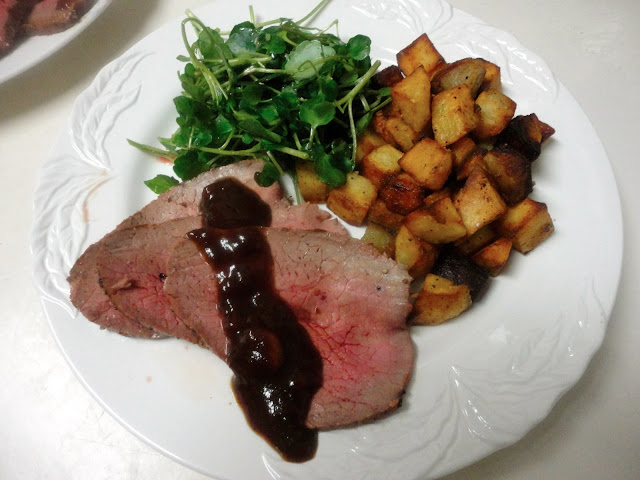 This one of those food discoveries like tasting Burrata for the first time and wondering if you’ll ever go back to regular Mozzarella. Or the discovery of Balsamic Vinegar and using it on everything from strawberries to chicken breasts.  It’s that earth shaking.  You take one of the least expensive cuts of roast beef – an top or bottom or eye round – you blast it with heat in a 500 degree oven for five minutes a pound then turn the oven off completely.  Two hours later, you pull out an absolutely perfect rare to medium rare roast, so tender it rivals a filet mignon. 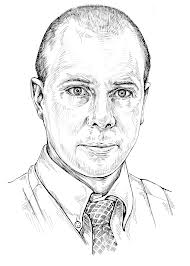 This recipe was featured in the New York Times Sunday magazine last January in an article by Sam Sifton. Mr. Sifton is National news editor at the Times. Not too long ago he was the Dining Editor of the paper. A few years later, he followed Frank Bruni as the newspaper’s Restaurant Critic.  That job is, by all accounts, not all it’s cracked up to be.   It involves multiple visits to restaurants while desperately trying not to be recognized.  Supposedly, some restaurants post pictures of prominent reviewers.  If they’re spotted in the house, the whole place goes into overdrive to guarantee the reviewer the best of everything. Ruth Reichl wrote an unforgettable review where she assumed the identity of a schlumpy Mid-Western tourist and compared her treatment to that of the New York Times Critic.  It wasn’t pretty.   Both Ms. Reichl and Gael Greene of New York Magazine used physical disguises to avoid this treatment.  All in the name of assuring that the food and service given to the reviewer exactly what the rest of us can expect.  Mr. Sifton was particularly adept at reviewing restaurants but he left the job in 2011.  It’s good to see him return to the food beat and this Times article, entitled “Louisville Slugger”, was no exception. 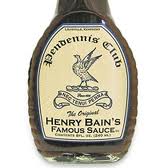 The article revolved around a very special sauce invented by the Headwaiter of The Pendennis Club in Louisville KY, a man named Henry Bain.  The sauce is a mixture of chutney, steak sauce, chili sauce, Worcestershire sauce, and ketchup.  Mr. Bain, who died in 1928, lives on at the Club which started marketing the stuff a few years ago. The sauce, recommended for steaks and game, is ‘interesting’ and I will share the recipe but the wonder of this dinner has to be the roast beef. 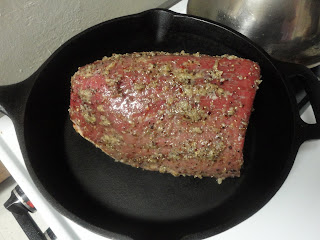 Since roast beef was a staple on my family’s Sunday dinner table, I do feel I know my way around a great piece of beef.  These great big roasts would appear weekly, tied in string with a fat cap that melted into the crisp potatoes at the bottom of the roasting pan.  I would eat as much of the salty, crunchy, peppery crust as I did of the beef itself.  Somehow my arteries survived and I have loved roast beef ever since.  Today’s take on how to make roast beef isn’t at all the way I saw it being roasted as a child.  Mr. Sifton calls it ‘a faith-based roast’.  It does fly in the face of what you might know about roasting. You take a relatively inexpensive piece of beef, rub it with a garlic-salt-and-pepper paste and put it into a very hot oven for 5 minutes a lb. After your five minutes a lb. is up, you turn the oven off and walk away.  Never are you to open the oven until the two-hour mark. Then you pull out a perfect rare roast beef.  Now that I’ve done this, I will confess to two hours of teeth-gnashing concern that I was ruining dinner.  The  2.81 lb. roast I cooked stayed at 500 for two minutes too long.  I fretted.  But the two-hour timer rule was obeyed to religiously.  I pulled the roast out and voila!  I simply couldn’t believe how perfectly cooked the meat was.  But the real surprise was how tender it was, how juicy, how easily it sliced as I slid it onto a plate with Duck Fat Potatoes and Watercress dressed with a very little olive oil and some salt and pepper.  And believe it or not, there’s a second reward to be had with this roast.  Sandwiches! 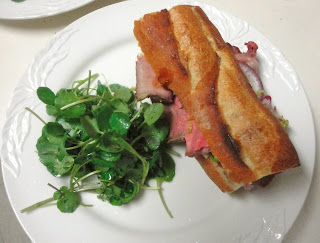 Mr. Sifton has his sandwich sources.  He called on a man named Tyler Kord, whom he referred to as the ‘king of the No. 7 Sub restaurants’, which are located in Brooklyn and Manhattan. One is located in Greenpoint, Brooklyn at 931 Manhattan Avenue.  The Manhattan locations are in the Ace Hotel, 1188 Broadway at 29th Street and the Plaza at 1 West 59th Street.   Chef Kord suggested that in addition to great bread (ours came from Balthazar, the best baguette I’ve found in New York) and our roast beef, that we make something called “Pico de Lettuce”.  The flavor of Pico de Lettuce might be compared to a salad that’s been dressed and sat out on the buffet for an entire dinner hour. In fact, Mr. Kord tried calling it “Dead Salad” on his menu to no applause whatsoever, hence “Pico de Lettuce”.  With some grated horseradish on the sandwich, the Pico livens up the cold roast beef and seems a great pairing with Henry Bain sauce smeared over the bread.  Here are the recipes: 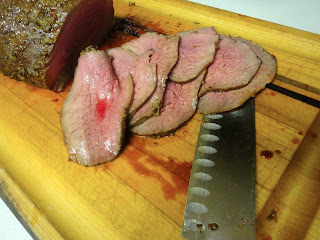 In a small bowl, mix together salt, pepper, garlic, olive oil and red-pepper flakes to create a kind of paste. Rub this all over the roast. Place beef in a roasting pan or cast-iron skillet, fat-side up, and put in oven. Cook undisturbed for 5 minutes per pound.

Turn off oven. Do not open oven door. Leave roast to continue cooking, undisturbed, for two hours.
After two hours, remove roast from oven. Slice and serve alongside, ideally, a watercress salad, some skillet-fried potatoes and a small tureen of Henry Bain sauce.

Recipe for Henry Bain Sauce from the Pendennis Club in Lexington KY. 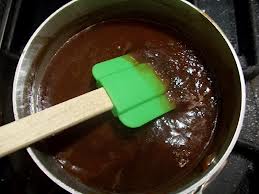 In a small pot set over medium heat, stir all the ingredients except the watercress. Heat until slightly thickened, then remove from heat. Allow to cool and refrigerate until ready to use.

Just before serving, if you like, stir chopped watercress into the sauce.
Recipe for Pico de Lettuce from Tyler Kord of No. 7 Sub
Note: This seemed like an awful lot of lettuce to me so I cut back and  used about 6 leaves of Romaine.
1 head romaine lettuce, cleaned, dried and cut into chiffonade
1 clove garlic, peeled and minced
1 small red onion, or half a medium-size one, peeled and sliced very thin
1 teaspoon lemon juice
1 teaspoon white vinegar
1 teaspoon olive oil
Pinch of salt 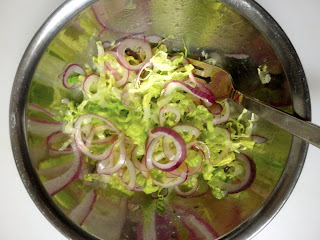 Put the lettuce into a medium-size nonreactive bowl. Set aside.

In a small nonreactive bowl, combine the other ingredients and whisk.
Taste and adjust seasonings. 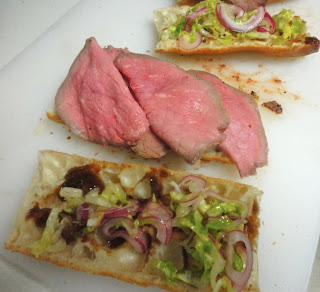 10 thoughts on “A Revelation: A Roast Beef that’s almost Filet-tender at about 1/5 the cost. And it cooks with almost no effort at all.”