This morning I got an email from an old friend and devoted reader of Chewing the Fat.  He lives in Weehawken, NJ, which is one of the areas hard hit by Hurricane Sandy.  He wrote: “I find myself cooking from my dried and canned/jarred goods tonight, over my stove burner.  Would you consider doing a post about how to mix the stuff you have after your fridge and freezer are out of order?  I’m sure lots of folks have tons of stuff that doesn’t need to be refrigerated, but how to mix it all up?  Just a thought.” And a terrific one at that! So here’s what I hope will help all those struggling with power failures and cold and food that’s got to be used in a hurry if it can be used at all.  Here’s my suggestion: Make Soup! 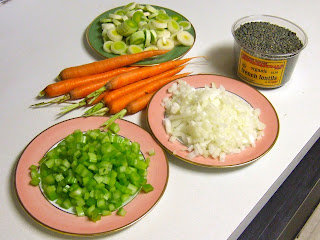 Soup making is amazingly easy and amazingly versatile.  Soups can range in texture from purees to stews.  Almost any ingredient can be put into soup and you may find some of your combinations create fantastic new flavors that you’ll want to make again long after this ordeal is over.  Let’s start with some hypotheticals.  If you have frozen peas or any other frozen vegetables that have defrosted in your defunct freezer, they can be used with impunity.  Unless of course, the smell is the least bit off.  The sniff test has to be your guide for whatever you are going to put into the soup pot.  Look in the vegetable drawer.  If you have onions, celery, carrots, you’ve got the base for a great bowl of soup. Then see what else you have in the fridge. A potato or two, a piece of ginger perhaps?  Do you have leftover rice from Chinese Take-Out?   Looking in the pantry, do you have a can of tomatoes? Chick Peas? Beans?  Do have any small pasta like Fusilli or Orzo or Ziti?   All good! And if you have stock or broth of any kind, you’re really in business.  But even if you don’t, plain water will give your soup the liquid it needs. 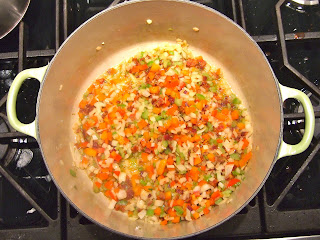 First, take whatever fresh vegetables you have and dice them into ½ inch pieces.  Then take out a large pot and put some olive oil in it.  Heat the olive oil then add all the diced ingredients and cook them over medium heat until they’re softened.  Next cut up the potatoes or whatever other vegetables you’ve rescued.  Open the can of tomatoes. Do the same with beans, if you are using them. Add all the canned and frozen vegetables you’d like to your soup pot and then add 6 cups of either broth or water or a combination of both. Bring the soup to a boil and then turn it down to a simmer. Add Salt and Pepper to taste and taste the soup often.  You can add virtually anything in your spice rack for more flavors–Thyme, Oregano, Chili Powder even Red Pepper Flakes to give it a little heat.   Let the soup simmer away for a half hour or so adding liquid if it needs it at any point.  If you’re going to use pasta, follow the package instructions and add the pasta for the cooking time recommended.  Pour the finished soup into bowls.  Any cheese in the house?  Grate it over the top of your finished soup and serve.  Thanks James!  And we’d love to see a picture of how this comes out.
I’ve been making soup for days.  And by the look of my freezer, we have plenty to keep us going, as the weather gets colder.  We were so fortunate, compared to so many millions of our fellow East Coasters, not to have been devastated by Hurricane Sandy and its aftermath.  In New York City, we never lost power and as howling as the winds were, they never blew in our windows. Out at the beach, at this writing, there’s still no power on this the fifth day after the storm.  We lost a couple of trees but the house, which was built to withstand 125 mile an hour winds, came through with flying colors.  As the wind howled outside, I made soups.  And believe it or not, both of these soups came together in under an hour. 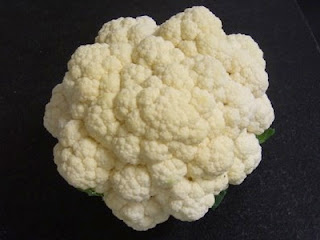 The first one I made was to take advantage of some beautiful white cauliflower I’d bought at the Farm Stand and brought home in advance of the storm.   I started poking around and it wasn’t long before I came upon a recipe from Alice Waters’ “The Art of Simple Food” (Clarkson – Potter 2007).  This cookbook is rather like a bible to the food that Alice has been making for years at Chez Panisse, the Berkeley CA restaurant she opened in 1971.  It leans heavily on Alice’s profound belief in all things organic and locally grown.  But unless Alice is growing her own cardamom and cumin, which I wouldn’t put past her, the recipe for Spicy Cauliflower Soup has a decidedly Indian flavor to it.  Alice warns about the spice level but in truth it’s highly controllable.  And in practice, I didn’t find it hot at all.  In fact I actually upped the level of spice, which only made the soup more warming and inviting.   And talk about simple.  You just chop up some onion, a carrot and, of course, a whole head of cauliflower and then you mix in the spices, add ordinary store-bought chicken stock and 30 minutes later, soup’s on.  One other thing: since all our stores were locked up tight and I had neglected to buy a carrot, I used some Carrot Slaw I had in the vegetable drawer.  It was perfect!  Talk about laborsaving!  But what was more, it looked gorgeous as you can see. 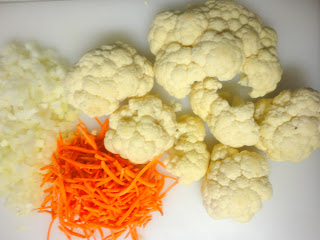 As I was serving the soup to Andrew, marooned as we were indoors, I told him that Cauliflower was a cruciferous vegetable and therefore healthy as all get out.  When asked what constituted a cruciferous vegetable, I had no clue.  It was one of those floating pieces of information that I couldn’t back up on a bet.  As it turns out, cruciferous vegetables take their name from the shape of their flowers whose four petals resemble a cross.  There is a huge long list of them starting with horseradish and ending with arugula!  But generally speaking the most noteworthy of the clan are broccoli, Brussels Sprouts, kale, cabbage, bok choy and of course, cauliflower.  They come by their reputation for being healthy because they’ve been proven to protect against cancer: Some have even been shown to have the ability to stop the growth of cancer cells in the breast, lung, colon, liver and cervix according to the American Institute for Cancer Research.  So bring them on!
The second soup I tackled came from my Canadian cousin. A great home cook, Barbara is a kitchen experimenter who clearly cooks more by hand than by the book.  Her recipe gave you a free hand with quantities.  But the core of the recipe is the combination of fall’s Bartlett pears and Parsnips, both of which were in ample supply at the Union Square Market where Andrew and I went last Saturday to stock up for the storm.  This soup is Barbara’s invention and one she is justifiably proud of.  You first roast the pears and parsnips with some sliced onion.  This roasting brings out the flavor of all its parts.  You then add the stock of your choice –either vegetable or chicken—and brew that up on the stovetop.  Once pureed, the soup is a lovely pale green color.  It’s incredibly creamy without a drop of cream.  If anything, I wanted a little more punch.  I suggested a couple of amendments – adding a shot of Poire William for one.  Sure enough a follow up email arrived with a recipe for red pepper puree, which Barbara says she drizzles over the top.   Done and delicious. Here are the recipes.  I’d make tons of these.  They freeze like champs.  I’d suggest adding Chicken stock to each as you reheat them.  The Spicy Cauliflower is more like a stew and the Pear and Parsnip more like a puree if you don’t.
Recipe for Alice Waters’ Spicy Cauliflower Soup. 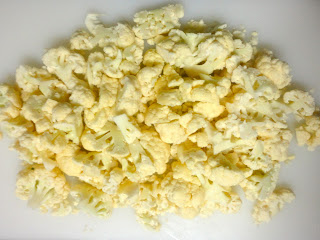 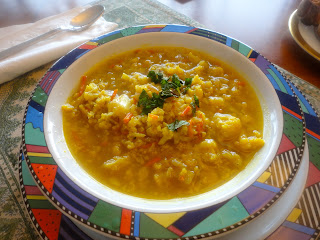 1. Heat the olive oil in a heavy-bottomed soup pot. Add the onion, carrot, coriander seeds, cumin seeds, Chile powder, turmeric, Chile flakes, salt, and pepper and cook, stirring often, over medium heat.
2. When very soft but not browned, add the cilantro sprigs, cauliflower, chicken broth, and water. Raise the heat and bring to a boil, stirring occasionally. Reduce the heat to a simmer and cook until the cauliflower is very tender, about 30 minutes.
3. Stir vigorously with a spoon or whisk to coarsely purée the soup. You may need to add more broth or water to thin the soup if it is too thick.
4. Taste, adjust the seasoning if necessary, and serve hot. Garnish each serving with yogurt, cilantro or mint, and a squeeze of limejuice.
VARIATIONS:  For a richer soup, use all chicken broth.  For a lighter, vegetarian soup, use vegetable stock or all water.
Recipe for Cousin Bar’s Pear and Parsnip Soup 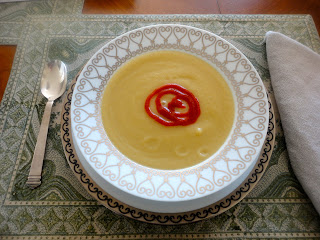 Here’s what Barbara has to say about her soup: Sshhhh: some frozen puree veggie soups stay in my freezer for over a year… with no apparent detrimental affect.   I reduce the amount of liquid (chick stock) in soups going into freezer.  Roasted Pear-Parsnip is one of my favorites.
Serve hot or cold
2 onions, peeled, sliced
6 parsnips, peeled, coarsely chopped
2 ripe Bartlett pears, peeled, core, coarsely chopped 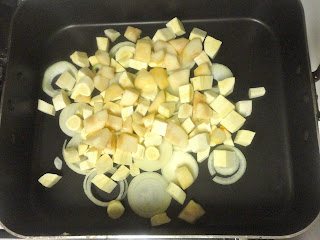 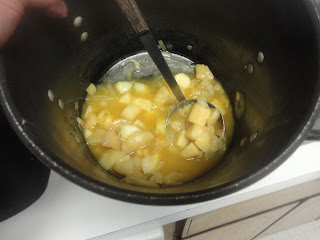 Reduce heat to med-low.  Simmer 30 min, stirring often
Add salt & pepper – to taste
Transfer to blender [blend in batches]
Add 2 tsp fresh sage leaves, chopped [I have been known to forget this altogether!]
& 2 tsp. lemon juice
Puree ’til smooth
Soup from freezer:
Prior to serving add liquid approx. equal to amount not used in recipe
Blend well ’til smooth.
Use on of a variety of soup toppings:
green onions chopped or red pepper puree or pesto drizzle.
Here’s the recipe for Red Pepper Puree: 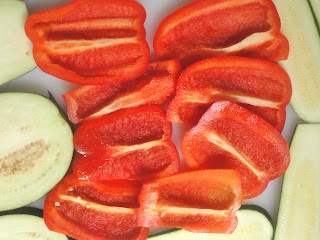 4 large Red peppers – broiled, skinned,
pureed with 2 tsp. paprika, Salt and Pepper
“Not having a proper size drizzle bottle I put puree into small ziplock baggies – packing it so that puree is forced into one corner;  tie a string around baggie & “hang” from a freezer basket so as to keep puree into forced position.  At time of use, I thaw slightly, then snip a wee corner of the baggie.  Have even found a way to re-freeze puree in same baggie in same position so as to repeat the squrt process again… and again… and again.  [difficult to describe!!!] Sometimes I think – surely there’s a better way to do this !!!”
Thank you so much dear Barbara for this wonderful recipe!  Enjoy!
Author: Monte Mathews
Filed Under: Alice Waters' Spicy Cauliflower Soup, Cousin Bar's Pear and Parsnip Soup, Jim's Hurricane Survival Soup, Soups, Spicy Cauliflower Soup, Vegetarian Dishes
The surprising story of Fried Green Tomatoes and Martha Stewart’s recipe for Not Fried Green Tomatoes
Ina Garten’s Italian Wedding Soup and her recipe for Chicken Stock