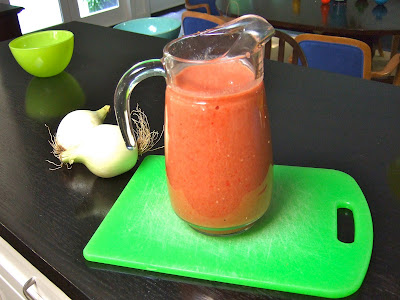 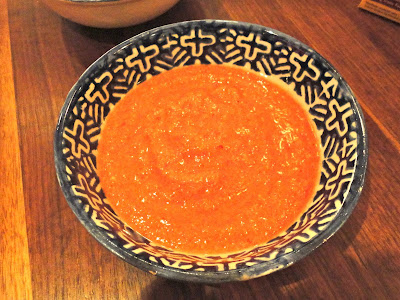 Whatever happened to David Rosengarten?  You may remember the marvelously low-key television chef who preceded the food network rampage that made stars out of everyone from Bobby Flay to Giada di Laurentis.  David’s show “Taste” was a wonderful learning experience as David deep-dived into his subject matter with such thoroughness and thoughtfulness that you came away feeling you had some expertise in whatever food David was extolling on that particular day.
Beyond the television show, David created an immensely useful  cookbook “The Dean and DeLuca Cookbook” (Random House 1996).  This amazing encyclopedia of recipes and the story of their origins is a great source of authentic recipes from all over the globe.  Dean and DeLuca was one of New York’s first free-standing gourmet stores.  It came alive in Soho and was a mecca for foodies from all over the city.  It’s still there and certainly worth a visit even though immense food halls like Eataly and the Whole Foods chain have cut into that feeling that what was on offer at Dean and Deluca was exclusively theirs.
And what of David Rosengarten?  Completely self-taught, David’s background – a degree from Colgate, a doctorate in dramatic literature from Cornell and a stint teaching theater at Skidmore – should have hinted at this Renaissance guy’s restlessness.  After publishing a subscription-only newsletter, “David Rosengarten’s Tastings”, for several years he abruptly “moved on to other ventures’ in 2008.  In May of 2010, he re-emerged with “Rosengarten Report”. A monthly email newsletter that sells for 59.95 a year. 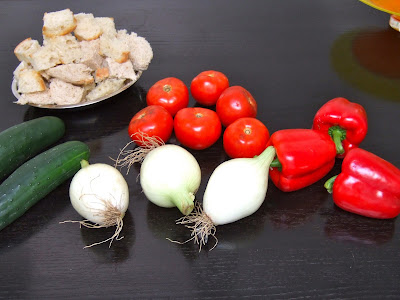 Now about Gazpacho.  It strikes me as the absolutely ideal recipe to share with you as the country is gripped in this brutal heat wave.  First off, it uses all those beautiful fresh vegetables that overflowing the farmer’s market tables right this moment.  It requires no cooking at all and very little preparation.   You put everything into the food processor and fire it up.  Put the finished soup into the refrigerator to get it icy cold.  Then serve it alone or with any number of garnishes.  I confess that I topped mine with sour cream which is certainly not part of David’s authentic recipe but something I think is a very good accompaniment.
It will come as little surprise that like all classic regional dishes, Gazpacho is rife with controversy.  The main one here is whether to incorporate the bread into the recipe.  Of course, the carb police will object mightily but as David points out “For God’s sake, the word gazpacho itself comes from the Arabic word for bread”.  He goes on to say that “without the bread…gazpacho is just V-8. We couldn’t agree more.  The secondary controversy is the use of a minute quantity of olive oil—all of two tablespoons for every six servings—that the fat police seek to eliminate.  Give me a break!  The final question is whether the tomatoes should be peeled.  I suppose pre-food processor, there was some validity to this.  But David points out that the resultant puree makes the peel virtually impossible to find in the soup.  Here’s the recipe:
Recipe for Authentic Sevillan Gazpacho from David Rosengarten
In a food processor or blender puree tomatoes, onions, garlic, cucumber, red pepper, bread, olive oil and vinegar until very smooth, 2 minutes or more. Refrigerate several hours. Before serving, season with salt and pepper and strain through a sieve if desired. Thin with ice water if needed. Divide among 6 soup bowls. Serve.
Author: Monte Mathews
Filed Under: David Rosengarten, Dean and DeLuca, Gazpacho, Sevillan Gazpacho, Soups, Spanish Food, Vegetarian Dishes
Mushroom Ragu from Stephanie Izard, Top Chef
Braised Chickpeas with Spinach and Haloumi with Crisp Onions and Mojo Verde

6 thoughts on “An authenthic Gazpacho recipe from David Rosengarten”