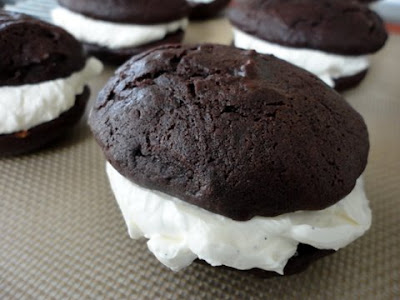 Politics has always fascinated me.  The wonderful things that our government concerns itself with leave me in awe. Take for instance the recent decision by the Maine State Legislature to declare the Whoopie Pie the state dessert.  This has led to two major confrontations but I am happy to say they are strictly bi-partisan. 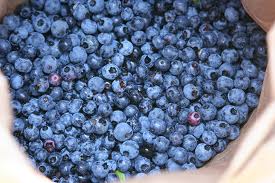 The first was highly understandable.  In Maine, which produces 25{4e4771bbe073b579fdd8e596ee487f65145483febbc8ba0a80525f62b26cad86} of all blueberries consumed in this country, making it the largest producer of blueberries in the world, naturally a hue and cry rose up with this legislative legerdemain.   The Maine State governing body relented declaring the blueberry pie as the state dessert and relegating the Whoopie to something called the state “treat”.
According to the Associated Press, the measure was approved 107-34 but required a second reading before going to the Senate for consideration. “Off the record, I would say a heavy load has been lifted off our plate,” House Speaker Robert Nutting said to some laughs after the vote was taken. But that hardly ended the controversy.  You see there is some question as to how Maine can justify saying the Whoopie Pie is its own.  It seems that Pennsylvania lays claim to the delicious chocolate and vanilla treat that is like biting into a piece of childhood itself. 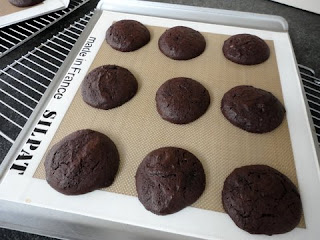 Once Maine made its intentions known, Pennsylvania wasted no time in declaring, no joke, that Maine was committing ‘confectionary larceny’. Pennsylvania’s claim comes with a great story which goes like this: Amish mothers plopped leftover chocolate-cake batter into the oven, filled the result with icing and the whoopie was born. The practical pies were easily transportable for farmers in the field and children at school. The name?  Amish moms put the pies into their children’s lunch boxes and when found the kids would yell “Whoopie!”

Now there are are differences between the Maine and Pennsylvania whoopies. In Lancaster County, the traditional filling flavor is vanilla, and it is usually made of shortening and sugar. In Maine, marshmallow is sometimes used in the filling, though recipes vary.
A Woman named Nancy Griffin, author of the 2010 “Making Whoopies:The Official Whoopie Pie Book,” was determined to find the origin of the whoopie. The first documented evidence she could find was in neither state. It was from Barry Popik, a Texas researcher who edits a website on the origins of words. His site traces the pies to a 1931 ad in a Syracuse, N.Y., newspaper advertising a five cent “Berwick whoopee pie” made at the now defunct Berwick Cake Co. in Roxbury, Mass. Because whoopie is a catchy name, food historians believe it must have been coined commercially. Ms. Griffin, however, says the name was derived not from the shouts of glee of Amish children but, probably, from a 1928 show tune.  And that tune…”Making Whoopie” by Gus Kahn.
Well if all this controversy has made you hungry, Matt Lewis and Renato Poliofito, with a sizeable helping of Andrew’s baking skills, are here to rescue you.   Their “Baked Explorations” has a wonderful recipe for the treat.  Now interestingly, they don’t get into provenance.  They acknowledge both the Maine version and the one that’s Pennsylvania Dutch.  And then they offer up this delicious moist, deep dark chocolate cookie with a light and fluffy vanilla filling.  Their goal, they state, is not political at all.  It is to make the Whoopie Pie just as ubiquitous as the chocolate chip cookie and the brownie.  A tall order indeed but one you may latch onto once you’ve tasted these gorgeous “treats”. Or make that “desserts”.
Recipe for Whoopie Pies from “Baked Explorations”
For the Cakes:
3 1/2 cups (17.5 oz) All Purpose flour
1/4 tsp salt
1 1/4 tsp baking powder
1 1/4 tsp baking soda
3/4 cup (2.18 oz) dark cocoa powder, sifted
2 tsp instant espresso powder
1/2 cup (4 fl oz) hot coffee
1/2 cup (4 fl oz) hot water
2 cups (15.32 oz) light brown sugar, packed
3/4 cup (6 fl oz) canola oil
1 large egg
1 tsp vanilla extract
1/2 cup (4 fl oz) buttermilk, shaken 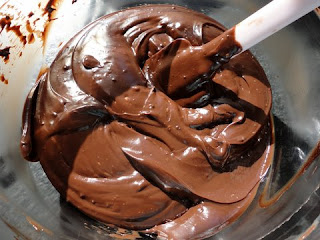 3. In a large bowl, whisk together the cocoa powder and espresso powder. Pour the hot coffee and hot water over the cocoa mixture and whisk until the mixture is completely smooth.

4. In another medium bowl, combine the canola oil and light brown sugar. Add this to the cocoa mixture and whisk until combined. Add the egg,

5. Gently fold the flour mixture into the cocoa mixture. 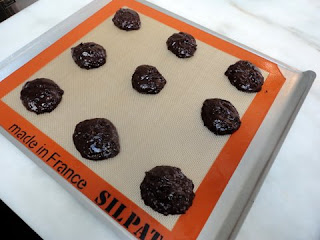 6. Spoon into a piping bag and pipe into 2 inch rounds on prepared baking sheets, 1 inch apart (or scoop onto sheets with a small scoop).
7. Bake 10-15 minutes, until the cookies crack slightly on top and spring back in the center when gently pressed. Let cool completely, then remove from sheet with an offset spatula. Pipe or scoop half of the rounds with the filling. Top each piped round with another cookie and serve.
For the Swiss vanilla filling 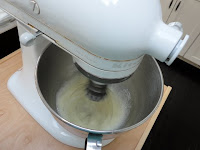 In the bowl of a stand mixer, whisk together egg whites and sugar. Place over a pan of simmering water and gently whisk until the sugar dissolves (test this by dipping your finger into the mixture – when you can no longer feel grains of sugar when you rub the mixture between your fingers, then the sugar has dissolved) – the mixture will be slightly warmer than body temperature.

Transfer bowl to mixer and beat with the paddle attachment until the mixture is smooth, white, and fluffy – about 5 minutes. Add the butter, one piece at a time. Add sea salt and vanilla extract and mix until combined. Beat until the filling is smooth and glossy (it may look curdled, but just continue to beat – eventually the mixture will come together). 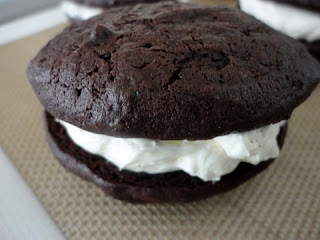