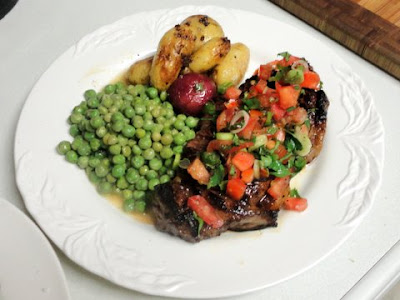 Food and Wine devoted their entire March 2011 issue to Healthy Recipes.   And I’m happy to say, they also included something called “A Week of Healthy Wines” in which their Executive Wine Editor, Ray Isle, set out to spend a week of healthy wine drinking.  Some of his findings: A 2008 analysis of 40 European table wines showed everyone of them contained pesticide residues, including known carcinogens.  Isles managed to find Organic wines from $11 to $30 all of which he praised highly.  Then he went on a Resveratrol binge.
Resveratrol, found in red wines, prolongs cell life which of course leads to the belief that you can prolong your life by drinking wine with plenty of the stuff in it. Pinot Noirs from cool climates are particularly high in resveratrol.  This finding led into a list of 5 Willamette, Oregon, Pinot Noirs running $20 to $ 30 each.  You can see them all at their website: https://www.foodandwine.com/articles/my-week-of-healthy-wine-drinking.

But the chart that  thrilled me the most was the one comparing calorie counts for Fast Foods vs Wine.   A Krispy Kreme Glazed Doughnut at 190 calories equaled 1 2/3 glasses of Pinot Blanc.   Bye Bye, Krispy Kreme.  A large fries from MacDonald’s loaded 500 calories onto your tray.  No thanks, I’ll take the 4 1/3 glasses of Far Niente Cabernet Sauvignon.  And that Taco Bell Taco Salad with salsa?  I’d much prefer the 1 ¼ bottles of Charles Krug Chardonnay I can have in its stead.  But back to Jamie Oliver…if I can find my way after all that wine.

It’s no surprise that Jamie Oliver would land in any magazine featuring healthy recipes.  If you watched “Jamie Oliver’s Food Revolution”, you’ve seen how he took on school lunches in the most obese city in the US, Huntington, West Virginia, and transformed them into healthy meals.  Now he’s back for a second season, this time centered in Los Angeles. But if you thought things were bad in Huntington, just wait until you see what kids in LA get to eat.  It’s really revolting.  Serving children the worst unidentifiable food-like objects, the Los Angeles Unified School District just plain refuses to have Jamie in any one of their schools.  So Jamie is taking his campaign to the people…the very few people in Los Angeles who apparently care at all what is making their children diabetic and unhealthy and obese. Jamie appeared crushed in his first show.  Let’s see where this goes.  But if you care about kids and what they eat, this eyeopener is on NBC Tuesday nights at 8 pm.  My guess is that if anyone ate the delicious steak recipe I’m about to give you, they’d jumped on Jamie’s bandwagon fast.
Today’s recipe is one of the most satisfying ways I’ve eaten healthy in a long time.  It features a wonderful piece of lean beef topped with a terrific salsa.  There’s something very spring-like in the flavors.  The acidity of the salsa with its lemon, mint and cilantro overtones is a perfect complement to the char of the meat.  I can scarcely wait to try this on a charcoal grill but I got a great results using a cast iron pan and cooking the steak on the stove top.   It’s quick too—you can get it on the table in 30 minutes flat.
The second recipe is one for English peas.  Right now, Trader Joes has bags of shelled peans.  Because of the way the store is laid out, the check-out lines pass the vegetable section.  I’ve stood watching as the line moves along amazed at how irresistible shoppers find these peas.  I was one of them.  I took them home, vividly remembering when I was a very little boy picking peas with my Grandfather, then shucking them and then handing them over to my Grandmother who cooked them smothered in cream and butter.  They were delicious but they hardly qualified as “healthy”.  So I looked for a recipe for English peas.  I quickly found one attributed to Paula Deen,  the doyenne of Southern cooking on the Food Channel.  Now I have nothing against the woman but I am “just not that into her.”   And when I show you her precise recipe, I think you may understand why:
1/4 cup (1/2 stick) butter
2 cans (14 1/2-ounces) English peas, drained
Direction
Melt the butter in small pot and add the peas. Cook over medium heat until peas are warm.
Much more fun than this recipe were the comments posted by people who’d tried it. “I think I got your recipe mixed up [probably because it was too complicated] I used 2 cans of butter and 1/4 cup of peas and I suffered a mild heart attack. I hope you will improve this recipe to make it clearer and simpler for those of us who didn’t go to culinary school. Other than those complaints, it tasted fine.”  I mean does this really constitute a recipe? I think not.
I was able to find a recipe that was wonderful.  It was submitted to food.com by someone calling themselves “TrueBrit”.  It let you use fresh peas or small frozen ones. It has a wonderful flavor that Andrew raved about.   I liked it very much too.  That was until I spied a frozen package of peas in Trader’s Joe’s freezer “ Minted Peas, tender green peas in a minted butter”.  I took those home and quite honestly they were every bit as good as fresh.  But here, for those of you far from Trader Joe’s is the recipe.
Recipe for Sweet English Peas 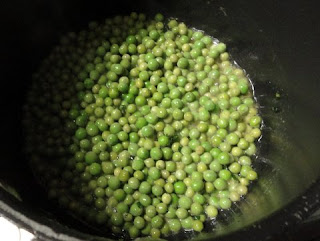 1 lb tiny peas
2 ounces butter
1 tablespoon chopped fresh mint or
1 teaspoon dried mint
1 teaspoon
sugarsalt and pepper, to taste
1. Cook peas in a small amount of boiling, salted water, until tender (if using frozen peas, follow package instructions).
2. Drain, and set aside.
3. In another saucepan, heat the butter, and add the peas, mint and sugar.
4. Cook over low heat for 2 minutes, tossing to mix.
5. Add salt and pepper to taste, and serve.
Recipe for Jamie’s Oliver’s Steak with Herbed Salsa 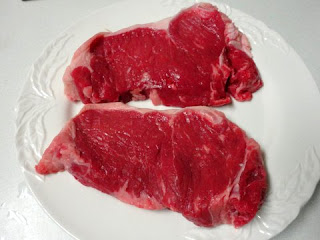 Jamie’s recipe called for flank steak.  I used New York strip steak instead which was cut to about ½ – ¾ inch thick.  “Tomatoes on the vine” are reliably red and ripe at this time of year here.  I wouldn’t wait til the local varieties arrive.  This is like a taste of Spring on your plate.  And lord knows we could all use some Spring. 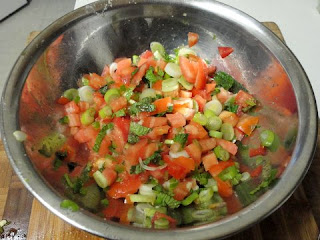 1.   Light a grill or heat a grill pan. In a bowl, combine the tomatoes with the scallions, cilantro, mint, jalapeño, garlic and lemon juice. Season the salsa with salt and pepper.  2.   Rub the steak with the oil and season with salt and pepper. Grill over high heat until nicely charred outside and medium-rare, 3 minutes per side. Transfer the steak to a carving board; let rest for 5 minutes. Top with salsa and serve.