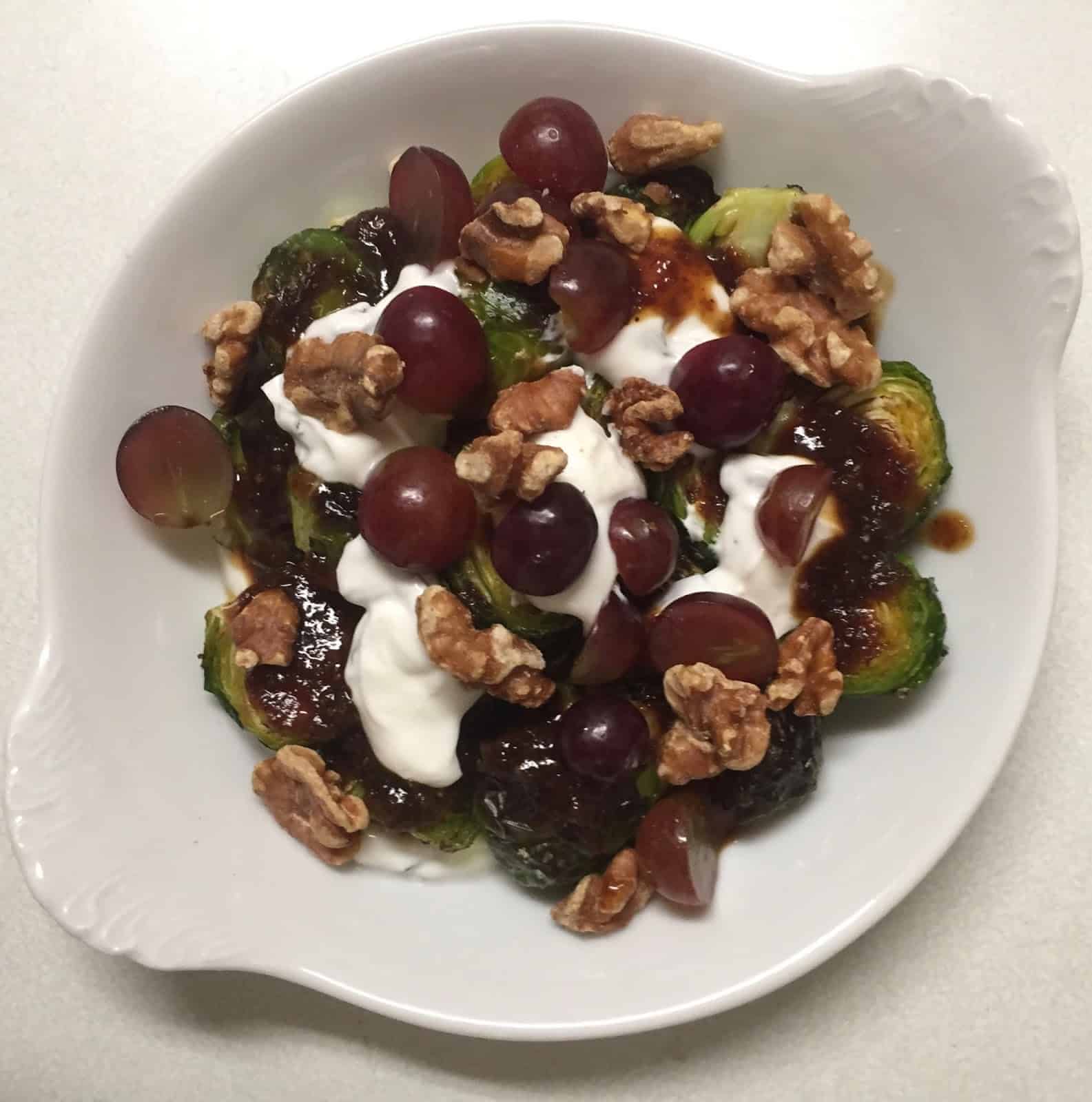 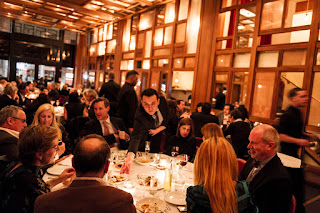 Brussels Sprouts are a superfood, a powerful blend of nutrients like folate, vitamin C, vitamin K, vitamin A, fiber, and protein. But that doesn’t mean this member of the cabbage family ever won a taste contest. Until now. The sprouts are roasted and a cornucopia of flavors is added: fig butter, roasted walnuts, sliced red grapes, and a mint yogurt sauce all add up to an extraordinary dish, a marvel of contrasting textures, of juicy-sweet and crispy-crunchy.

BUT WHAT ARE BRUSSELS SPROUTS DOING ON A LEBANESE MENU?

Ilili has the distinction of being the top Lebanese restaurant in New York.  That being said, Lebanese restaurants aren’t exactly a dime a dozen here.  In fact, in all of New York, there are only 10 places serving Lebanese cuisine, while about another ten call themselves “Middle Eastern”.  That’s rather a surprise given that, at last count, there were 24,000 places to eat in Manhattan alone.  But Ilili (236 Fifth Avenue, NY 10001 (Tel: 212-683-2929) stands proudly Lebanese. Ilili means “tell me” in Arabic, a phrase that the restaurant says is used in many ways: “a whisper between two friends, an invitation to share a secret and a proclamation to get the conversation started.”  The latter of the three was the one most in evidence on our visit to the 200-seat restaurant. The place was filled with big tables for 10 and 12 and an amazingly diverse crowd of every ethnicity. 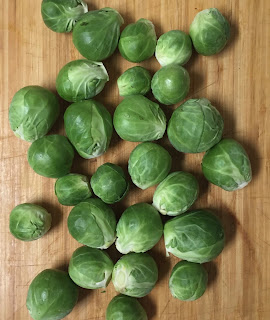 “WHATEVER YOU DO, ORDER THE BRUSSELS SPROUTS.”

Our friends Julie and Geoff, old hands at Ilili and insisted that we order the Brussels Sprouts. Having traveled 40 blocks downtown in the cold, I can’t say that we were thrilled about eating Brussels Sprouts.  We should have been. They were incredible.  Even the most ardent Brussels Sprouts haters would have trouble not loving these. But what, you may well ask, are Brussels Sprouts doing on a Lebanese restaurant menu?  Well, I scoured the internet and I can’t find a single source saying that Brussels Sprouts have anything to do with Lebanese cooking. But I think I know why these sprouts found their way into Ilili’s kitchen. 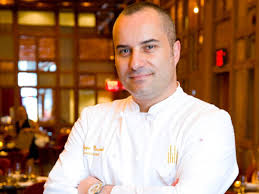 Phillippe Massoud, the owner of Ilili, sums up his food like this: “ Every dish at Ilili”, his website reads, “has its own story from the traditional recipes direct from Lebanon to modern updates that tell the history of our team, of our cooks and chefs who have left their mark on our kitchen….We find inspiration all around, in new ingredients, new approaches, and fresh takes on old standards.”  Ahah!  Hence the Brussels Sprouts!   Phillippe’s own life is a testament to change some of it disastrous, some of it filled with loss but finally a life filled with good fortune.   At 14, he came from Beirut to be a guest of his aunt who lived in Scarsdale NY.  His family owned one of Beirut’s top luxury hotels, The Coral Beach.  He’d been working ‘in the family business since he was a child.  Now in the interest of his own safety, his parents asked him to stay away.  Still determined to return to Beirut and the family hotel, after high school he enrolled in Cornell’s Hotel and Restaurant Management School.  After a year in the program, his father was killed in the ongoing conflict in Lebanon, the hotel was sold and Phillippe was adrift. Fate intervened in the form of an uncle who asked him to help open a restaurant in Spain.  Phillippe finished his hotel and restaurant training at the Rochester Institute of Technology came to New York after graduation and has never looked back.  Ilili is his crown jewel.  Now, here’s the recipe:
Recipe for Ilili’s Brussels Sprouts with Fig Sauce, Walnuts, Red Grapes, and Mint Yogurt Sauce  Makes 4 servings. Takes 30 mins to make. 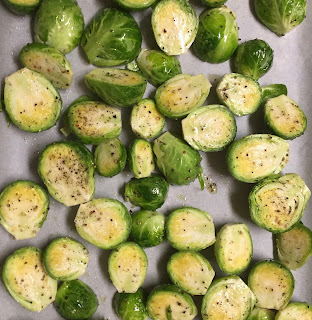 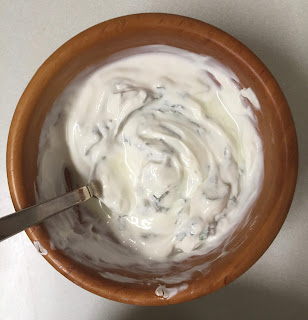 2. Make the Mint Yogurt Sauce first.  Stack and roll the 8 mint leaves into a bundle. Cut them into 1/8 pieces and mix the mint in with the yogurt. Let stand at room temperature.
3. Line a rimmed baking sheet with parchment paper or aluminum foil.
4. Toss the Brussels Sprouts in olive oil and generously season the Sprouts with salt and pepper.  Put the brussels sprouts in a single layer and roast them until softened and browned (10 to 20 minutes).  Discard any burnt outer leaves. 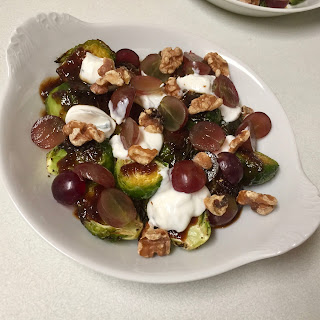 5. As the sprouts cook, make the Fig Purée by combining 3 tbsp. Fig jam or Fig Butter (Trader Joe’s sells the latter) with 3 tbsp. water in a small saucepan. Stir the two ingredients together and heat gently.