The Germans make 1200 kinds of sausages from bratwurst to weisswurst. But in New York, you’d swear that there are only two kinds of pork sausages: Hot Italian and Sweet Italian.  The only other pork sausages you can reliably find are breakfast sausages and even then, they never measure up to the flavor of the genuine Irish or English article.  These sausages are called “bangers” because in World War II their pork count went down while their water content rose so when they hit a hot pan, they exploded.  And who can ever forget Peter Sellers with his singing partner, none other than Sophia Loren, belting out “Bangers and Mash”.  She sang “No wonder you’re so bony Joe, and skinny as a rake” to which he sang back “Well then, give us a bash at the bangers and mash me mother used to make.”

You don’t remember that one?  Well neither do I.  But I do have amazing food memories of the taste of Bangers, Mash and Onion Gravy.  To rekindle those memories, I used to have to travel downtown 30 blocks to Esposito Pork Shop or even further downtown to Meyers of Keswick, the tiny British Grocery in the Village. There I can reliably find glorious pork sausages seasoned with just a little sage, nutmeg, salt and pepper. But what did I spy at Trader Joe’s but these:  Irish Bangers!  They’re just there for the season and quite a bargain at 4.49!  Armed with these, I’m able to bring my Bangers, Mash and Onion Gravy together and in the nick of time for St. Patrick’s Day. 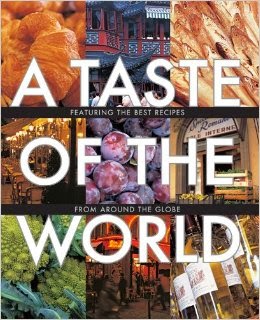 This is really good, honest pub food.  As the Gastro Pub movement took hold in Britain and Ireland, modern day Bangers and Mash started showing up on their menus in new disguises. Exotic sausages like Spanish Merguez are teamed up with Mashes of Celery Root or Squash.  But give me the real thing.  Even if the recipe comes from that very non-British Institution, Williams-Sonoma!  It came from their 2008 cookbook, “A Taste of the World” (Gold Street Press). Their recipe yielded mahogany brown sausages, butter-y creamy mashed mashed potatoes and a red onion gravy that’s all very easy to make.  There’s only one disappointment. Since the sausages roast in the oven, they don’t ‘bang’ at all!  But aside from that, this is a treat!  Here is the recipe.

A celebration of the best of Irish cooking--pure pork sausages, creamy mashed potatoes and a rich red onion gravy.