To add to your Summer Burger Repertoire, a recipe worth fighting about…The Chopped Cheese Last November, in the New York Times no less, came a story about a Burger that caused, in the words of my late father, “a big stink”.  There were no complaints about the burger itself. In fact, it is lauded as being New York’s version of a Philly Cheesesteak.  The Chopped Cheese, also called Chop Cheese, is an irresistible combination of sautéed ground beef with onions, topped with a major helping of melted cheese, and served with iceberg lettuce, tomato and, per your taste, Ketchup and/or Mustard all served on a Hero roll.  This hardly sounds controversial but, in true New York fashion, it quickly became so.

The original Chopped Cheese owes its existence to a short order cook called Carlos Soto who toiled at an East Harlem bodega for 20 years before succumbing to cancer in 2014.   No one’s quite sure why Carlos created the sandwich but theories about its origin abound.   In one version, having run out of hamburger buns, Carlos chopped a cheeseburger to fit a Hero roll.  In another, Yemeni workers encouraged Carlos to make a version of a similar Yemeni dish. The third explanation revolved around Carlos having dental issues which were solved when he created the easier-to-chew Chopped Cheese.

Carlos’ Chopped Cheese was, and still is, a great draw at Hajji’s, the bodega where

he worked, recently re-named “Harlem Taste”.   The burger is now sold at bodegas all over Harlem and the Bronx, its popularity aided by its price: $4 to $5.  Aside from food pilgrims who make the trek to Hajji’s at 110th Street and First Avenue, it’s an everyman’s kind of food: hot, tasty and affordable.  And that’s how it became so controversial.

The Upper West Side is one of New York’s most affluent neighborhoods.  To the surprise of many, it is now more expensive than the storied Upper East Side.  But for years, it suffered as a food destination whose only real food claim to fame was Zabar’s, a legendary purveyor of delicatessen, smoked fish, cheese and gourmet selections.   More recently, it’s seen a burst of new restaurants, patisseries, and upmarket specialty stores.   Into this new food frontier came White Gold Butchers (375 Amsterdam Avenue at 78thStreet

Tel: (212) 362-8731.) A combination of a “whole-animal” butcher shop and eatery, White Gold has two big names behind it:  April Bloomfield (see https://chewingthefat.us.com/search/label/April{7764cd352edcf19b608e75b52a560f8f0623df8defec59f0ed185161f2ba1413}20Bloomfield) and restauranteur Ken Friedman.  The hands-on crew consists of Jocelyn Guest, and her business partner Erika Nakamura.   During the day, the place is completely casual.  You order at the counter and your food is brought to your table.  At night, there’s waiter service. Caveat Emptor,  there’s also no Chopped Cheese on the dinner menu as I sadly discovered having trekked up for dinner one night. 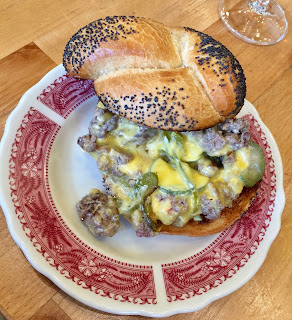 At lunch here I had my first chopped cheese.  The beefy, cheesy juicy burger topped a poppy seed roll.  Pickled Jalapenos gave the sandwich a decided spicy character.  I loved it–even when I later discovered that it bore little resemblance to Carlos Sota’s original. And need I tell you, it did not cost between $4 and $5.  Instead it comes in at $11.00 and that’s only because Joselyn and Erika were practically run out of town when they announced they’d sell a Chopped Cheese for $15. Ms. Guest was quoted in the Times as having said “It’s such a huge part of the New York sandwich canon”.  She offered her bonafides as having first tasted the sandwich when she lived in Harlem.  That apparently was not enough for critics.

They were lambasted the price and were particularly incensed by a flurry of press for the Chopped Cheese. These articles were written mainly by foodies who had never before stepped foot in East Harlem. They  seemed to regard their visits there as somewhere between visiting a de-militarized zone and a shooting gallery, infuriating the locals.  But for all the din,  there seems to be no stopping the Chopped Cheese.  There are now vegan versions and the Chopped Cheese recently arrived in London at a place called The Woolpack Bar (98 Bermondsey Street, London SE1 Tel: 0203 437 0139.)  Their version would undoubtedly cause ‘a big stink’ in New York: it’s made with Wagyu Beef and Gruyere Cheese.  Here’s the original recipe. 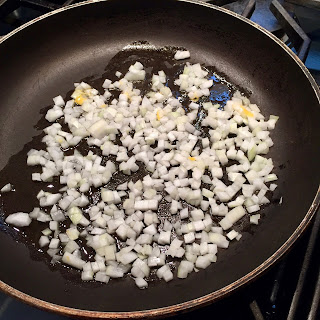 1. Heat a large nonstick pan over medium-high heat and grease with vegetable oil. Add onion and sauté until beginning to soften. 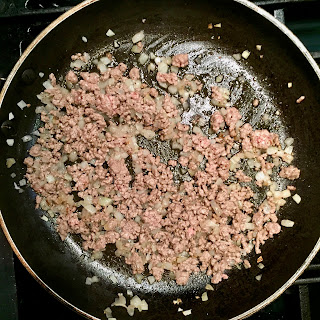 2.  Add ground beef and season with salt and pepper. Use a spatula to break up the beef. 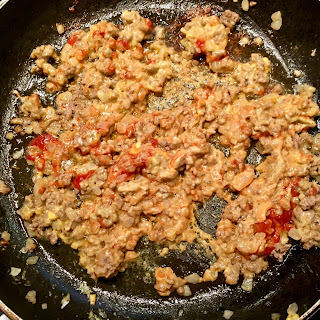 3. When the beef is browned, chop both cheeses into the ground beef with the same spatula. Drizzle ketchup and mustard over mixture and stir to combine. Remove from heat. 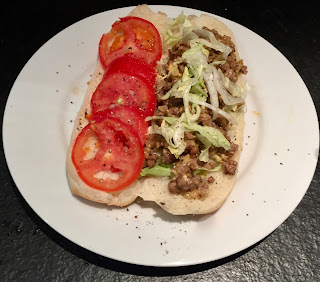 4. Prepare four sandwich rolls: Top each bottom half of the roll with a handful of lettuce. Load the meat and cheese mixture onto each roll, then top with sliced tomatoes. Top with second half of roll and serve immediately.

1 thought on “To add to your Summer Burger Repertoire, a recipe worth fighting about…The Chopped Cheese”