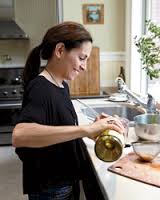 Promises of “Curry in a Hurry” have mostly left me cold.  They led to soupy curries with no real character. Or they involved a collection of Indian spices that would overtake the capacity of any spice rack I’ve ever owned.  So when I came across this very easy recipe, I thought it was worth a try. And when I saw who created it, Grace Parisi, I knew it was.  Here is a non-traditional curry whose aroma alone is irresistible.  Filled with vegetables, the backbone of the dish was tender minced beef redolent in a coconut milk and tomato sauce.  Served with Coriander-infused Rice and some warm Naan, it was a winner in every way. 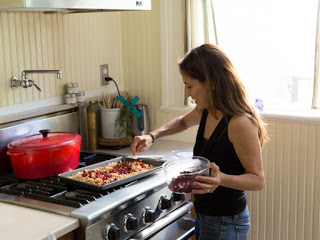 For years, Grace was the guiding force in Food and Wine Magazine’s test kitchen.  This curry is an excellent example of one of the things Grace does best.  She takes the basics she’s learned and applies them in surprising ways. Her take on Tuna Casserole turned that dish into “Cazuelas de Atun y Farfalle” which, you have to admit, certainly doesn’t sound like that potato chip encrusted model your mother made.  Time and time again, I’ve loved dishes Grace has made her own.  I love her food so much that today’s post is the 10th Grace Parisi post.  (See the entire collection at https://chewingthefat.us.com/search/label/Grace{7764cd352edcf19b608e75b52a560f8f0623df8defec59f0ed185161f2ba1413}20Parisi). 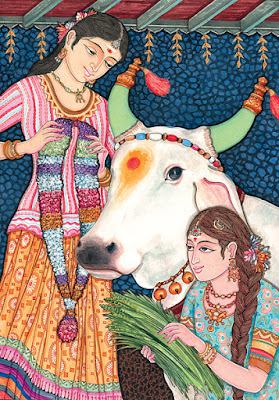 What fascinates me about Grace’s Keema Curry is its main ingredient: a pound and a half of ground beef. Keema means ‘minced’ and Keema is indeed an Indian meat dish but the meat involved is usually goat or mutton, not beef.   Beef is hardly an Indian staple. In fact, 24 out of 29 states in India have laws on the books that either prohibit the slaughter or the sale of cows.  These laws recognize the Hindu view of the cow as a symbol of wealth, strength, peace, abundance, selfless giving and full of earthly life, in other words: Sacred.  But there’s a strange dichotomy at work here.  India is counted not only as the 5th largest producer but also the 7th biggest consumer of beef.  Some of this can be attributed to Britain’s role in India. Britain’s Raj, which ruled India from 1858 to 1947, were great beef eaters.  And before that, during the years that the country was run by The East India Company (1757 – 1858), the first slaughterhouse was constructed in Calcutta (Kolkata) in 1760.  It had a capacity of 30,000 animals per day.  Clearly, a lot of the anti-beef laws were a direct result of the rebellion against British rule as much as they were about religious beliefs.  After almost 50 years of Independence, in 1995, the Government went before the Supreme Court to argue that the production of quality meat for export as well as for domestic production ‘encourages scientific and sustainable development of livestock resources’. They even gave government loans for setting up modern slaughter houses. The result:  India is the #1 Beef exporter in the world.  Here is Grace’s recipe for Keema Beef Curry. 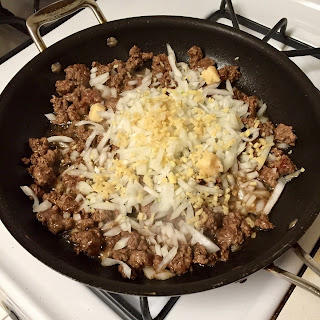 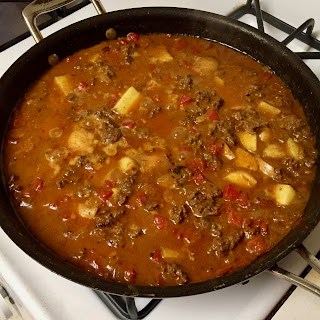 2. Add the potato, broth, coconut milk and the tomatoes and their juices and bring to a boil. Cook over moderate heat, stirring occasionally, until the potato is tender, about 15 minutes. 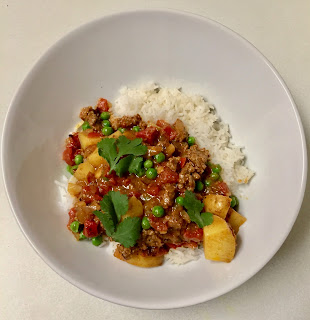 3. Using the back of a spoon, lightly crush some of the potato. Add the peas and cook just until heated through. Serve in bowls with cilantro, naan and rice.

The curry can be refrigerated for up to 3 days.