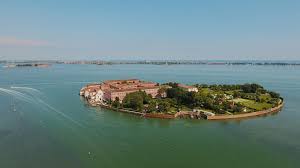 This private island retreat makes the perfect base for exploring Venice
Ask anyone who has been to Venice lately and you’re sure to hear that “La Serenissima” is hardly serene. Every year 22 million tourists flock to the city, an average of 60,000 people a day. Around 9 o’clock each morning, throngs of tourist groups arrive from the mainland and the Lido (the barrier island that helps divide the Venetian Lagoon from the Adriatic Sea), clogging Piazza San Marco and every inch around it. Miraculously, at 5 o’clock the city is practically deserted as the tour groups leave en masse. But there is a way to avoid the mobs and enjoy every minute of being in Venice. 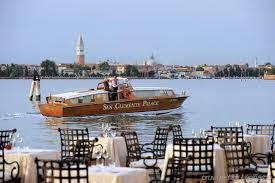 During a ten-minute ride from Piazza San Marco, a beautiful wood-paneled cruiser carries the fortunate few to a resort that feels a million miles away from the hustle and bustle of town: the San Clemente Palace Kempinski on the private island of San Clemente.
The island has welcomed guests since 1131, when a wealthy Venetian merchant built a church and a hospice for pilgrims and soldiers headed to the Crusades. Pietro Gattilesso dedicated the church to Pope Clement I, the patron saint of sailors. Later in its history, San Clemente was called the “Gateway to Venice.” The Doges who led the Venetian Republic would take a ceremonial barge to the island to meet distinguished visitors. These honored guests then boarded the barge to Piazza San Marco. En route, they were treated to entertainment and spectacles.

Starting in 2003, the island’s buildings, including the church, were completely renovated and 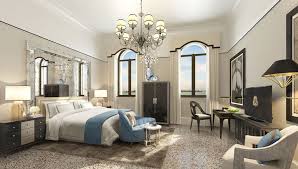 turned into a luxury hotel. And in 2016, the Kempinski Hotel Group, pioneers in

luxury hotels and resorts, took over the management of this splendid property. 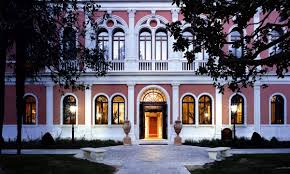 Here, in isolated splendor, is a 190-room resort with every conceivable amenity. Set in a centuries-old garden are an enormous swimming pool, tennis courts, a complete spa, a pitch-and-putt golf course and not one but three restaurants (and three bars). There’s the mandatory fitness room and a jogging trail. The hotel is ideal for families with children who may tire of sightseeing sooner than their elders. Many suites are designed to provide families with adjoining rooms — offering privacy for parents while child-size bathrobes, slippers, step stools and special treats are part of the bedtime ritual next door. But it’s during the day that the hotel really shines for children — there’s even a Kid’s Club for 3-to-11-year-olds.
Some guests have discovered that the best way to beat the crowds is to wait them out. 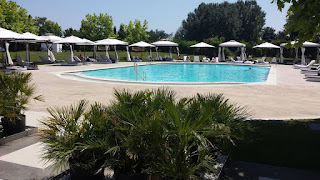 While away the afternoons poolside and then hop on the hotel’s complementary water taxi about five o’clock. Several hours of light let you truly see Venice without the mobs. Similarly, if you rise early enough, you can slip into Piazza San Marco just after dawn and watch one of the most fascinating places on earth come to life.

Meanwhile, to sample Venetian food at its best, all that’s required is to stroll around the hotel. Its three restaurants run from modern Venetian haute cuisine at Acquerello to the more casual Insieme, with an outdoor dining patio, and La Dolce. Situated within earshot of the swimming pool, it’s the most relaxed of all three. Three bars make it impossible to go thirsty all the while gazing out across the lagoon at the splendor of Venice. 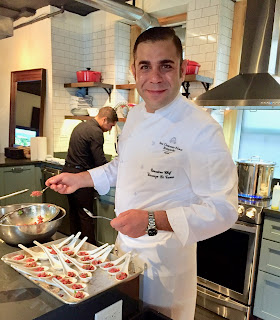 The 35-member culinary staff is headed by Executive Chef Vincenzo Di Tuoro. As much as possible is made from scratch using herbs and vegetables from the hotel’s own gardens. Chef Di Tuoro is a graduate of The Culinary College in Naples. He is also a native of Naples, guaranteeing that he knows how to make a pizza that will please the fussiest adult or child. In a career that has spanned 20 years, Di Tuoro has worked in kitchens all over Europe and even India and collaborated with celebrated chefs Gordon Ramsay and pasta king Maurizio Morelli.
At Hotel San Clemente, the chef incorporates Venetian specialties including Venice’s famous cicchetti, the small plates of Venice. They’re generally found in cicchetti bars called bacari and eaten with a small glass of white wine called an ombra, which is usually drunk in a single shot. Traditionally, they are eaten standing up, with fingers and toothpicks, by people hanging around the counter where the cicchetti are displayed and where they are eaten from late morning to the aperitivo hour. 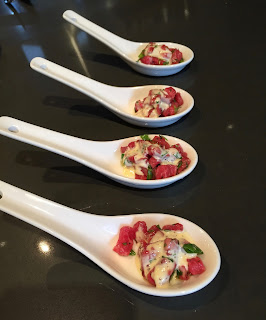 At San Clemente Palace, you don’t have to stand at all. You can sit in comfort overlooking La Lagonda while you choose from the chef’s selection of cicchetti, including tomato bread stew, beef tartare, oyster and parmesan cheese, or sardine with burrata and pickled onions. Then you can lift your ombra and toast one of the world’s most famous skylines. Salut!
If your plans include Venice, the hotel, which closes seasonally from mid-November to mid-March, reopens on March 20 this year. For reservations, email [email protected].
Author: Monte Mathews
Filed Under: Italian Travel, Italy, Kid-Friendly Hotels, San Clemente Island, San Clemente Palace Kempinski Venice, Venice, Venice Hotels, Where to stay in Venice
Day Fifteen of My Great Viking Adventure Part 2: Que c’est triste Venise
Ovenly’s Banana Nutella Coffee Cake