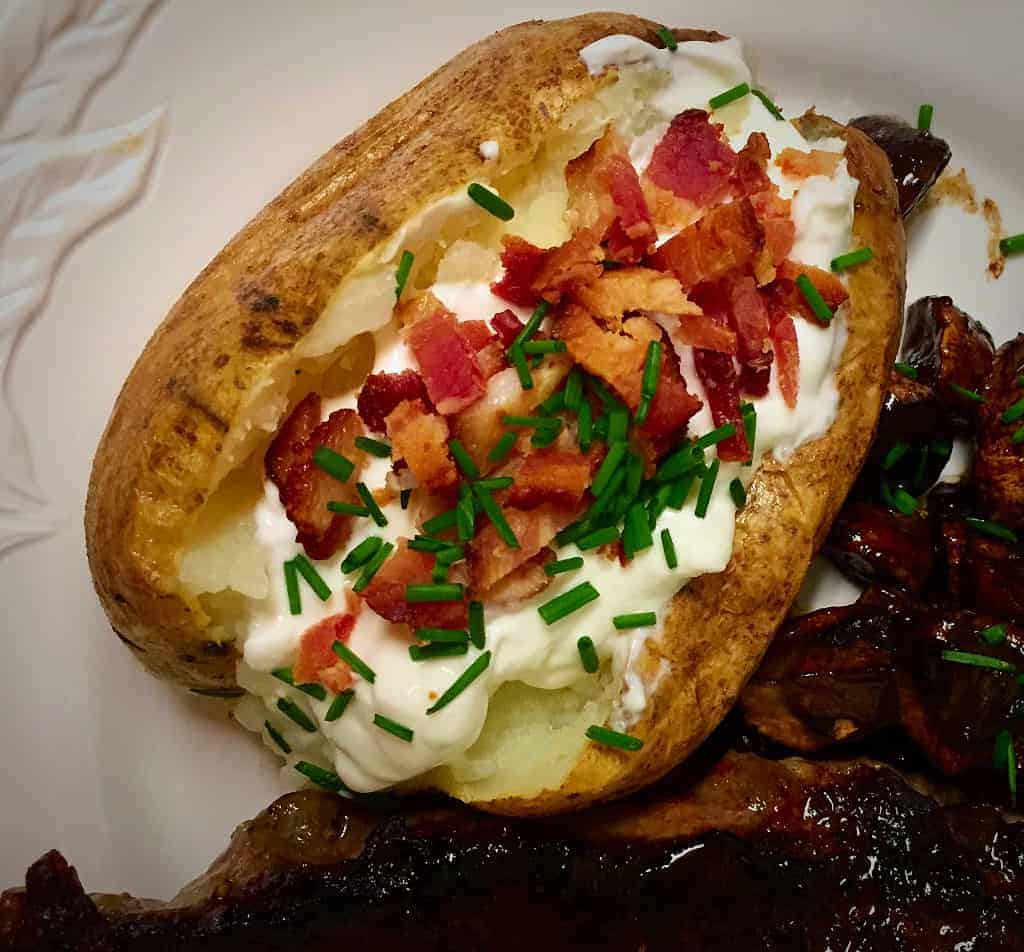 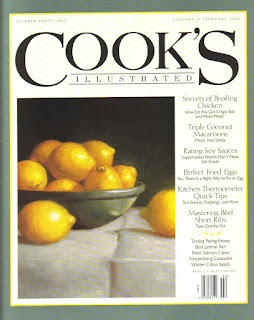 Not too long ago, I happened upon an America’s Test Kitchen show on PBS. One segment featured their take on The Perfect Baked Potato.  There it was in all its simplicity:  Stabbed, Brined, Baked, Coated with Olive Oil, Baked again only to emerge in a flawless-looking potato which, when cut open stem to stern, released its steam and revealed the fluffiest interior I’d ever seen.  To this butter was quickly added melting into the potato as a fork whipped it up.  This lily was then gilded with great dollops of Sour Cream that was then topped with crispy bacon and a shower of chives. Perfection on a plate.  I couldn’t wait to bake my own but first I wanted a taste of the baked potatoes that come from a food cart that’s parked daily in our neighborhood. 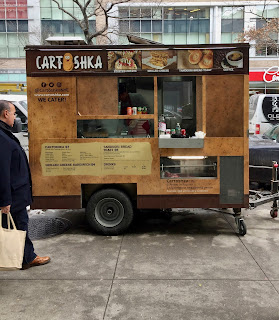 On Broadway, in front of one of the big box stores that dominate our stretch of the famous boulevard, sits “CartOshka”, a food cart that specializes in Baked Potatoes. I am not sure I know when it first arrived. I found out about it when I got onto the elevator with one of my neighbors who was exultant about the potato she’d just bought.  With CartOshka just down the street, what food writer could resist?

CartOshka, is a play on the Russian word Kartoshka for potato. It’s also used as a term of endearment as in “I love you, my little Kartoshka” and as a pejorative as slang for a gluttonous and slothful person as in “Quit acting like a Kartoshka” or so says the writing on the food cart’s side. Talk about double meanings.  CartOshka’s potato is truly something.  For $7 you get a potato that measured 6 inches long.  CartOshka then cuts the potato open from end to end.  Then the potato’s interior gets a brief fluffing followed by a big slab of butter about 4 tbsp. in size. The potato is salted and peppered and 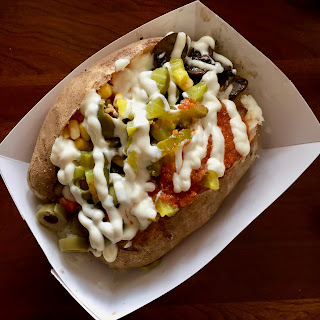 shredded mozzarella—a lot of shredded Mozarella—is mixed in, melting immediately.   Then comes the hard part: Choosing from the immense array of add-ins.  There’s no limit to how many of these you may add.  And only one—the sausage—involves paying an extra dollar. I decided to let CartOshka pick mine.  The cook really went wild. In no particular order, he added corn, green olives, peas-and-carrots, sautéed mushrooms, chopped dill pickles, hot sauce and mayo.  I can’t say I loved it all.  But I did love bits and pieces.  The corn was great as were the mushrooms. But the olives did little for me.  The hot sauce killed every other flavor and I was glad it was confined to one small area of potato.   But oh, that melted Mozzarella which emerged from the potato in strings of cheese, clinging to the buttery potato.
To make your own CartOshka, here’s the recipe from America’s Test Kitchen.  You’ll notice that an instant-read thermometer is used to check on the internal temperature of the potato.   In true America’s Test Kitchen fashion, they’ve determined that the ideal temperature is between 205 and 212 degrees. In other words, just below the boiling point. True confession time: I don’t have an instant-read thermometer in New York.  Mine is at the beach where it gets much more use.  I’ve found that following the timing given in the recipe, my potatoes emerged from the oven and they were flawless. The key here seems to be the instant brining–rolling the raw and pierced potato in highly salted water for a few seconds.  And secondly, the brushing of the potato with oil, or bacon or duck fat, to give the potato skin, a crispiness that’s reminiscent of the best barroom potato skins.   Here’s the recipe:
Recipe for The Perfect Mashed Potato from America’s Test Kitchen
Cook as many potatoes as you need, one per person.  Takes an hour but almost all that time is when the potato cooks in the oven.
4 to 6 Russet Baking Potatoes
2 Tbsp. Salt
1 Tbsp. Olive Oil, Bacon or Duck fat
Optional:
2 thick-cut slices of cooked bacon, cut into 1/4 inch dice.
Sour Cream
Chives, cut into 1/4 inch lengths. 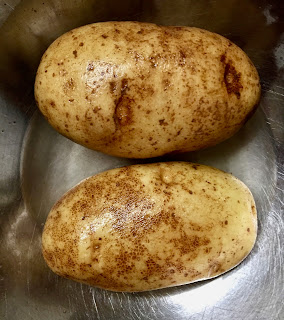 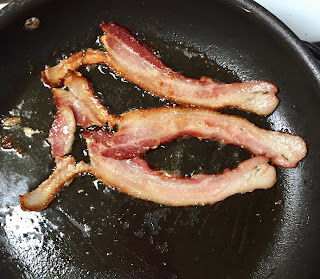 2. If you are going to top your potato with bacon, while the potato cooks, cook the bacon on the stovetop, reserving the bacon fat to use in the next step of cooking the potato.   If serving sour cream, now is a good time to take it out of the refrigerator so that it is not stone cold. 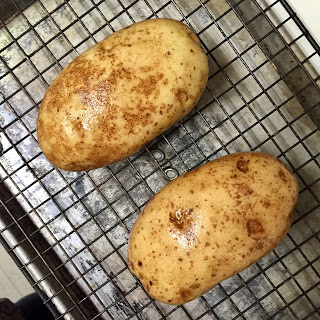 3. Remove potatoes from oven and brush tops and sides with olive oil or bacon or duck fat. Return potatoes to oven and continue to bake for 10 minutes. 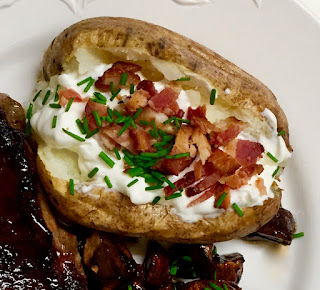 4. Remove potatoes from oven and, using paring knife, make 2 slits, forming X, in each potato. Using clean dish towel, hold ends and squeeze slightly to push flesh up and out. Immediately butter the potato generously. Season with salt and pepper to taste.  Add-ins can be used here or passed at table.  Serve immediately.