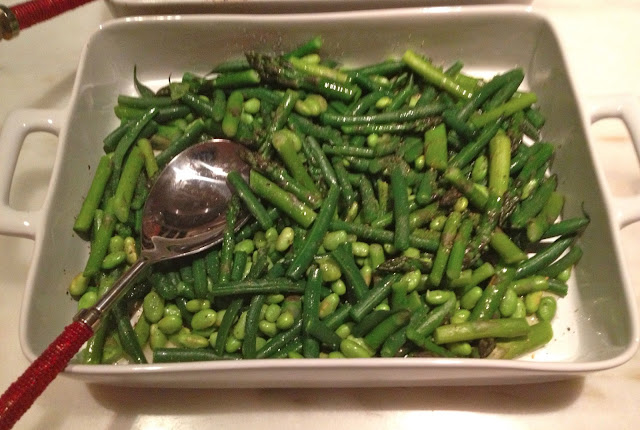 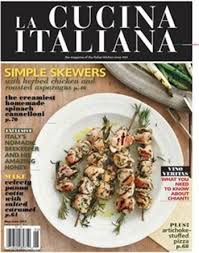 Asparagus season is here and we can’t get enough of the stuff. I’ve already served it in last year’s spicy stir-fry with chiles. http://chewingthefat.us.com/2011/05/spicy-pork-with-asparagus-and-chile.htmld. And then as a dinner salad that makes a meatless meal  http://chewingthefat.us.com/2011/05/spicy-pork-with-asparagus-and-chile.htmland then of course, there’s roasted asparagus which can be served as a side dish,an appetizer or, adding an egg, a light supper:

http://chewingthefat.us.com/2011/06/roasted-asparagus-with-lardons-and.html.  Now to add to our collection of asparagus recipes, comes this symphony of green.  It combines not only tender asparagus spears but Spring’s green beans or haricots verts, Fava beans or Edaname, baby peas—even lettuce if you’d like.  It started off as a recipe in La Cucina Italiana magazine entitled “Primizie verdi con scamorza e olio picante” or Green Spring Salad with Scamorza and Spicy Olive Oil.  You’ll notice there’s not one word about Asparagus in the name of the recipe.  But on closer inspection, 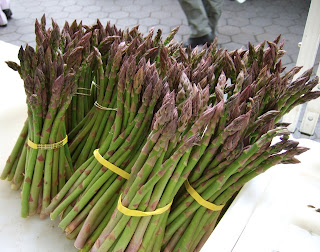 Asparagus was a key ingredient among several others. At a recent dinner party we gave, instead of offering up steamed, boiled or roasted asparagus exactly like everyone’s been eating it since asparagus season began, this gave us the chance to introduce it with several other Spring vegetables. The result is a side dish that looks like you went to an inordinate amount of trouble to make.  In fact, it’s amazingly easy.  And what I also discovered was this is an incredibly adaptable recipe and that you can use virtually any green vegetable you’d like. 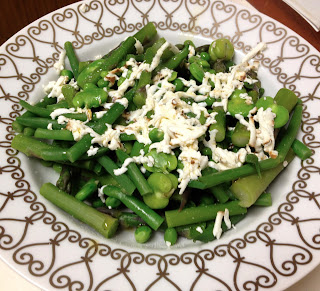 You may wonder what the Scamorza is La Cucina’s recipe. Scamorza is an Italian cow’s milk cheese that is similar to mozzarella. I could not find it even in the substantial cheese department at our local supermarket.  However, La Cucina insisted that smoked mozzarella would be a reasonable substitute.  You can see the smoked mozzarella topping the first version I made of the dish.  The second time, I really saw no need for the cheese.  I left it out and I can’t say that I missed it.  I’ll leave it in our recipe and let you decide.

Aside from its appearance in  “Silence of the Lambs”, the original Hannibal Lector movie, the Fava Bean is fairly unknown around our house.  I now know why.  The hairy pod of the Fava conceals surprisingly few ear-shaped beans.  And while you might think that retrieving them from their husk would be all they’d require, not so. They have shell over the bean that has to be peeled and the bean removed.  That seems like an awful lot of work for something that doesn’t pack a lot of flavor.  The second go ‘round I opted for Edaname instead, the nicely packaged version where everything’s been peeled for you.  The two are amazingly similar from a nutritional standpoint.  But the edaname actually outpaces the Fava for both protein and fiber.  I’ve used both haricots verts and good old string beans and both work.  I highly recommend keeping the petits pois  in the recipe, they add a sweetness that’s a good counterpoint to the asparagus. Finally, the chili oil is very much a matter of taste. The minimal quantity in the original recipe didn’t bring much to the party. So the second go round, I upped the amount of red chile pepper flakes.  The dish was served warm, the leftovers, cold.   Either way it was a total winner.  Here’s the recipe: 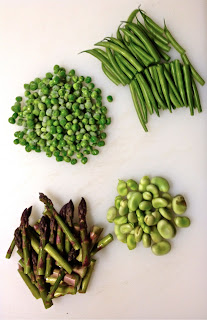