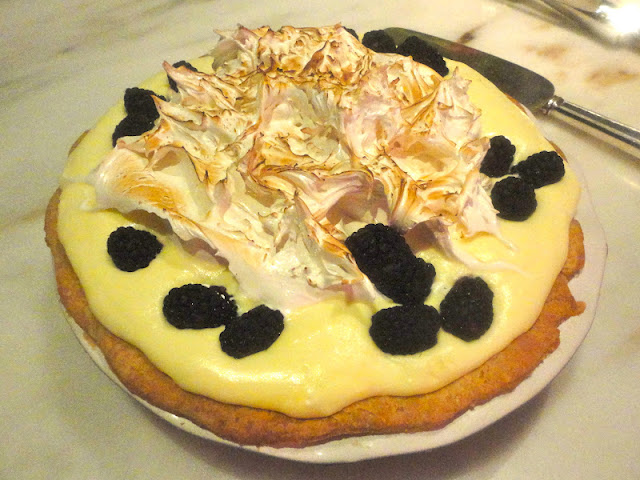 Two winters ago, Andrew and I fell in love with a Blackberry Yogurt we bought in St. Barth.  The yogurt or, more correctly Yaourt Grec avecs Mures, even made it onto our “15 Things You Must Eat in St. Barth” post and our friends Mary and John made a beeline for it when they went down to the island right after we did.  Now, I had pegged the calorie count at 80, which had it been correct, would have been the best tasting 80 calories I ever consumed.  Most unfortunately, Mary read the label correctly and the calorie count zoomed up to 280. 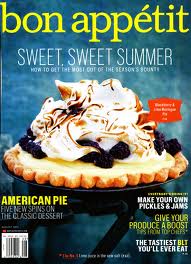 Still not bad but 200 calories I hadn’t counted on.  And I hadn’t counted on how much we loved the blackberries in the rich, creamy thick yogurt.  It’s blackberry season so when Andrew dug through his recipe files, he was delighted to discover a Bon Appetit with a glorious Cover Girl.  More properly, Blackberries sitting atop a lemon curd filling and topped with Italian Meringue.  Calories be damned, he decided to make this glorious confection.  Even if it took all day.

When I was preparing this post, something stood out immediately.  As I reviewed the photos Andrew took of the making of the pie, I edited down the possibilities.  Much to my astonishment, there were 29 selects!  I will say Andrew did such a terrific job with the photos, I was taken with every one of them.  Then, as I got into the Bon Appetit website’s comments about the pie, I realized one reason for the extraordinary number of pictures.  There were many protests over the length of time the pie takes to cook.  There were people talking about how their hands were raw just from washing the pots and pans involved.  But there were equal numbers of truly hard core bakers who couldn’t get enough to the resulting dessert. True, there are many steps here.  There’s waiting time and gelling time and cooking time.  There’s a crust to bake and meringue to make.  But I must say it is worth every minute just to dive into the tangy lime curd,  the buttery, flaky crust, the ambrosial meringue and of course, the luscious wine-infused blackberries hidden under the curd and the fresh blackberries atop the meringue.  So for those of you who are serious bakers, this one’s for you. And for the rest of you, have a slice of vicarious pie. You’ll be glad to know it will have zero calories.  Here’s the recipe.

Recipe for Blackberry and Lime Italian Meringue Pie from Bon Appetit:
For the Lime Curd: 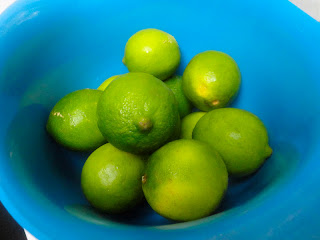 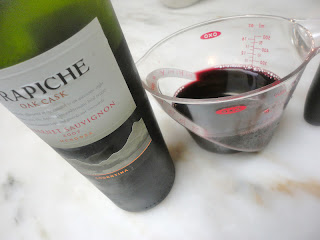 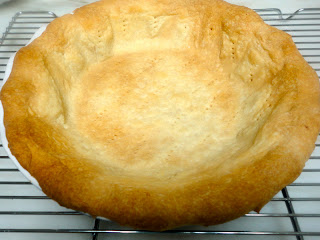 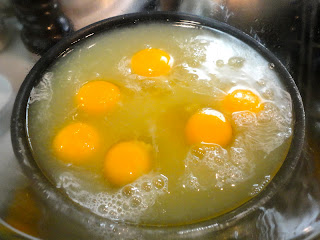 Set a strainer over a medium bowl; set aside. Stir lime juice, eggs, egg yolks, and sugar together in another medium bowl. Set bowl over a large saucepan of gently simmering water (do not allow bottom of bowl to touch water). 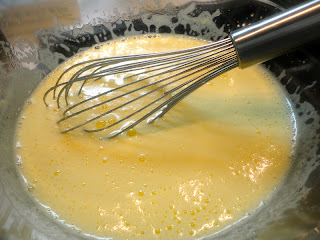 Whisk until mixture has thickened… 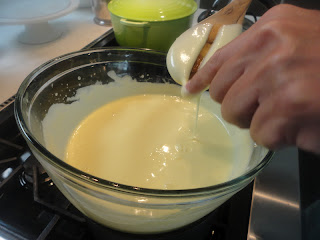 a finger drawn over the back of a wooden spoon leaves a path when lifted from curd, and an instant-read thermometer registers 175°, about 15 minutes. Add butter to curd, one Tbsp. at a time, whisking to    blend between additions. 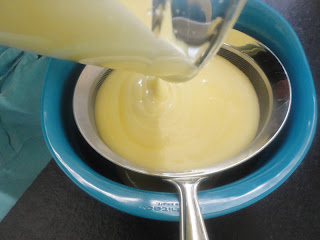 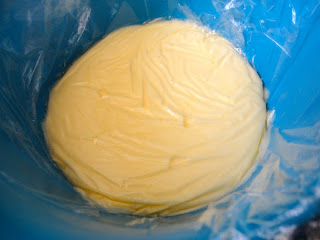 Press plastic wrap directly onto surface of curd. Chill until cold, about 2 hours. Note: Can be made 2 days ahead. Refrigerate curd. 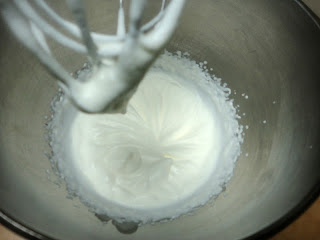 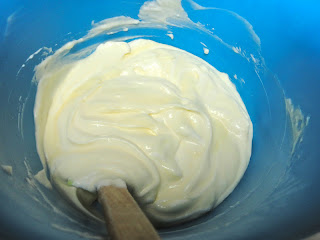 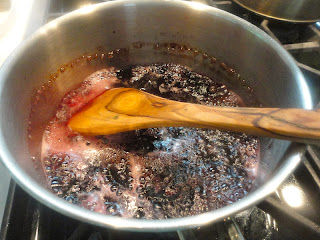 Bring red wine, sugar, and 1/2 cup water to a simmer in a medium    saucepan over high heat; 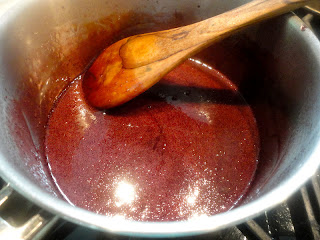 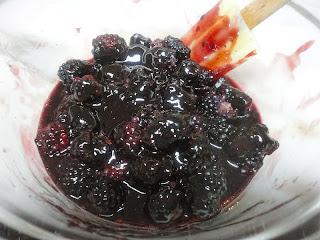 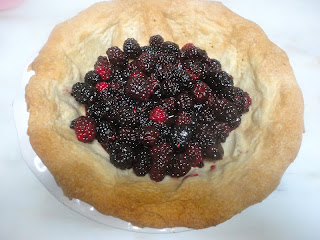 Spread compote in an even layer over baked crust. 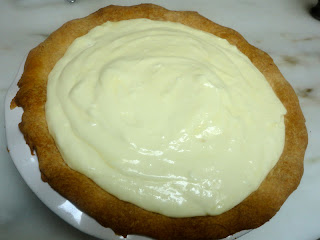 Spoon lime curd over berries, smooth top, and chill for 1 hour.
For the Meringue:*

*Note: Italian meringue is made by beating egg whites until they reach soft, fluffy peaks, then slowly streaming in boiling sugar and beating the mixture until it is thick and glossy. A basic meringue, also known as a French meringue, is made by beating granulated sugar into egg whites until the mixture reaches soft peaks. The hot sugar syrup used to make Italian meringue essentially cooks the egg whites as it is incorporated. This means that you don’t need to cook or bake the meringue before using it. It also means that the meringue is going to be a lot more stable and less likely to deflate or weep than a simple meringue is.

When making an Italian meringue, it is important to add the boiling sugar syrup very slowly, so that you don’t accidentally cook your eggs by overheating them. It is also important to keep the mixer (or your arm, if you are buff/brave) working on a medium-low speed while you work, so that the syrup is incorporated consistently without flying off the whisk attachment or beaters of your mixer. Once the syrup has been incorporated, the meringue is beaten at high speed for several minutes until it has cooled down. Unlike a simple meringue, you cannot overbeat an Italian meringue, so there is no need to worry about that.

Andrew used a kitchen blow torch to toast his meringue. You can use your oven if you don’t have one.  If toasting meringue in oven, preheat oven to 450°. 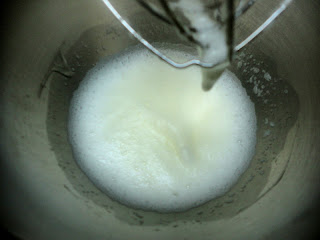 Place egg whites in the bowl of a stand mixer fitted with a whisk attachment. Beat whites in mixer until soft peaks form. Set aside. 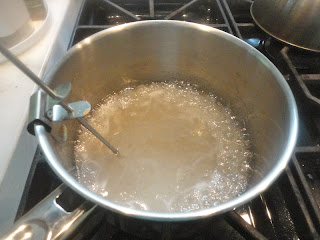 Stir sugar, corn syrup, and 1/4 cup water in a medium saucepan over        medium-low heat until sugar dissolves. Attach a candy thermometer to side of pan. 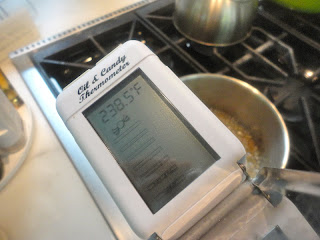 Increase heat to medium-high and boil without stirring, occasionally swirling pan and brushing down sides of pan with a wet pastry brush, until thermometer registers 238°, 6-8   minutes. Remove pan from heat.
Meanwhile, beat whites in mixer until soft peaks form. Beat in salt. Slowly pour hot sugar syrup down side of bowl into whites and beat until meringue is firm and glossy. Continue beating until cool, about 4 minutes. 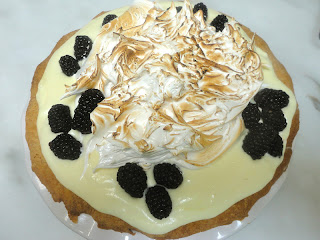 Spoon meringue over lime curd, leaving a 1″ plain border, and sculpt decoratively. Tuck 1 cup berries in and around meringue.
Bake pie until meringue is toasted in spots, 3-5 minutes (or use a kitchen torch to   brown). Chill for 30 minutes before serving. Note: Pie can be made 3 hours ahead. Keep chilled.

For a Blind-baked pie Crust: 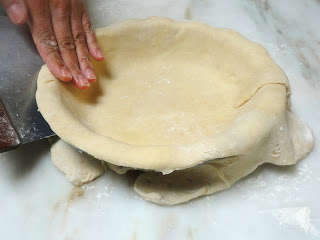 Process flour, butter, vegetable shortening, sugar, and salt in a food processor until butter resembles tiny pebbles, about 25 seconds. Transfer to a large bowl. Gradually add 3/4 cup ice water, using a fork to stir until dough is a mixture of clumpy wet pieces and sandier pieces, adding more water by tablespoonfuls if dry. Press plastic wrap over surface of dough. Chill in the bowl at least 1 hour or over night. 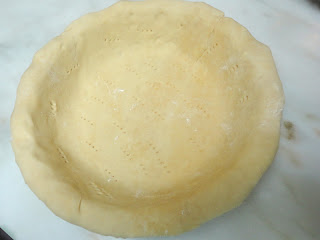 Preheat oven to 375°. Prick chilled crust in pie dish (see instructions, above) all over with a fork. 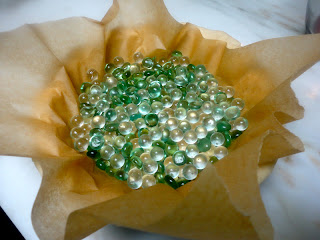