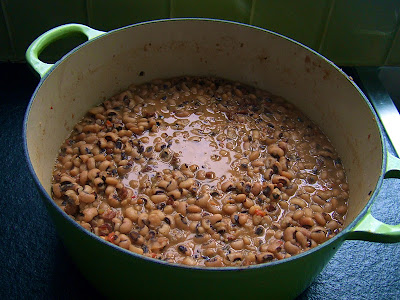 When I was first learning my way around the kitchen, The New York Times Cookbook (Harper and Row, 1st published 1961) was my constant companion. Its editor was an immensely talented writer and cook named Craig Claiborne. So you can imagine my excitement when, quite a few years and many successful New York Times recipes later, I spied an open seat next to Mr. Claiborne on a Manhattan-bound Hampton Jitney, then my preferred way to get back and forth to the city. I took my seat and introduced myself. 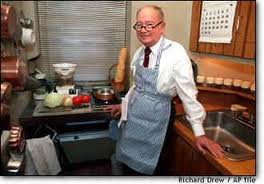 Craig Claiborne (1920 – 2000) was born in the town of Sunflower, in Sunflower County, Mississippi. Now you would seriously imagine that anyone coming from such a lovely-sounding place would be the most gracious and gentlemanly of Southerners. At least I did. Quite the contrary, from the moment I introduced myself to him until the Jitney pulled onto Third Avenue some 2 and a half hours later, Mr. Claiborne let out a stream of vitriol no matter what the subject matter was. He was the most miserably unhappy person I’d ever encountered.  But if you know who Glenn Beck is, you’ll get the picture.
He railed against just about everything. From what an idiot whatever President was in office was to how terrible the Hamptons had become, on and on he went. He hated the city. He hated the country. He hated taking the train. He hated taking the Jitney. No matter what subject I tried to change our conversation to, it was greeted with more seething. And this stream of loathing was sputtered out in language reputed to make even sailors blush. I know I did.
Frankly, it was a tremendous relief when the trip finally ended and he offered me his hand, telling me how nice it was to talk to me and how he hoped he’d run into me again. I think I started taking the train shortly after our encounter. I may have even bought a car. But I know that was my first and last meeting with my culinary hero.

Except, of course, in matters of food. I still followed his recipes and even bought his ‘new’ cookbook “Southern Cooking” (Wings Books 1987). In fairness, Craig Claiborne had a nightmarish childhood all described in somewhat lurid detail in his ‘Memoir with Recipes’ , “A Feast Made for Laughter” (Holt Rinehart Winston 1982). There was abuse and incest and general unpleasantness, memories of which he apparently was still carrying around 60 years later when I met him.  Fortunately for the rest of us, there was also some spectacularly good cooking. 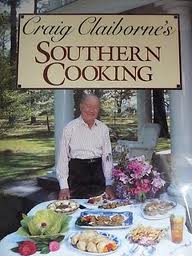 In “Southern Cooking”, Mr. Claiborne not only opened his recipe files, he also comments on and notes the history of many of the dishes he shares. Among them is his recipe for New Year’s Day Black-eyed Peas. Along with “Hoppin’ John”, a version of a Black Eyed Peas dish that also includes rice, eating these little beans on New Year’s is supposed to guarantee good fortune throughout the year. I can’t think of a year when we’d all like a little good fortune more than this one. I have ‘montefied’ this recipe slightly—I like it with a little more heat and quite a few more vegetables than Mr. C. but the bones are his. And here it is: 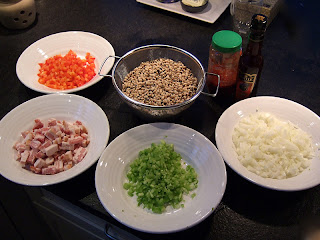 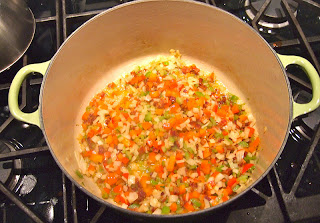 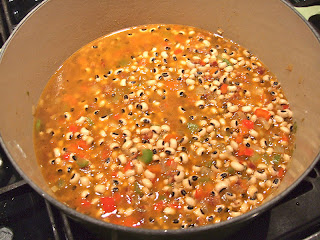 4. Add 6 cups of water and return to a boil. Let simmer about 1 hour stirring occasionally from the bottom of the pot. Check the peas and, if necessary, add more water. Continue cooking 30 minutes. Total cooking time is 2 ½ hours.
Yield 16 servings.