My latest Restaurant Report was just published by The Daily Meal. And here it is… Hurray for Harry’s at 1 Hanover Square

“If you are a native New Yorker”,” Ruth Reichl wrote, ”Steak is in your blood”.  The former editor of the late, lamented Gourmet Magazine penned these words in 1994.  And now, almost 25 years later, its palace, the Steakhouse still tops the list of the city’s most popular restaurant experiences.  Even the menu at these establishments has hardly varied: Steak, Potatoes, Creamed Spinach and a good stiff drink.  The city’s Beefsteak Banquets and Chophouses have been around for 150 years. Then, however, the good stiff drink was likely beer.  After prohibition, cocktails worked their way onto Steakhouse menus. It wasn’t until the 1980s that fine wines appeared to quench the thirst of high rollers, particularly those associated with Wall Street. Today, Wall Streeters don’t have to walk far to find the latest incarnation of a great “steakhouse”. Just four blocks away is  Harry’s at 1 Hanover Square. 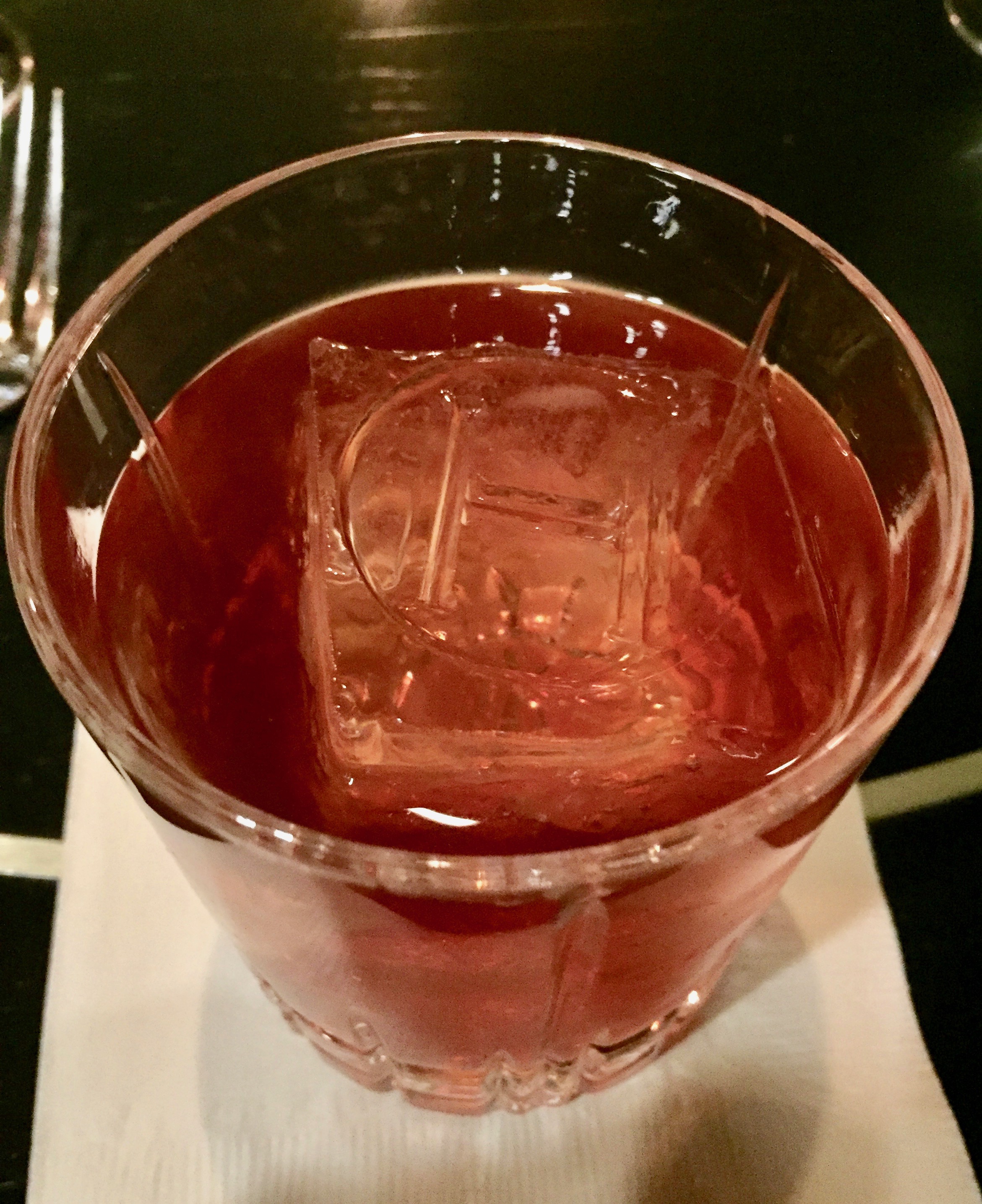 In 1972, Harry Poulakakos found a perfect space for his Steakhouse in the base of the historic India House.  There, with his wife Adrienne, he created a Wall Street institution.  The restaurant even made it into Tom Wolfe’s “Bonfire of the Vanities” and Bret Easton Ellis’s “American Psycho”.  For 30 years the couple presided over a place where both good times and bad were celebrated by a generation of traders in the markets. After Adrienne died in 2003, Harry closed down his restaurant business.   Just three years later, the Poulakakos’s son Peter, along with two partners, Michael Jewell and Danny McDonald, determined to revive Harry’s in its original location. And after another renovation and the creation of a new menu this year, they’ve done it again.  They’ve expanded Harry’s menu amping up the Steakhouse standbys and adding delightful surprises. Peter knows his stuff.  A successful restauranteur, he presides over an empire of 22 restaurants and a fine wine store called Vintry. But Peter’s flagship is unquestionably Harry’s.   On a recent visit to the restaurant, it was apparent that the Wall Street crowd is still wild about Harry’s. And now that the neighborhood is becoming increasingly residential,  Harry’s has also captured its share of locals to its comfortable banquettes and club-like atmosphere. Then there’s its terrific new menu both at the bar and in the restaurant.  Patrons belly up for ‘Shareable Cocktails” (priced from $17 for an individual to $48 for sharing).  Our personal favorite was an “Old Mr. Johnson”, a long ago bartender who is saluted with Bulleit Rye Whisky, Chile Cordial, Pierre Ferrand Dry Curaçao, Cream Sherry, Angostura Bitters which is served on the Rock, singular, a monogrammed ice cube with an embossed H on top. 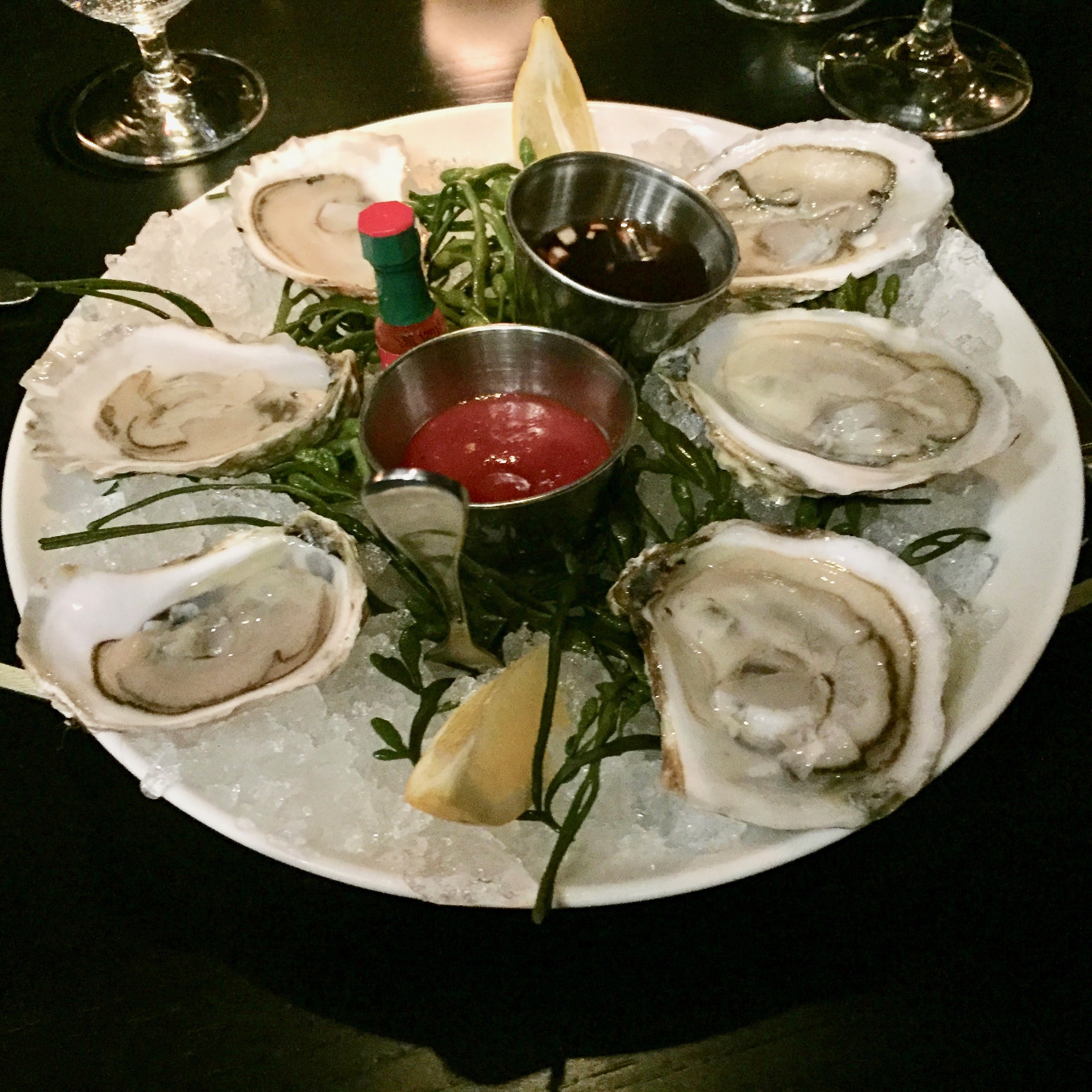 Harry’s menu is far more extensive than Steak, Potatoes and creamed Spinach.  Expect to find Local Oysters (Both Fisher Island and Bluepoints) and of course, the essential Jumbo Shrimp Cocktail but hold on…where did that perfect plate of Hamachi and Tuna Crudo materialize from?  That House-Smoked Canadian Bacon? Or that Prosciutto di Parma? Eschew the steak if you must. You are hardly “settling” for Harry’s Lobster Thermidor, Dover Sole Meuniere or Wild Striped Bass.  But if you love Steak, how can you pass up Harry’s choice of six steakhouse cuts –even one that’s called Duck Steak?  They’re cooked and seasoned to such perfection that not even a salt cellar is called for on the table.  Still feeling peckish?  Four pastas await, four salads too.  And then there are those sides…four choices among the potatoes alone, haricots verts properly cooked and almandined at that, and your choice of spinach steamed, creamed or sautéed.  But miss the Tempura Onion Rings and you’ll miss a superb take on these too.  But no matter what you choose, do leave room for “Harry’s Ice Cream Sundae” which arrives with no less that 6 toppings for your three scoops of ice cream. 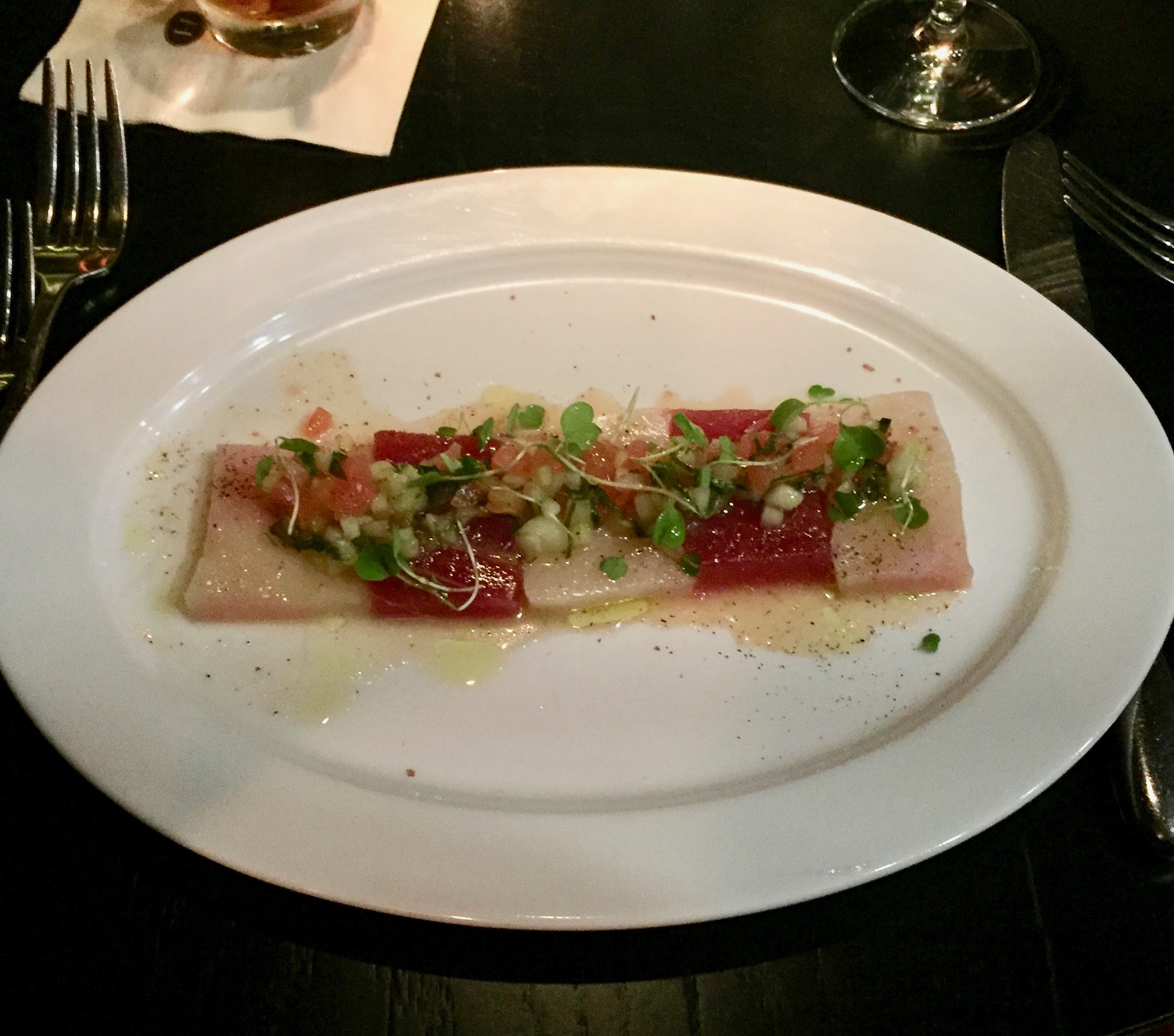 Harry’s struck us as a perfect example of a good thing made better: The return of a New York Institution, a classic “steakhouse” with so much more going for it than just great steak.

A portion of the reviewer’s check was covered by Harry’s.

2 thoughts on “My latest Restaurant Report was just published by The Daily Meal. And here it is…”