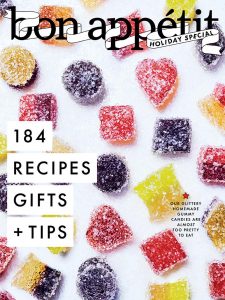 That is precisely what Bon Appetit called this submarine sandwich.

Or more properly, it’s what Assistant Food Editor Amelia Rampe called her invention. That was likely preferable to her later reference when she called it a “Broccoli Sandwich”.  That was, unfortunately, what I called the thing when I told Andrew that I was making one for Sunday lunch.  He was less than excited but vowed to keep an open mind.  You can guess the rest.  He really liked it in all its cheesy, roasted broccoli goodness.  The accompanying peppadew peppers, hot and sweet, add another layer of surprise.  And since we like things spicy around our house, I used a simple Chipotle Pepper-spiked Mayonnaise for even more taste.  The result truly was a Vegetarian Sandwich we loved.  Is it a hoagie? A Wedge? A Hero? Or a Grinder? And what, you may ask, is the difference?

Since Andrew and I both went to college in Rhode Island, we would call it a Grinder.

But the root of the Grinder and every other one of its namesakes is undoubtedly the Italian Sandwich. Waves of Italian immigrants in the late 19th and early 20th centuries all conjured up some version of the sandwich from Maine to Delaware and everywhere in between.  Portland, Maine, lays claim to be its birthplace and it is to this day considered Maine’s signature sandwich.  But they’d be hard-pressed to take the title away from one Dominic Conti of Patterson, New Jersey.

Mr. Conti arrived in this country around 1895.

He brought with him a recipe for a long-crusted roll which he filled with cold cuts, topped with lettuce, tomatoes, peppers, onions, oil, vinegar, Italian herbs and spices, salt, and pepper. The sandwich started with a layer of cheese and ended with a layer of cheese.  According to his granddaughter, this was so that the bread wouldn’t get soggy.   He made the sandwiches in a grocery store he opened in 1910 called “Dominic Conti’s Grocery Store”.  It wasn’t until 1928, that Conti named his sandwich a “Submarine” after a visit to the Patterson Museum where he saw a recovered submarine called Fenian Ram. The resemblance to a submarine is obvious.  It led to many a story claiming the ‘sub’ got its name in New London, Connecticut during World War II when the Primary Submarine base was located there.  But there were printed Advertisements that appeared in Delaware calling the sandwich a submarine before the US even entered the War.

In and around Philadelphia, the submarine sandwich was given the name “Hoagie” by Italians working at the shipyard in Philadelphia known as Hog Island.

Starting as the Hog Island sandwich, it was shortened to Hoggie and finally became a ‘hoagie’.  Not so fast, claims The Philadelphia Almanac and Citizen’s Manual.  The hoagie was created by street vendors who for reasons unknown were called ‘hokey-pokey’ men.  Yet more controversy ensues as the term ‘on the hoke’ came into being in Italian neighborhoods where it was slang for a destitute person. Deli owners would give away scraps of meat and cheese stuffed into a roll called a Hokie, the Italian pronunciation for which was Hoagie.

And then we arrive in New York where the locals called a hoagie a hero in 1937  and still do to this very day.

Finally we get to New England’s Grinder.

The origin of its name comes down to two theories.  One is that the name comes from the Italian American slang for a dock worker.  And it is true that the sandwich was popular among that particular audience.  But another plausible explanation is more prosaic. It was called a Grinder because it took a lot of chewing the eat the hard crust of the bread used to make the sandwich.  Here is the recipe for our… 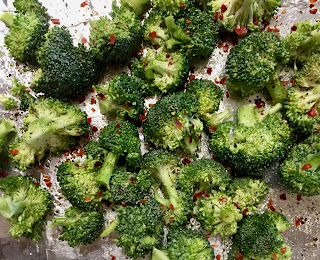 1 head of Broccoli, broken down into florets

For the Chipotle Mayonnaise:

2 tsp. Chipotle Peppers in Adobo, liquid only.
1. Preheat oven to 425 degrees
2. Toss the broccoli florets with olive oil, salt, pepper and chili flakes.
Place the broccoli on a rimmed baking sheet and put it into the hot oven for about 25 minutes.  Leave the oven on when you remove the broccoli. 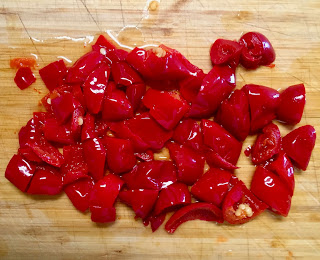 3. While the broccoli is roasting, roughly chop the hot, sweet Peppadew peppers and set aside.
4. In a small bowl, make the Chipotle mayo by whisking chipotle’s liquid into the Mayonaisse
Slice the roll in half. Spread the Chipotle mayo over each side of the bread. Toast the roll halves in the toaster oven for 3 minutes. Remove from toaster oven. 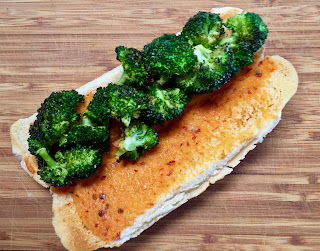 5. Pile the broccoli on the bottom half of the bread, drizzle pepper brine on the broccoli and top with Provolone cheese slices.  I used two layers of cheese but you can choose less or more per personal preference. Pop the sandwiches back in the oven just long enough to melt the cheese. 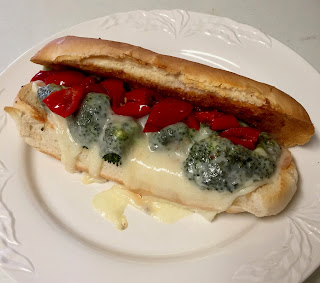 4 thoughts on “"A Vegetarian Sandwich that’s impossible to dislike"”