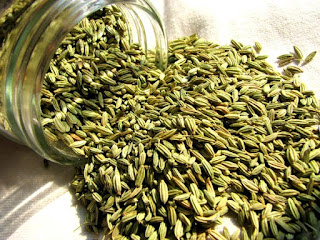 The One-Skillet Dinner is a favorite of whoever draws kitchen clean-up.  And whoever is doing the cooking isn’t unhappy about it either.  Every ingredient that goes into the one pot flavors all the others.  Here we have a simple bone-in Pork Chop, a blank canvas of ‘the other white meat’.   Anise-flavored fennel, some smoky Spanish paprika and garlic come together in a quick 30-minute marinade for the pork.  As it cooks, the pork releases some of its juices and, along with the fennel crust, gives great flavor to both the Shallots and Fingerling Potatoes that are added to the pot .  When you serve the dish, all the flavors meld together and your simple pork chop has become a taste that was altogether new to us.   It’s a perfect thing to serve in the run-up to Christmas when time is at a minimum.  And one of its featured elements, fennel, is one of the most nutritious things you can eat. 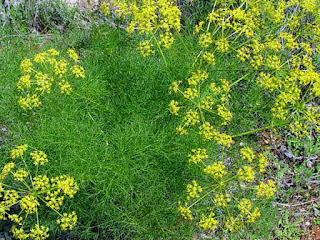 Fennel, a member of the carrot family, is Mediterranean in origin. It first grew in the dry soil near the seacoast and on riverbanks.  In Italy, where it is called “Finochio”, it’s prized as a highly aromatic and flavorful herb with both uses in the kitchen and as a medicine.   It has a mild anise taste from its fronds to its bulb. Alice Waters of Chez Panisse in Berkeley CA, can be credited for popularizing the Fennel bulb in this country which can be sautéed, stewed, braised, grilled or eaten raw.  In this recipe, it’s the fennel seed that’s used and the seed itself has some remarkable health benefits. In this recipe, 1 ½ tablespoons of Fennel seeds are a rich source of protein, dietary fiber, B vitamins and minerals including calcium, iron, magnesium and manganese.  Amazing, considering that’s just a tablespoon and a half!  Fennel is even said to strengthen eyesight.  Henry Wadsworth Longfellow celebrated this in his 1842 poem “The Goblet of Life”. He wrote:
Above the lower plants it towers
The Fennel with its yellow flowers,
And in an earlier age than ours
Was gifted with the wondrous powers
Lost Vision to restore.
And imagine!  For all its wondrous powers, it makes tonight’s dinner a wonderful one. I adapted this recipe from Bon Appetit where credit was given to Alison Roman.  Here is the recipe:
Recipe for Fennel-Crusted Pork Chops with Potatoes and Shallots
If the vegetables are cut into similarly sized pieces, they will cook at the same rate.  That allows for this entire dish– including the sauce—to be cooked in one pan in one hour. Serves 4. 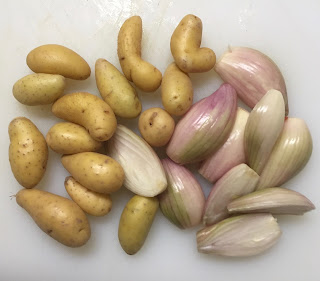 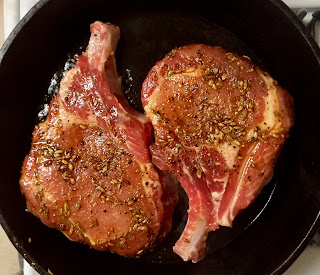 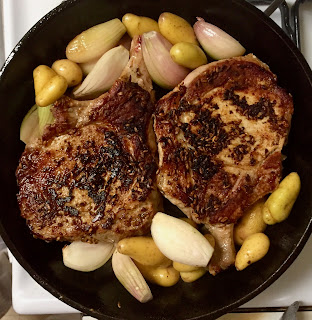 Add potatoes and shallots to skillet; season with salt and pepper and toss to coat in pan drippings. Cook, tossing potatoes and shallots occasionally, until pork is golden brown on second side, about 4 minutes.
Transfer to oven and roast until potatoes are tender and an instant-read thermometer inserted into thickest part of chops registers 135°, 10–15 minutes. (If potatoes need more time, transfer chops to a plate and continue to roast potatoes until tender; transfer chops back to skillet when potatoes are done.) 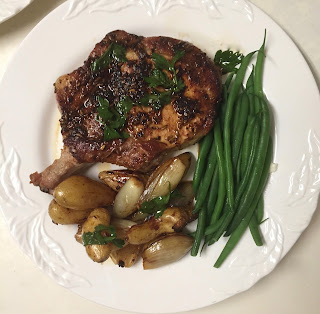