A great crab cake is not easy to find.  Many versions of this Maryland classic are purposefully stuffed with as much bread as there is crab.  Sometimes this is to compensate for the price of crab meat which will run you about $22.00 a lb. And often the additional bread is to give the cake enough heft so that it won’t fall apart. This is a particular trait of the cocktail party crab cake which of necessity has to make it in one piece from plate to palate.  Nevertheless, I love the things and despite believing that I had a perfect recipe, I could not resist trying one.  The results were smashing. The interior of the crunchy golden cake is light as air, filled with crab meat flavored with no less than four vegetables, none of which I’d ever seen in crab cake before.  And then there’s the accompanying Remoulade.  This complex mix of onion, shallots and chives packs enough heat to make it much more interesting than the usual ketchup-y mayo that’s normally passed with those cocktail crab cakes.   All in all, this recipe deserves your attention. That may very well be because its pedigree is second to none.

If the Forgione in Marc’s name rings a bell, it’s because it should.  Mark’s father is Larry Forgione, a man who deserves his title as the “Godfather of American Cuisine”.  A Long Island boy, Forgione found his calling early and graduated from The Culinary Institute of America at age 22.  From there he did the mandatory training in Europe returning to the States with accolades from the Prix Pierre Tattinger in Paris and after being a silver medalist in the British Culinary Olympics.  In 1983, Forgione opened An American Place, which became one of the iconic restaurants of his generation. How well I remember being taken to this wonderfully intimate spot on the Upper East Side of Manhattan where, for the first time in my memory, the food took center stage.  This was farm-to-table cooking before anyone had coined the phrase.  I can’t be sure I didn’t actually have a crab cake there but Larry’s son, Marc Forgione, did.

In this month’s Food and Wine Magazine, where I found this recipe, Marc recalls bringing his 4thgrade teacher, Sister Helen Edward to An American Place.  His usual fare there was an off menu item: a chicken salad sandwich.  But to impress Sister Helen with his sophistication, he ordered the crab cake.  He was surprised how much he liked it.  Today, Marc presides over his own restaurant American Cut (363 Greenwich St., New York, NY Tel: (212) 226-4736). It may be a Steakhouse but it features this crab cake on its menu.  The Remoulade recipe is his father’s.  Larry Forgione has left the restaurant business and now, most appropriately, heads American Food Studies: Farm to Table Cooking Curriculum at the west coast branch of the CIA in St. Helena CA. He’s also the Co-Founder and Culinary Director at The Conservatory at Greystone, the school’s student-led restaurant. So if you’d like to sample his disciple’s culinary artistry you can. The Conservatory is at 2555 Main St. St. Helena CA (Tel: (707) 967-2300.

As to today’s recipe, it packs a lot of ingredients but don’t be daunted by them.  Also, to achieve the mincing required, use your food processor for both recipes: to mince the onions in the Remoulade and to mince vegetables for the crab cake itself.  Finally, build in the hour it takes to refrigerate the formed cakes. That way they will hold together making it much easier to coat with the rice flour, egg and cornflakes.  Here is the recipe:
Marc Forgione’s Recipe for Crab Cakes with Smoky Onion Remoulade From Food and Wine Magazine Active Time 1 hour. Total Time 2 hrs. Makes 6 crab cakes. 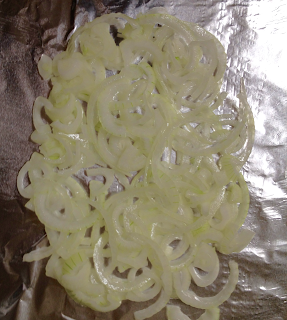 For the Crab Cakes: 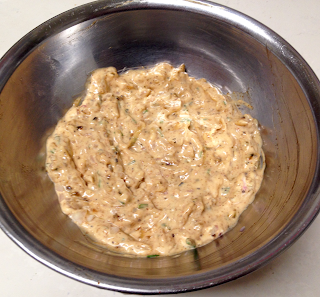 2. In a medium bowl, whisk the onion with the mayonnaise, vinegar, chives, shallot, chili powder and cayenne. Season with smoked sea salt. 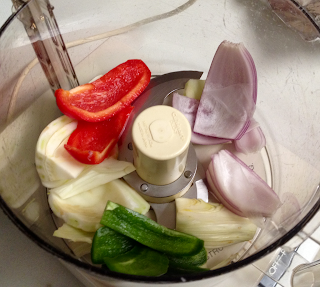 1. Pulse the fennel, onion, bell pepper and jalapeno in the food processor until the vegetables are minced. 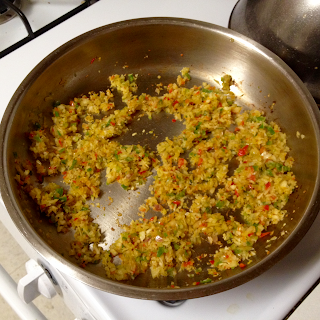 2. In a large ovenproof skillet, heat 2 tablespoons of the oil. Add the fennel, onion, red pepper and jalapeño and cook over moderate heat, stirring, until softened and just starting to brown, about 7 minutes. Stir in the brandy and Old Bay and cook until the brandy has evaporated, about 1 minute. Scrape into a large bowl and let cool; wipe out the skillet.

3. Stir the mayonnaise, lemon juice, parsley, tarragon and Tabasco into the vegetables. Gently fold in the crab. Shape the mixture into 6 cakes and transfer to a wax-paper-lined plate. Refrigerate for 1 hour.
4. Preheat the oven to 350°. In a shallow bowl, beat the eggs. Spread the rice flour and crushed cornflakes in 2 separate shallow bowls. Gently but firmly pack each crab cake so it holds its shape. Dredge in the rice flour, then dip in the egg and dredge in the cornflakes, gently patting to help the crumbs adhere; transfer to the plate. 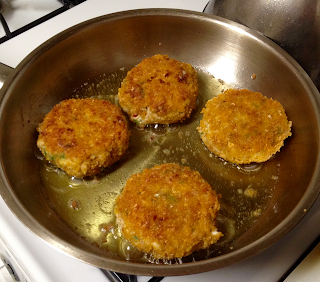 5. Heat the remaining 6 tablespoons of oil in the skillet until shimmering. Add the crab cakes and cook over moderately high heat, turning once, until golden and crusty on both sides, about 5 minutes. Transfer the skillet to the oven and bake the crab cakes for 5 minutes, until heated through. 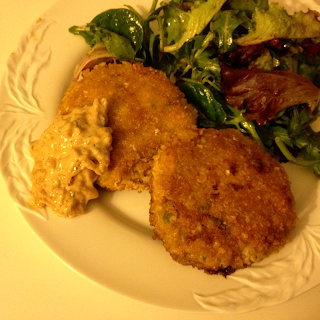 6. Transfer to plates and serve with the remoulade.