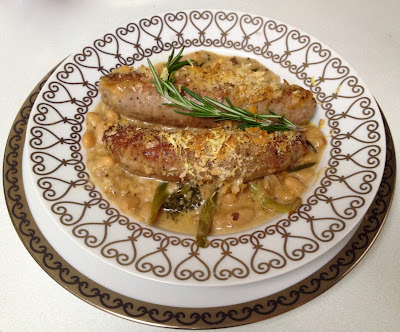 If you watched the news anytime in the past 72 hours, you undoubtedly heard that much of the Mid-Atlantic states are under a blanket of snow so deep, Washington DC is shut down for at least another day.  Here in New York, the snowfall came within 2/10th of an inch of setting an all time record for a single storm.  New Yorkers inevitably react to any weather report predicting “Snowmaggeden” by storming the grocery stores and stripping the shelves of every loaf of bread and bottle of milk.  Last Friday was no exception.  It took me two full hours to get my supplies in. I went to three markets with lines out the doors at ten in the morning. This was fully twelve hours before the first flake was forecast to fall.  Later in the day, Andrew walked home past a line of people stretching round a block just to get into Trader Joe’s.  By that time, I was home cooking up a storm…sorry I couldn’t resist.

One item I wanted on the menu this weekend breaks all kinds of my rules.  The number one of these is that I cook everything from scratch.  It’s not just a point of pride, it’s because I genuinely try to avoid processed foods at all costs.   The reason for today’s exception was a great shot of a cast iron skillet filled with creamy white beans in a luscious looking sauce, lovely greens interspersed between the beans and two Italian sausages nestled into this hearty dish.  It was an ad for Bertolli, the Italian foods company.  They were hawking their Garlic Alfredo pasta sauce.  It appeared in Bon Appetit way back last Spring. If there’s one thing it didn’t look like, it was Spring.  To me it speaks of Winter and warm and comforting food. The original recipe called for Broccoli Rabe.  Please feel free to use a small bunch of it after having trimmed the tough stalks.  I substituted Baby Spinach. And I used a jar of Bertolli Garlic Alfredo sauce because, after all, isn’t Bertolli a wonderful old Italian brand? Well not anymore it isn’t.

A man named Francesco Bertolli founded his eponymous company in Lucca, Tuscany in 1865.  He started with Olive Oil which the company still is famous for.  But somewhere along the line, Bertolli was sold off to Unilever, of all people.  The Anglo-Dutch company put the Bertolli name on pasta sauces and ready meals, like the Alfredo sauce used in this recipe.  But Unilever wanted out of the food business and sold off Bertolli somewhat piecemeal.  The Olive Oil went to Spain in 2008, the frozen foods were sold to ConAgra in 2012 and finally in 2014, the pasta sauce business was sold to the Japanese Mizkan Group for the sum of $2.15 billion.  Talk about fusion cuisine. At any rate, this is a very simple recipe and if you choose to, you can use your favorite brand of jarred Alfredo sauce.  I stuck with Bertolli, largely because it was featured in a two for one sale.  The recipe is easy, photographing the result is not.  It’s another one of those dishes which, despite my best efforts, is overwhelmingly monochromatic.  Problem number one is that the entire top of the dish is covered in bread crumbs.  But take my word for it, this is a delicious, hearty meal that comes together in an hour and takes the chill off the coldest of days.  Here is the recipe. 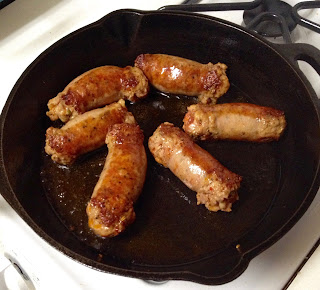 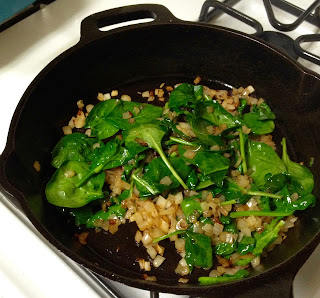 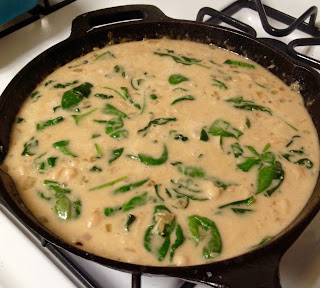 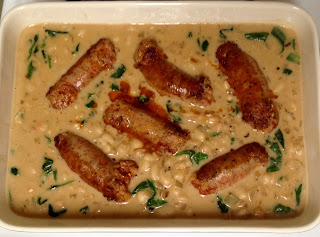 4. Transfer mixture to a shallow 2-quart baking dish set on a baking sheet and arrange sausages on top. 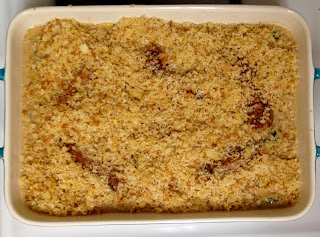 5. In a small bowl, combine breadcrumbs with 1 Tbsp.  Olive Oil; add remaining cheese and lemon zest until evenly coated. Season with salt and pepper and spread evenly over the top of beans and sausages. 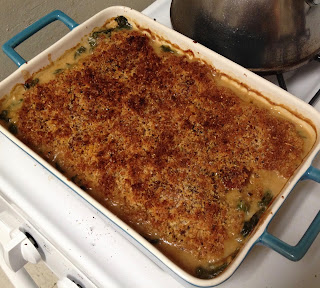