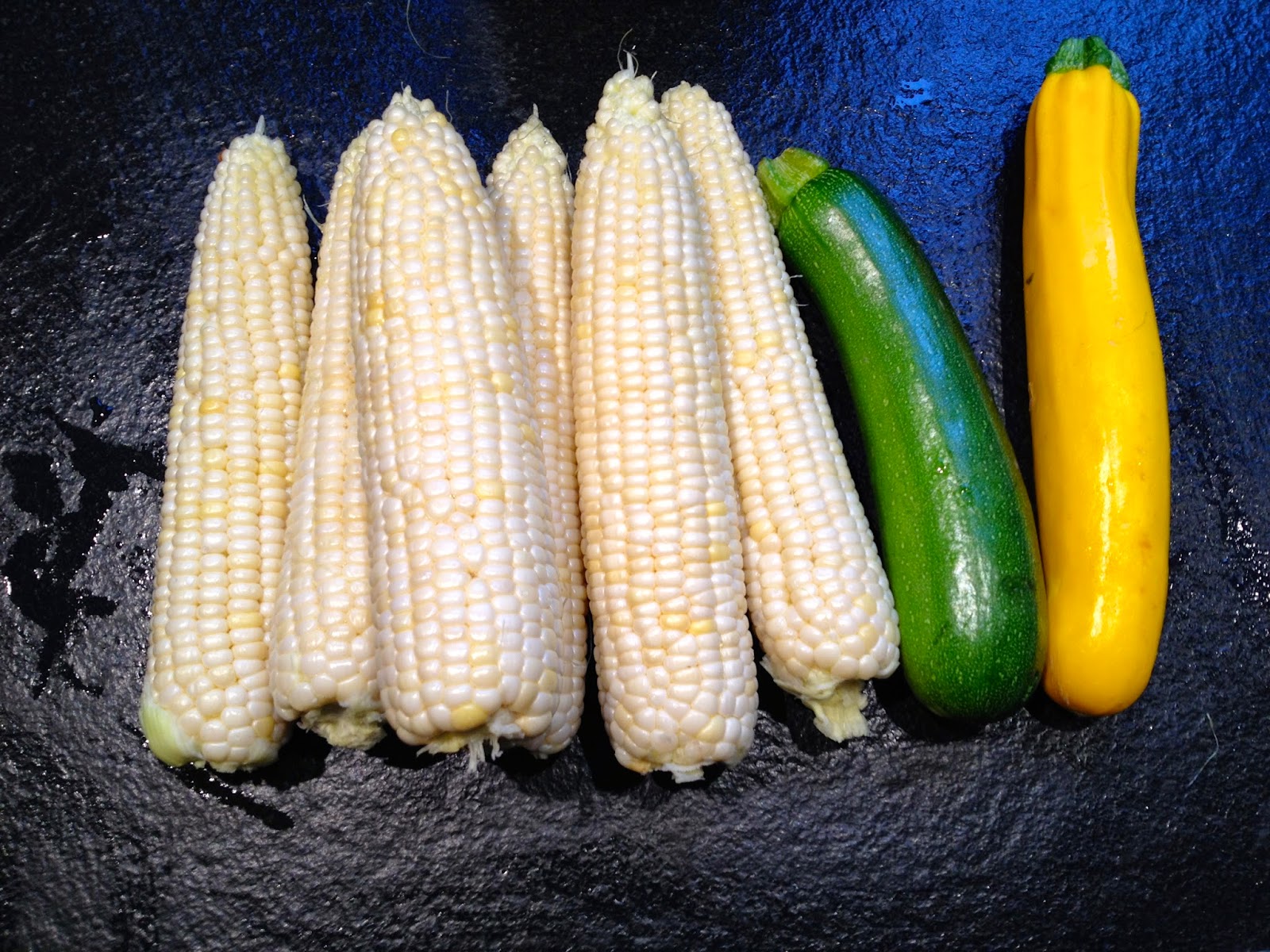 The year, for the first time ever, I am heading out to California to spend the Thanksgiving holiday with three of my favorite people on earth: my son, my daughter-in-law and my 6 year old grandson.  The minute I knew the trip was on, I was on the hunt for Thanksgiving recipes that would take into account that I’ve only cooked for cold weather Thanksgivings.
In California, I can expect the temperature to rise to 70 degrees.   So I immediately enlisted the aid of my friend, Ana, who lives relatively close to my son and who obliged me with a list of ideas that were lighter, warm-weather friendly and perfect for a California Thanksgiving.  I took Ana up on her suggestions and starting with this recipe, I am going to share my discoveries over the next couple of days.   Ana told me that Corn Puddings have been all the rage the last couple of Thanksgivings in the southland.  So off I went and found a corn pudding so good, I couldn’t get over it.  And to top it all off, it was spectacular as a left over – which will give you something completely different to serve on what essentially is a 4 day food fest, Thursday to Sunday. 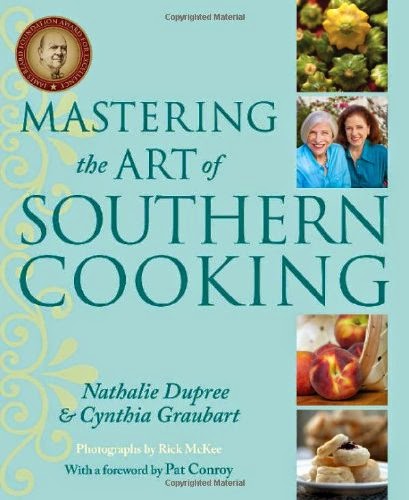 This recipe comes for the great Nathalie Dupree, one of my all-time favorite cooks, whose “Mastering the Art of Southern Cooking” (Gibbs-Smith 2012) is a masterpiece that won the James Beard Award for American Cooking in 2013.  I’ve written about Nathalie before but to recap, Nathalie once held forth on television on a show called “New Southern Cooking”.  “Mastering” was written with her TV producer, Cynthia Graubart and if the title sounds awfully close to that other “Mastering the Art” cookbook by Julia Child, it is quite intentional.   Here, in over 750 recipes, are step-by-step illustrated instructions that pave the way to success no matter what your skill level is.  What Nathalie and Cynthia have done is to make it entirely possible to learn Southern Cooking just the way Julia Child was used by countless home cooks, most notably, Martha Stewart, to learn French Cooking.  Since Nathalie is the author of no less than 12 cookbooks, and the veteran of over 300 television appearances, she doesn’t  just know how to cook, she knows how to teach.  And this recipe for Squash and Corn pudding is a prime example.
Believe it or not, the fresh corn is still coming from the farm stand and will do so until the first hard frost.  It would be a travesty not to try to find fresh corn for this dish.  But if it is not available, frozen corn kernels would do in a pinch and I am convinced would be far superior to anything coming out of a can.   The squash here can be Zucchini or Summer Squash, or, as I used, a mixture of the two.  The color the Zucchini brings to the dish is worth its addition alone.  Both squashes add to a distinct flavor to the dish.  Nathalie calls for 1/8 inch slices which I achieved quite easily with a mandoline. If you don’t have a mandoline, I highly recommend the $69.95 Oxo model.   However, if you do have children in the kitchen, never let them near it.  It’s frighteningly sharp.   As advertised, this dish is not hard to make. I cooked it longer than the recommended 40 to 50 minutes. I wanted a really crispy topping.  And I used a 2-quart soufflé dish which was the perfect size to hold this generous recipe.  Unless you are having a mob, this should be plenty for 12 people.   And if you have any luck at all, you’ll have enough left over to use it as a bed for a great black pepper salmon with mustard sauce, that I will share with you in the coming days. Here is the recipe.
Recipe for Easy Squash and Corn Pudding from Nathalie Dupree
In “Mastering the Art of Southern Cooking” 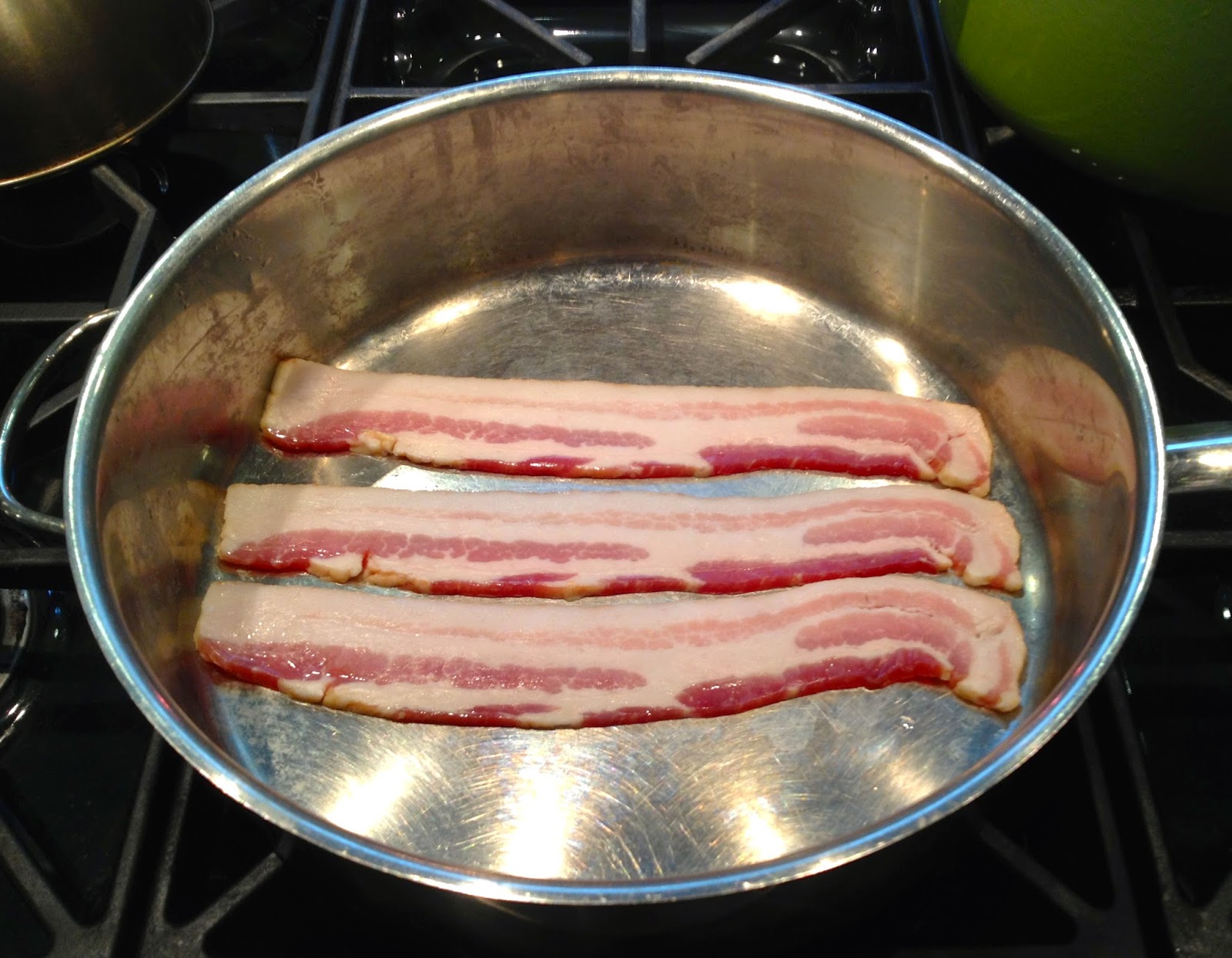 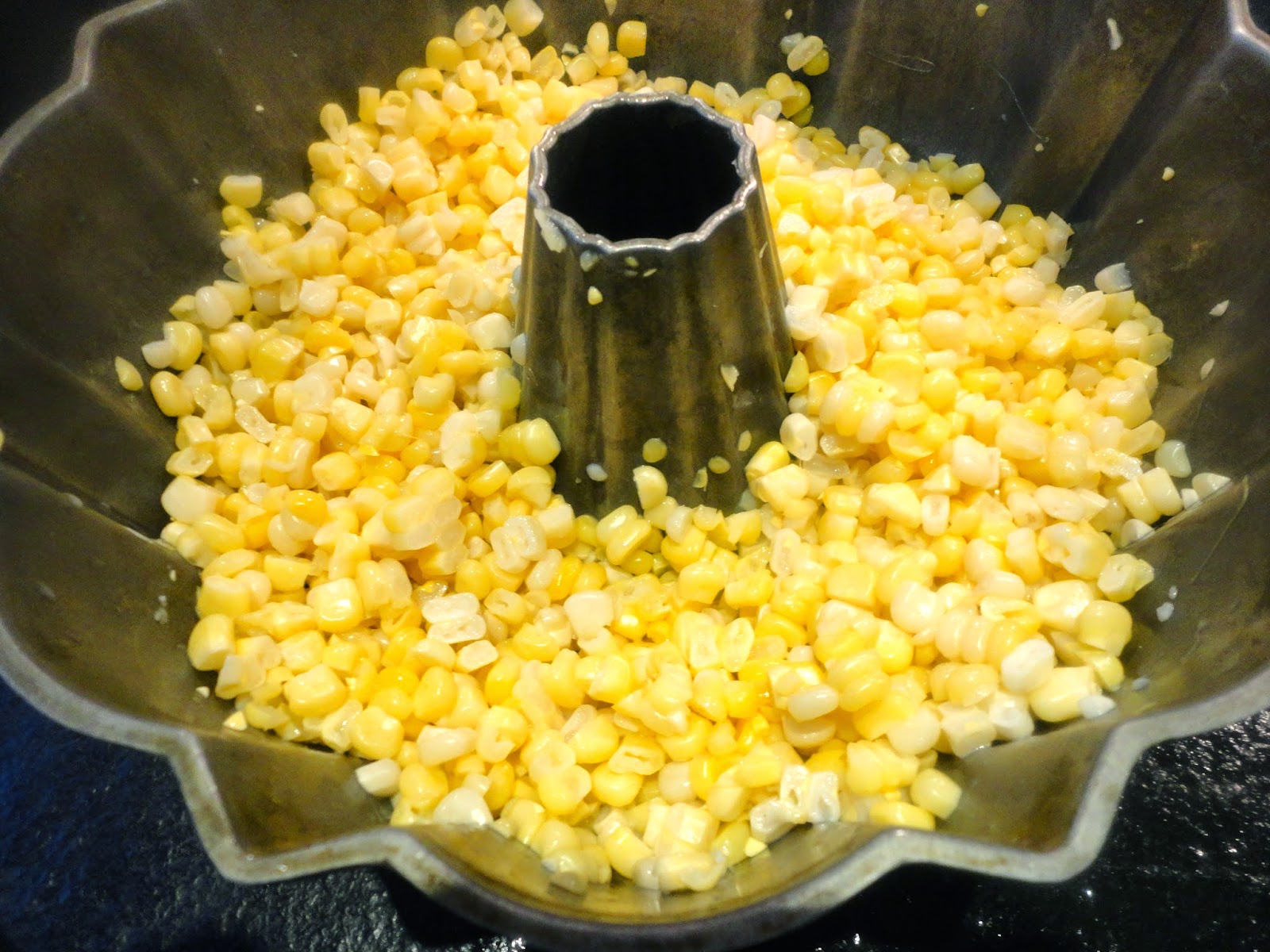 2. Shuck the corn then strip off the kernels. If you have a Bundt cake pan, the best way to do this is to put the end of the corn in the center piece and using a sharp knife cut the corn off the cob so that it falls into the pan and not all over the counter.
3. Meanwhile, fry the bacon in a large saute pan. Use a slotted spoon to remove it from the pan, reserving the drippings in the pan.  Drain the bacon on paper towels. Once it is cooled down, chop it into 1/4 inch dice. 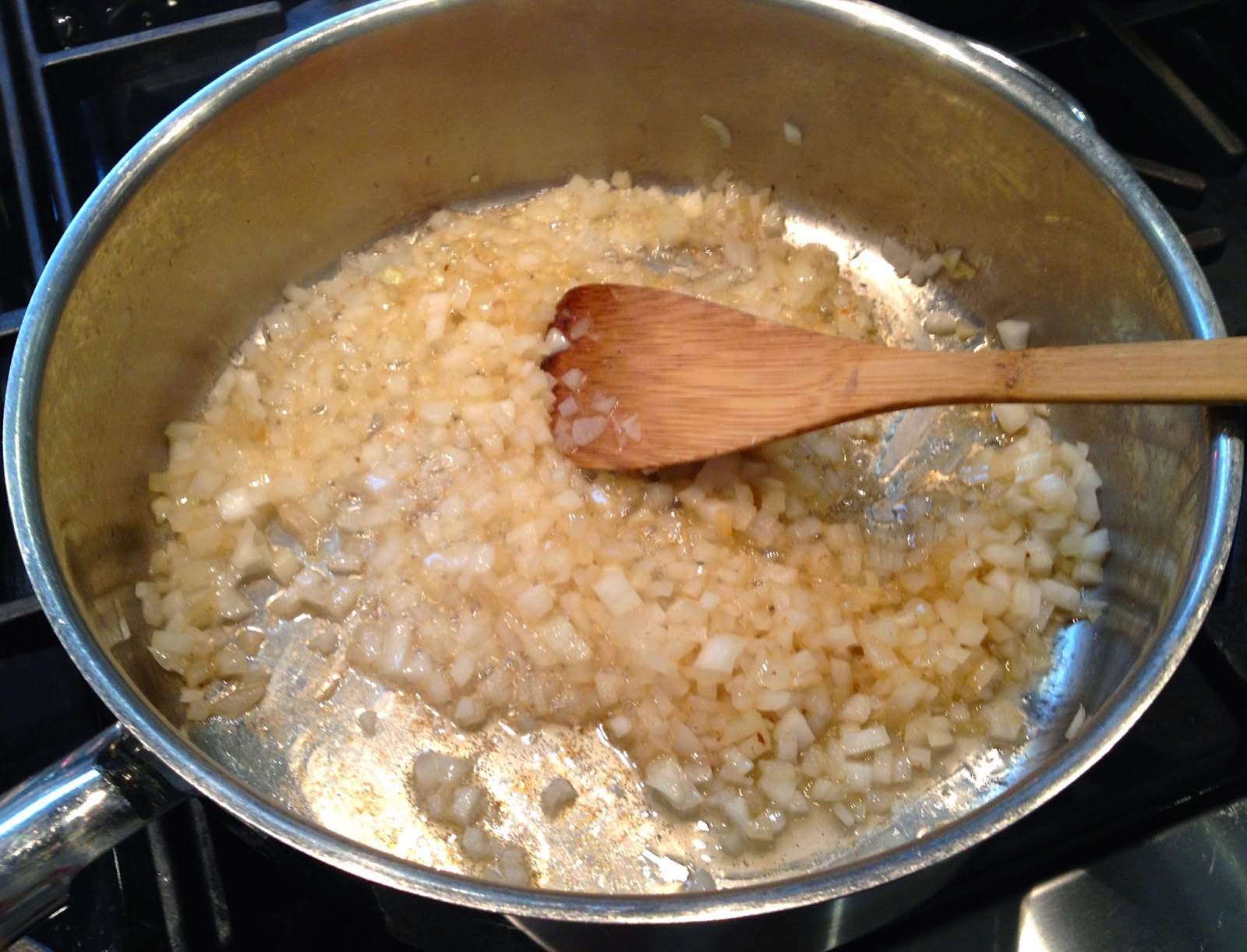 4. Add the garlic and onion to the drippings and sauté until soft. 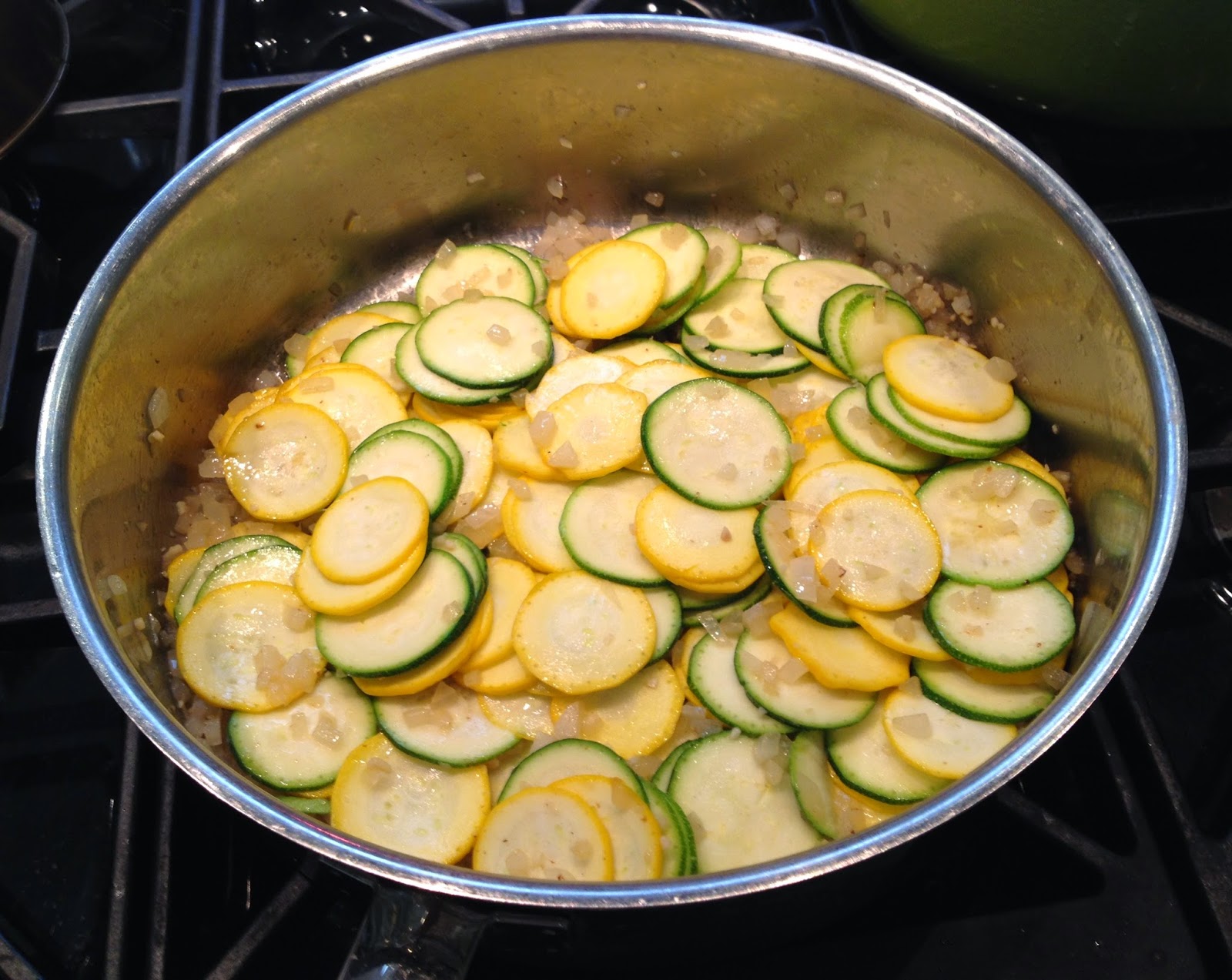 5. Add the squash slices cover the saute dish and cook until soft and wilted, about 10 minutes. 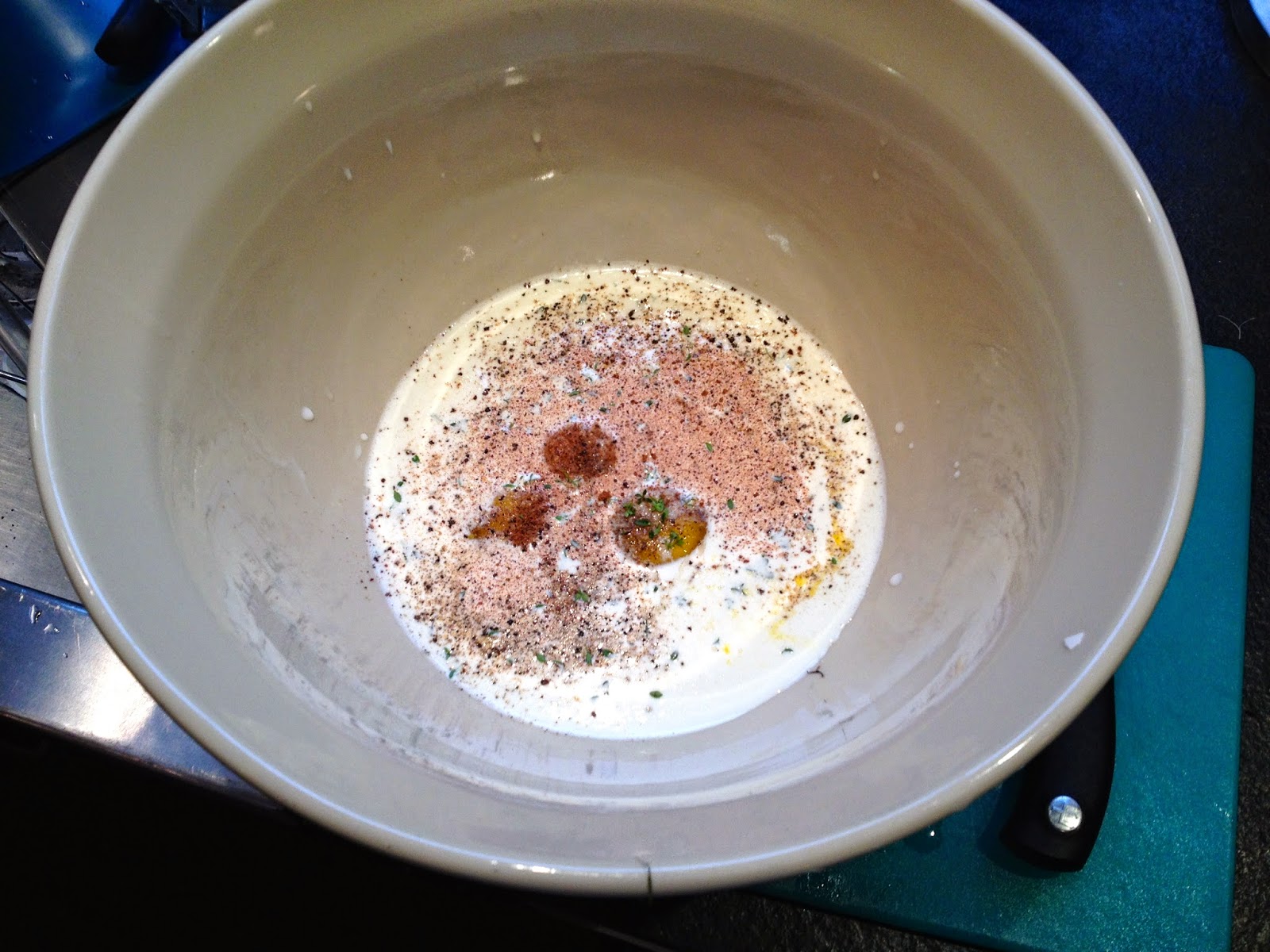 6. In a large bowl, combine the yolks, the whole eggs, milk, cream, salt, pepper, nutmeg, and thyme.
Whisk until smooth. 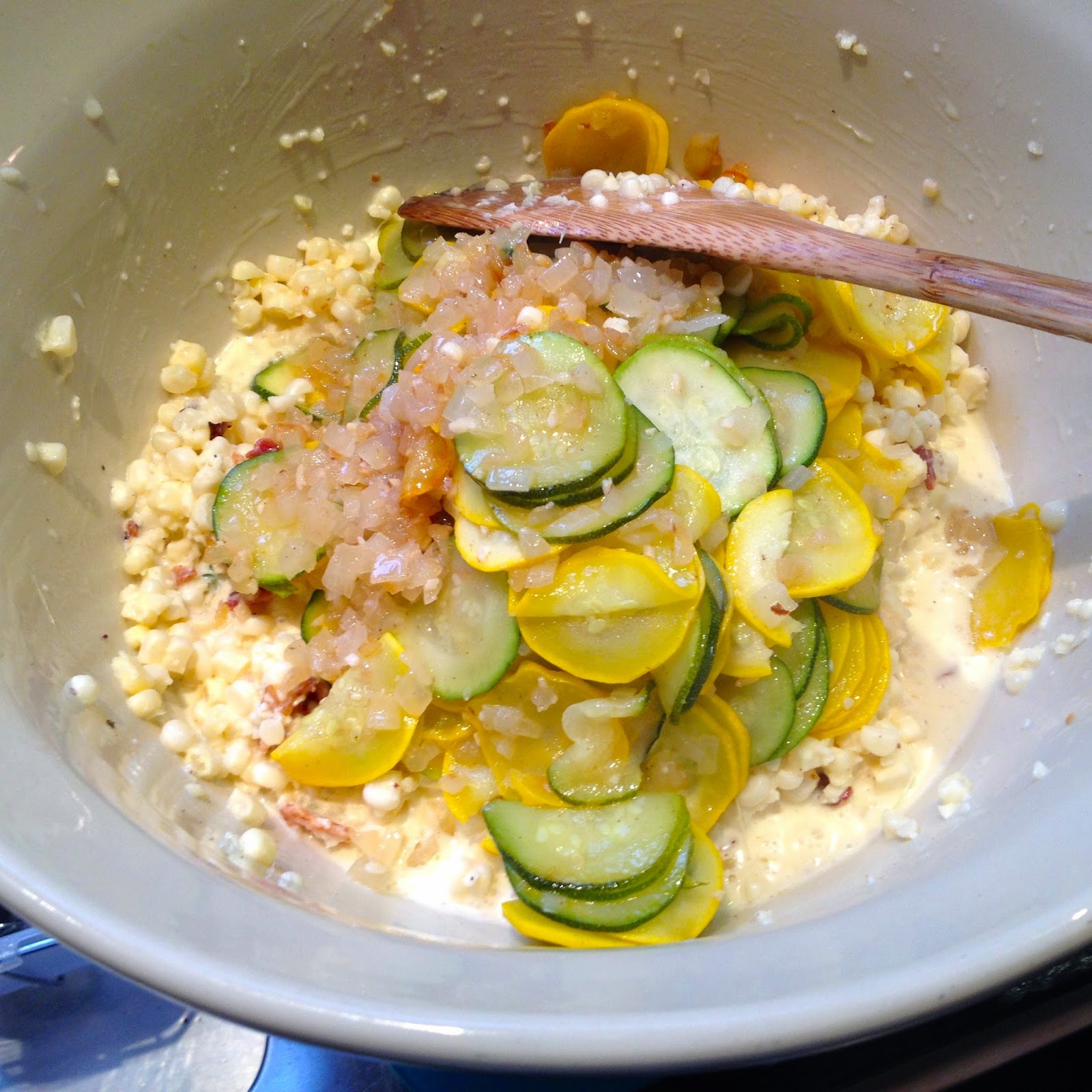 7. Add the cheese and the corn squash mixture.  Stir until well blended. 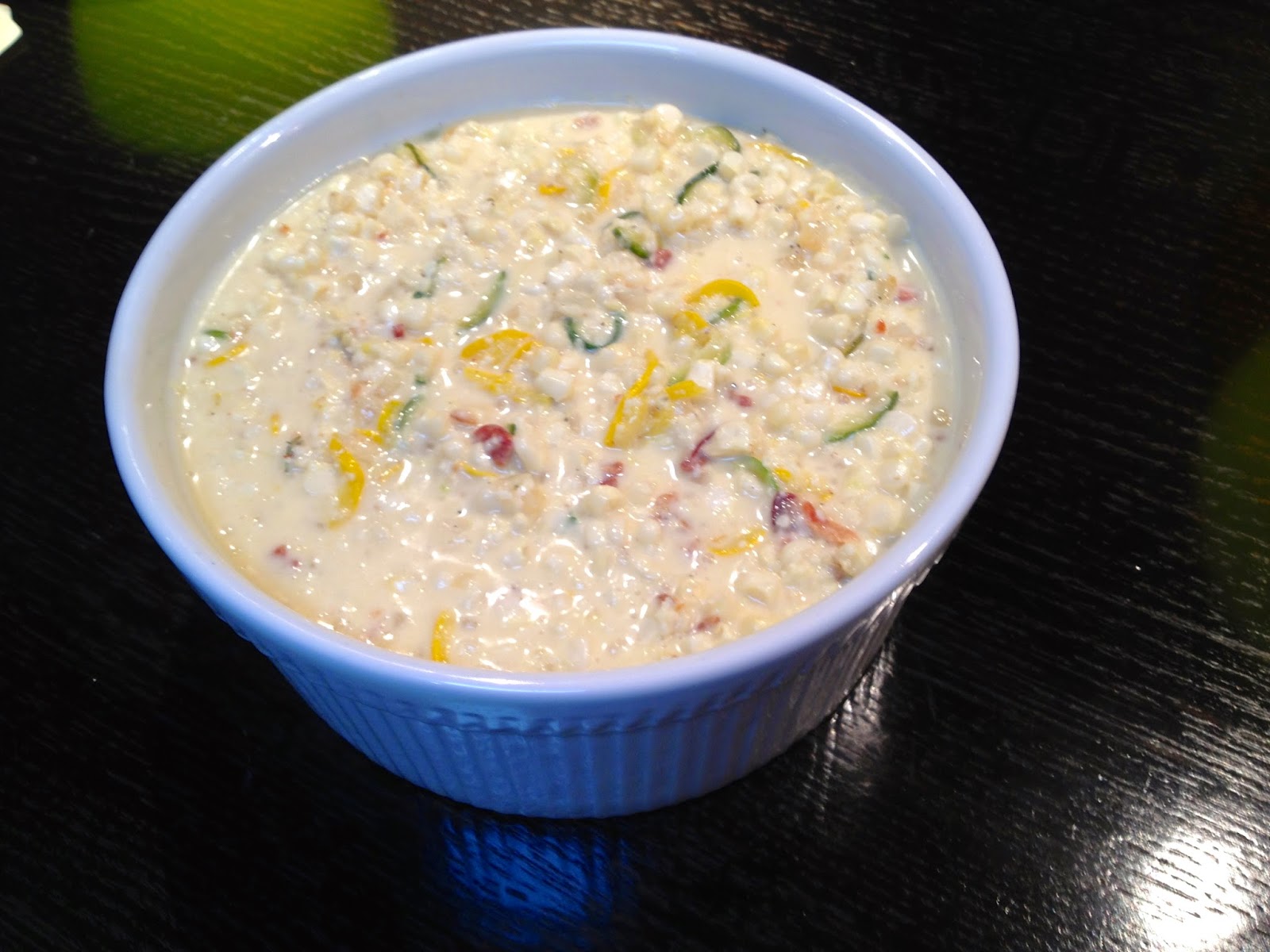 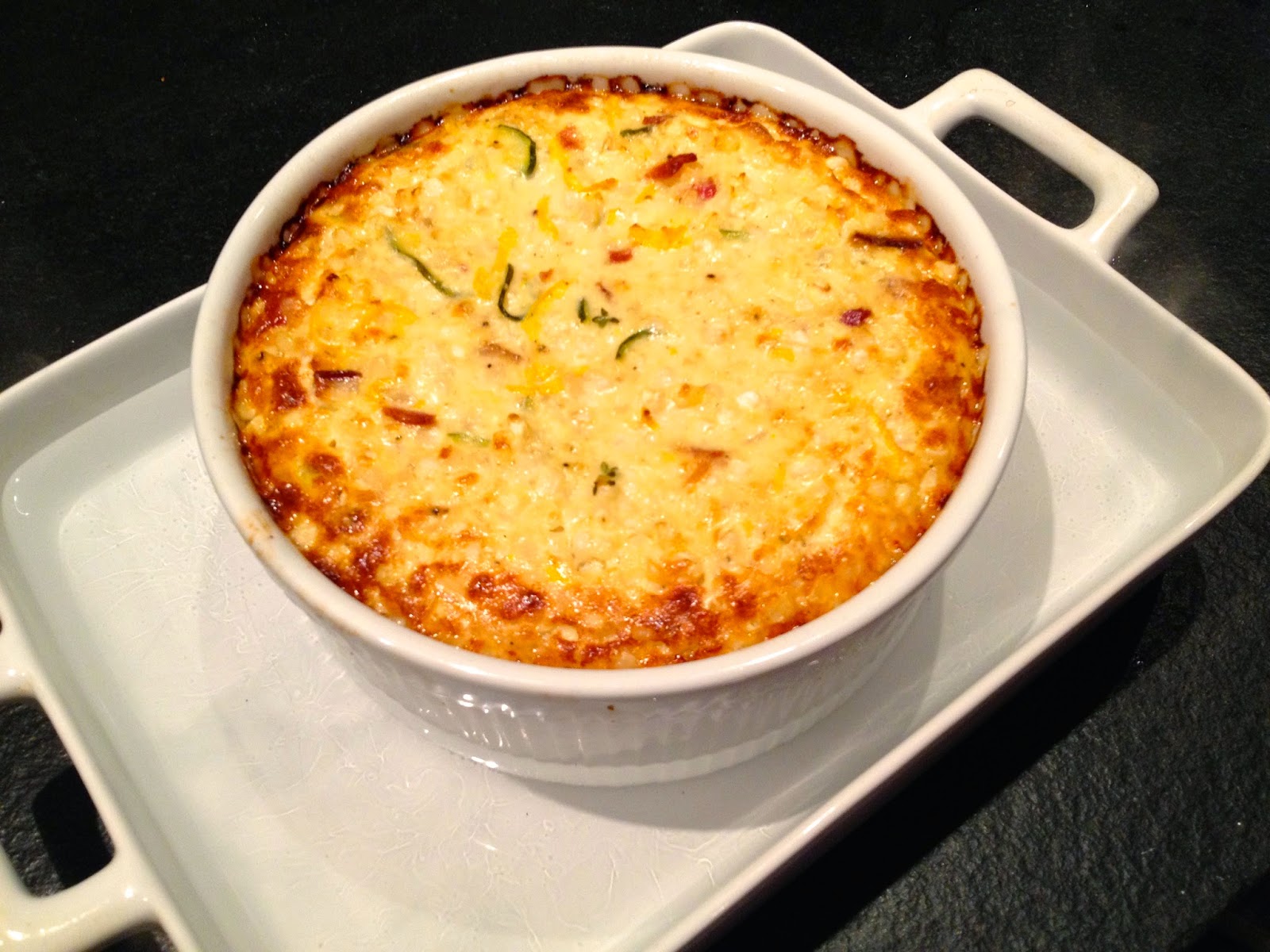