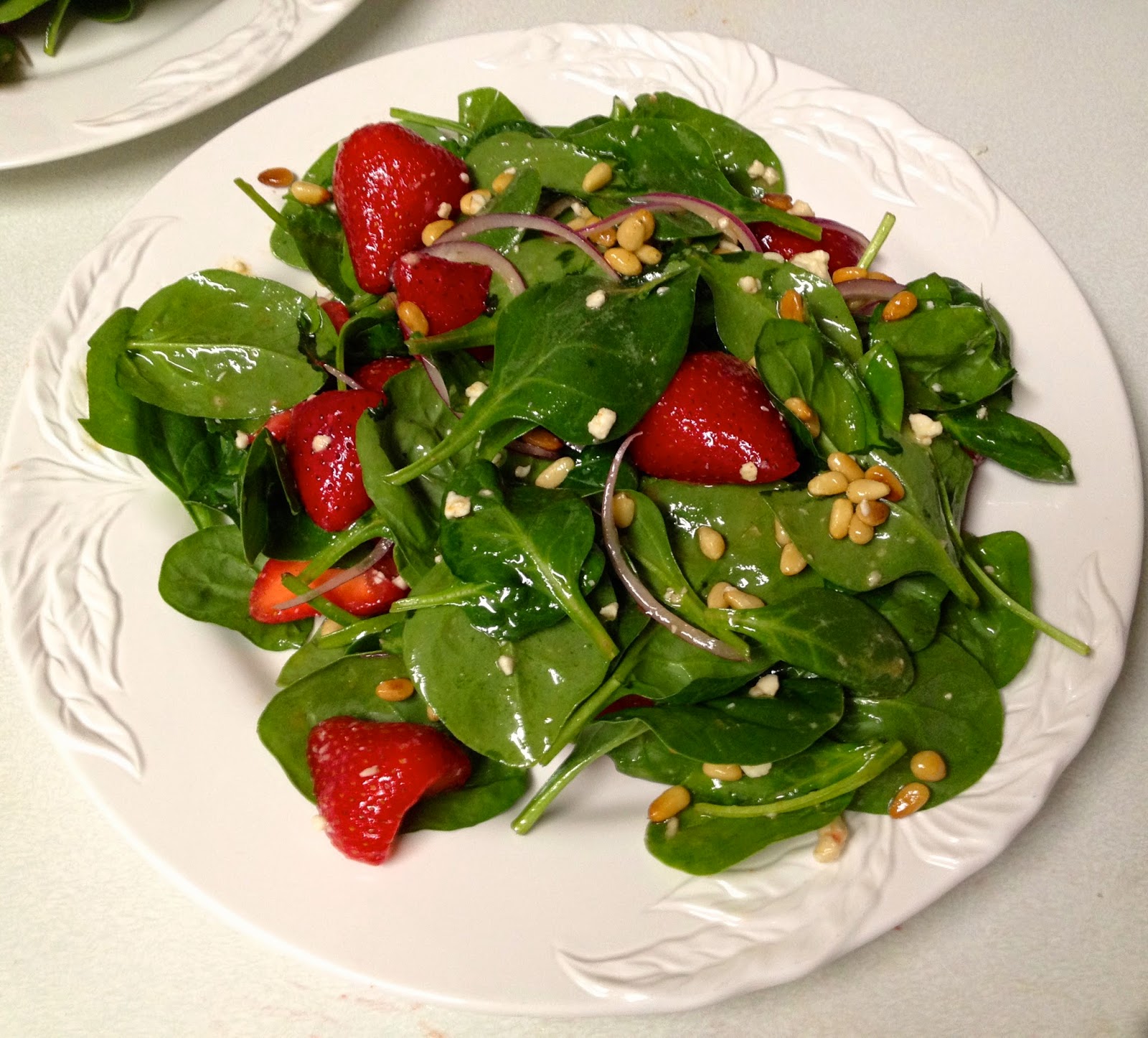 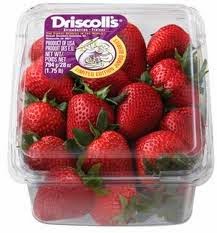 Did you know May is National Strawberry month?  Neither did I. But a couple of weeks ago, I was left with a clamshell half-filled with beautiful Driscoll strawberries that I didn’t want to see going to waste. Driscoll is not a species of strawberry. It’s a privately held company in Watsonville, California that’s been owned by the same family for over 100 years now.   It has a huge payroll, employing over 40,000 people around the world developing, growing and harvesting all kinds of berries: Raspberries, Blackberries, Blueberries and, of course, Strawberries both organic and conventionally grown.   It’s also a company with a shining history of giving back:  After World War II, Driscoll’s helped Japanese Americans, newly released from the internment camps they were held in, become sharecroppers for the company.  And Driscoll is a major supporter of Natividad Medical Center in Salinas, CA where it provides translators for speakers of Central America’s indigenous languages: Zapotec, Mixteco and Triqui. Driscoll is one of those companies I feel privileged to buy from.

I practically grew up on this piece of wisdom: Waste not, want not.   Now had Andrew been around, I am sure we could have had something strawberry for a dessert.  I can still taste his take on Joanne Chang’s Strawberry Shortcakes 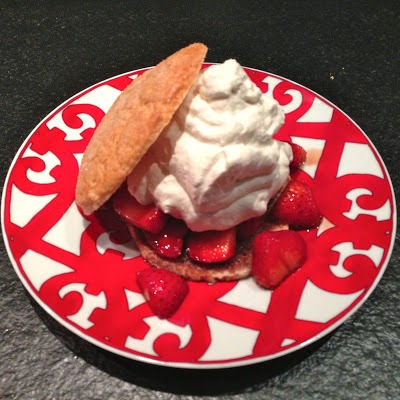 (https://chewingthefat.us.com/2013/06/joanne-changs-balsamic-strawberry.html).  But Andrew was in Texas and I am not the baker he is.  Instead I searched for a savory recipe involving strawberries.  I landed on one that’s the amalgamation of several.  The main ingredients, baby spinach and strawberries, are combined with the tang of Feta cheese, the slightest bit of red onion and toasted pine nuts for crunch.   (You can substitute glazed walnuts for the pine nuts and save a small fortune).  To dress the salad, I came upon a recipe from a Chef Luis Protti who cooks at the Pura Vida Spa in Costa Rica. It’s a very simple vinaigrette with that gets its sweetness from brown sugar and for a little oomph, 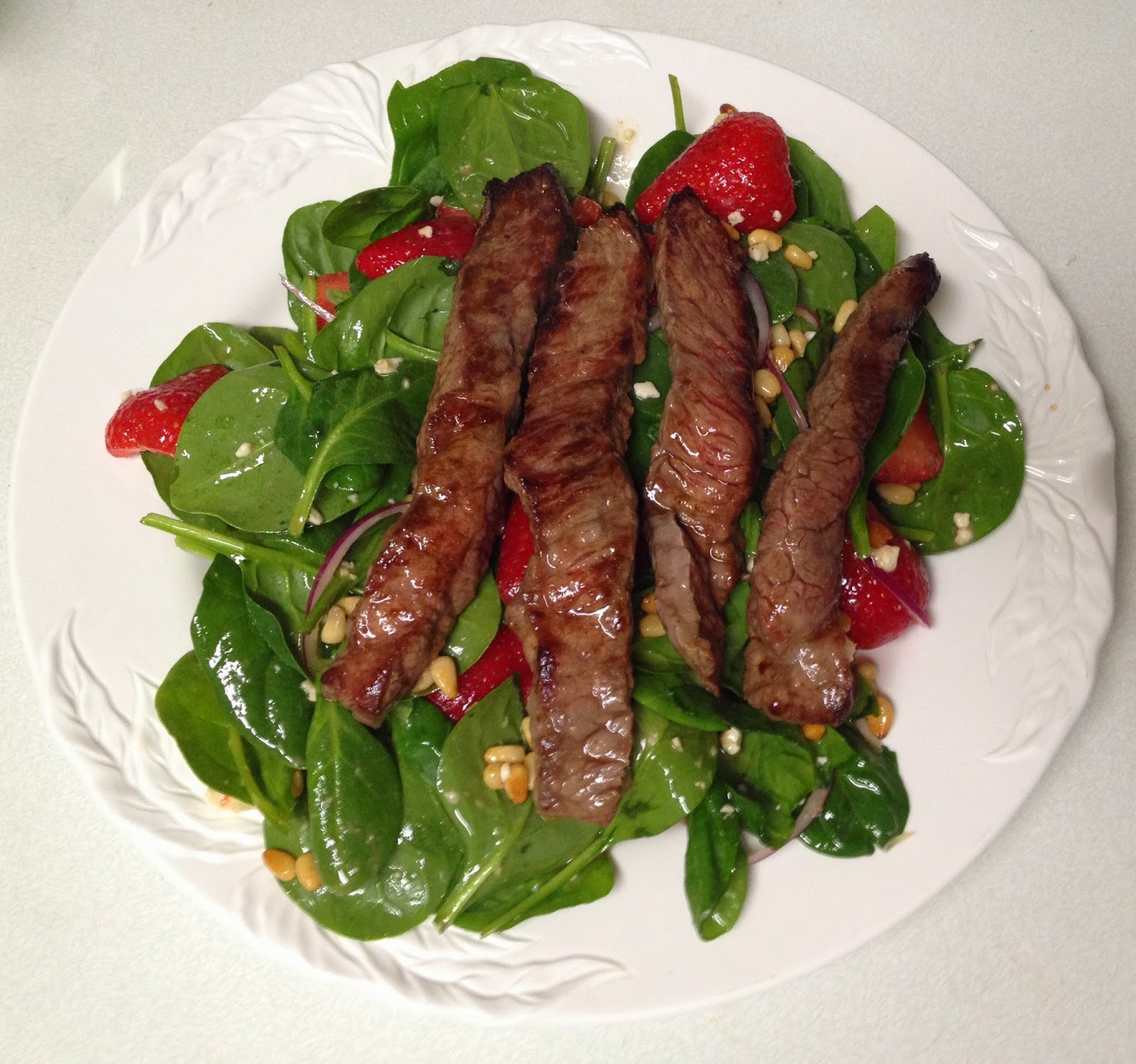 there’s the surprise of a little paprika. Since I served this as a dinner salad, I topped it with seared sirloin strips.  I could have just as easily used chicken in the same fashion. But the salad, all by itself, is perfect.   And I can hardly wait to make this this summer with our local berries.  But that will be some weeks from now even with “Pick Strawberries Day” coming up on the 20th of this month just before “National Strawberries and Cream Day” on the 21st.   Here is the recipe: 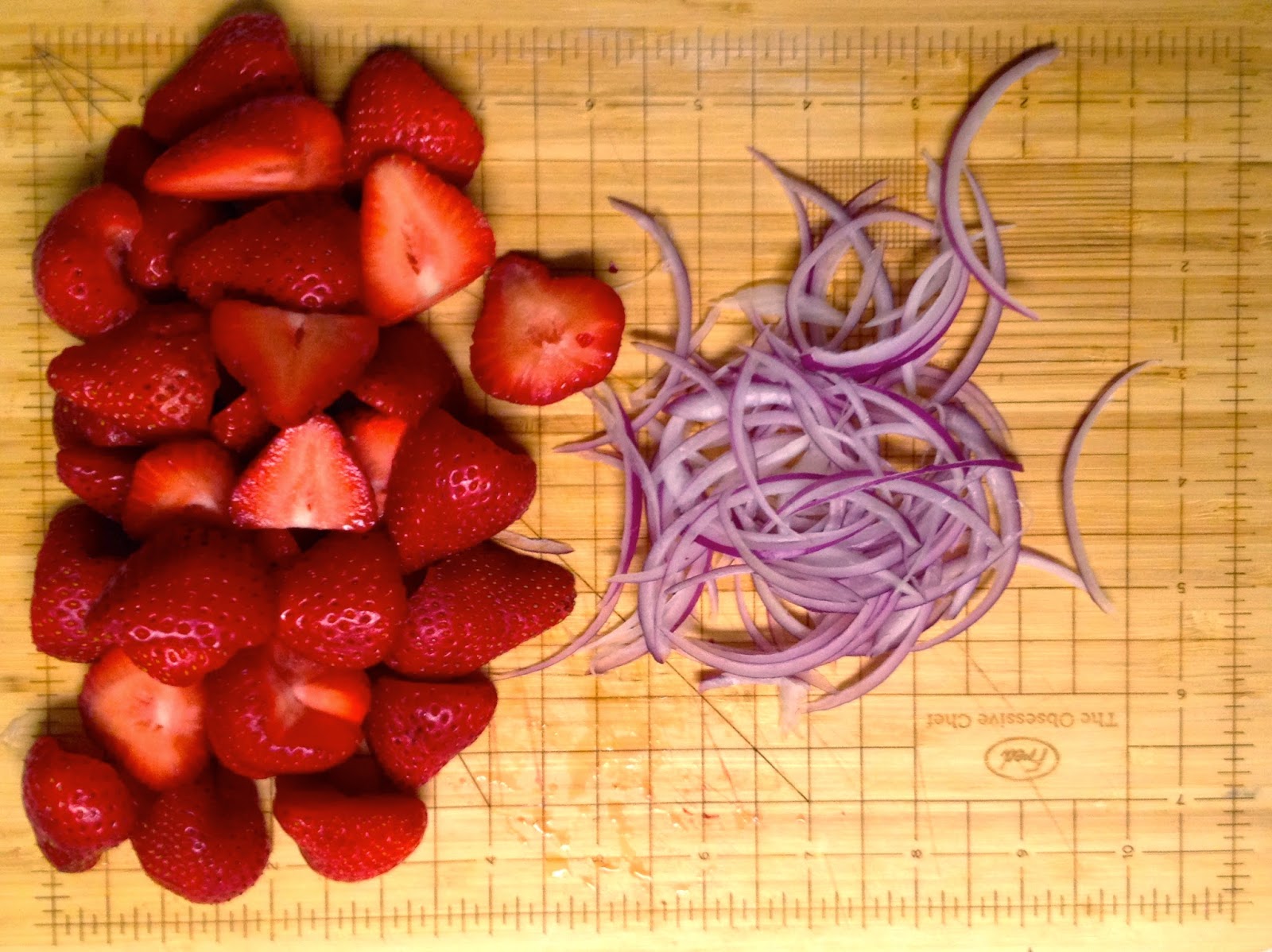 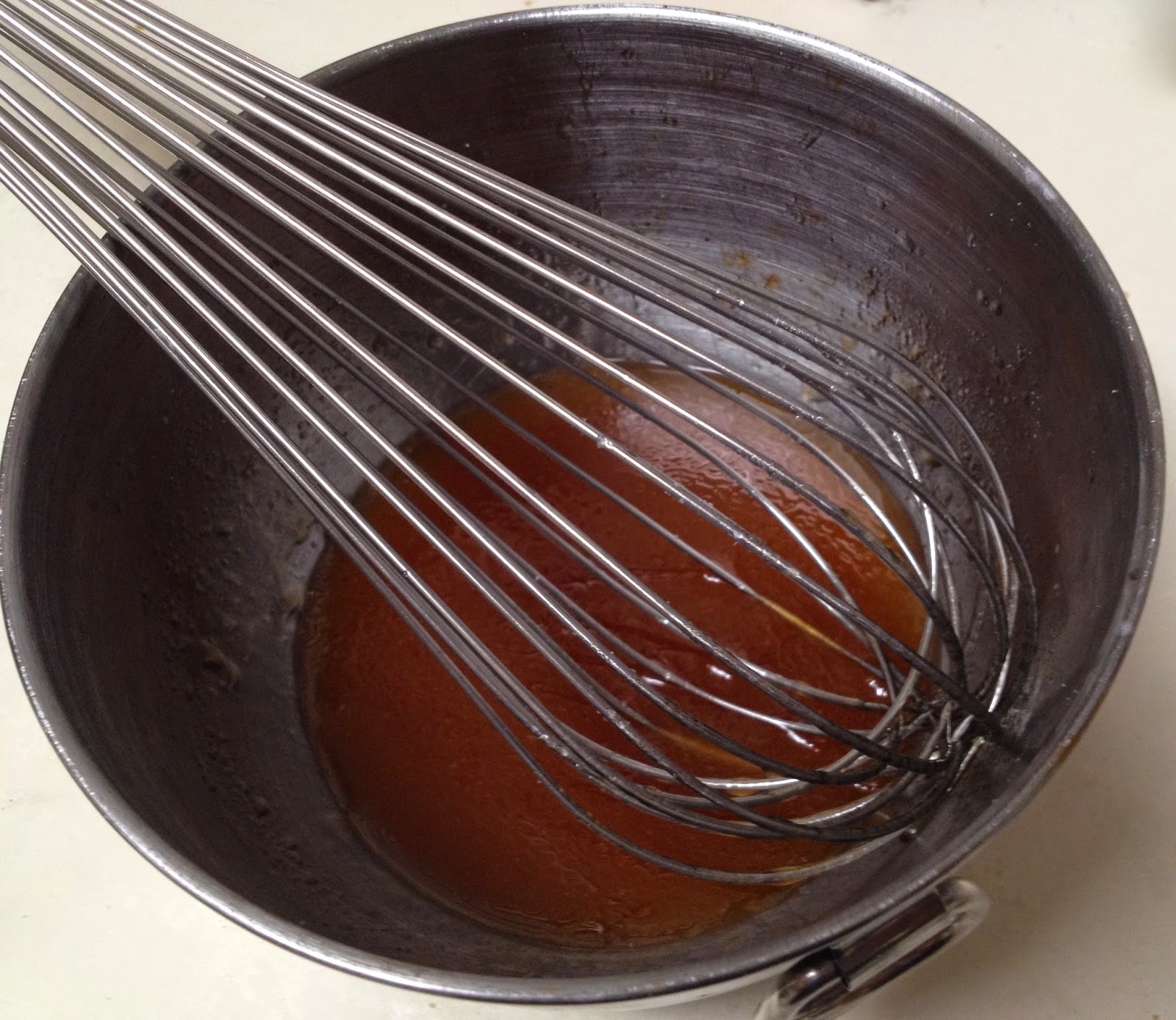