From the numbers of people who have clicked on James Beard’s Roast Beef Hash recipe just this week (1703 and counting), my guess is there’s a lot of Prime Rib leftover from our Holiday menus.  That’s the case here and after I’d made the hash, I still had a surfeit of delicious and wildly expensive beef.  I have a tremendous weakness for Philadelphia Cheesesteaks, which is generally satisfied by visits to a food truck that’s stationed right on the corner of our New York City street.  Their version is about as basic as you can get:  Thinly sliced beef goes on the flat top where it’s cooked till it’s grey.  Onions, mayo and green peppers are optional. Cheese Whiz is not.  The finished combination is loaded into a soft bun and handed over in a sheath of aluminum foil.  I can’t vouch for the legitimacy of the Potluck Café Truck’s  version. I only know they are my guilty pleasure about once a month. So as I stared at the remaining roast, I decided to see if I could make a reasonable facsimile of the original.  I ended up with quite a fancy version that might not fly in Philadelphia but which sure hit the spot.

The Philly Cheesesteak, according to the Historical Society of Pennsylvania, was developed in the early 20th century “by combining frizzled beef, onions, and cheese in a small loaf of bread.” That prosaic description has nothing on the street version of the story: Of course, like all food stories, there are always debates about origins but this is the one I liked best.  Two brothers, Pat and Harry Olivieri owned a hot dog stand, and likely beyond tired of a steady diet of dogs, made themselves a sandwich using chopped beef and grilled onions. While Pat was enjoying his invention, a cab driver stopped by and asked for one for himself. After eating it, the cab driver suggested that Olivieri quit making hot dogs and instead

focus on the new sandwich.  The brothers took his advice, and began selling this variation of a steak sandwich at their stand near Philadelphia’s Italian Market. They became so popular that Pat opened up his own restaurant, still operating today as “Pat’s King of Steaks”.  Originally prepared without cheese, Pat gives credit for the addition of provolone to a manager of one Olivieri’s burgeoning chain, Joe “Cocky Joe” Lorenza. The cheesesteak has travelled far and wide but kept its moniker.  It is almost universally called a Philly Cheesesteak. 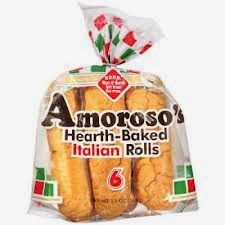 Traditionally, the meat used is thinly sliced rib-eye or top round. Cooked on a lightly oiled flat top or griddle at medium temperature, the steak slices are browned and then cut up into smaller pieces with a spatula. Slices of cheese are then placed over the meat, letting it melt, and then the roll is placed on top of the cheese. The mixture is then scooped up with a spatula, pressed into the roll, and cut in half. Additions like sautéed onions, peppers, mushrooms, mayonnaise, hot sauce, salt, pepper and ketchup are commonplace.  The bread used in Philadelphia was very specific. In fact there are people who claim it’s not a Philadelphia cheesesteak without a freshly baked, locally made Amoroso Roll. 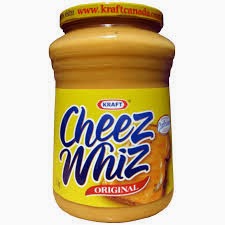 Now about the Cheese Whiz.  It’s become the most popular topping for the sandwich.  In fact, at 99 Miles to Philly, cheesesteak outposts at 94 Third Avenue and 300 East 45th St. in New York, you simply order “wit” or “witout”, meaning Cheese Whiz.  Cheese Whiz didn’t come along until 1952. Prior to that time, Provolone and American were the favored cheeses.   Those two cheeses took a hit when a 1986 New York Times article appeared declaring Cheese Whiz ‘the sine non qua of cheesesteak connoisseurs.”  Here I take exception:  Cheese Whiz is a mutant, loaded with all manner of artificial ingredients, food dyes, even corn syrup.  It gets an “F” from Foodfacts.com for its saturated fats, sodium content, controversial ingredients and sugars.  In fact it’s on their “Avoid” list.  So why did the Olivieris, inventors of the Cheesesteak, start using it?  Pat’s nephew Frank said he uses it because like ‘millions of parents who prize speed and ease in fixing the children’s lunch for the same reason, because it’s fast’.  (Does it always have to come down to fast?)
When it came time for my cheesesteaks, I poked around for authenticity but I became enamored of Bobby Flay’s version of the sandwich.  Chef Flay made no bones about it: While this recipe looks like a major commitment, aside from the time it takes to caramelize the onions, it really didn’t take all that long to do.  His additions—sauteed mushrooms with parsley, both red and green bell peppers and above all his Provolone cheese filling—brought this sandwich up a notch from my Potluck Café Food Truck’s version.  I didn’t follow it exactly because Bobby Flay went with raw strip loin and I just cut slices of cooked Prime Rib into strips and took it from there.  I found some Hoagie Rolls at the supermarket to stand in for Philadelphia’s Amorosa rolls. I toasted these which is a departure from the original un-toasted Amoroso rolls. Since I was only making two sandwiches, I could easily fit the mushrooms and peppers in one skillet.  This recipe is for 4 sandwiches.  You can vary the proportions using more or less beef.  You can even leave out an addition or two.  But if you go with the whole recipe, you’ll as big a fan of Philly Cheesesteaks as I am.  Here is the recipe:
Recipe for Philly Cheesesteaks adapted from Bobby Flay
Makes 4 Cheesesteaks.  Takes about 30 minutes prep. another 40 mins. caramelizing onions and very little time on the stove. 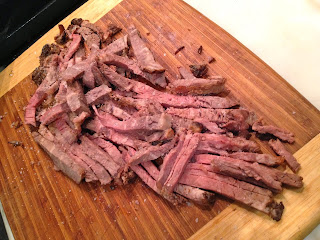 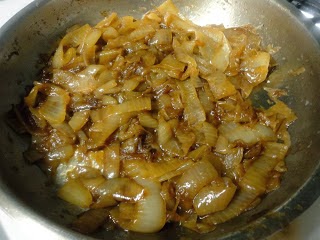 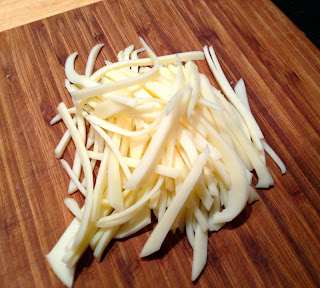 2. Make the Provolone Sauce:
1 tablespoon unsalted butter
1 tablespoon all-purpose flour
2 cups whole milk, heated
8 oz. sliced provolone cheese cut into strips
1/4 cup grated Parmigiano-Reggiano
1 teaspoon kosher salt
1/4 teaspoon freshly ground black pepper
Melt butter in a medium saucepan over medium heat. Whisk in the flour and cook for 1 minute. Slowly whisk in the warm milk, and cook, whisking constantly until thickened, about 4 to 5 minutes. Remove the mixture from the heat and whisk in the provolone and Parmesan until combined; season with the salt and pepper. 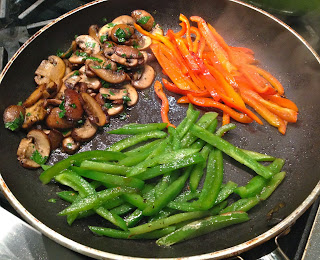 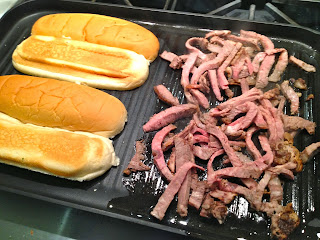 5. Cook the beef and assemble the sandwich
Heat griddle or grill pan over high heat. Brush griddle with olive oil. Place several slices of the meat on the bottom half of the roll, spoon some of the cheese sauce over the meat, and top with the mushrooms, onions, and peppers.  Serve.
Author: Monte Mathews
Filed Under: Bobby Flay's Philly Cheesesteaks, Classic Recipes, Leftover Prime Rib, Leftover Roast Beef, Leftovers, Philly Cheesesteaks, Sandwiches
The perfect sandwich for summer: Patricia Wells’ Pan Bagnat
Direct from St Barth via Vietnam: The Banh Mi Sandwich