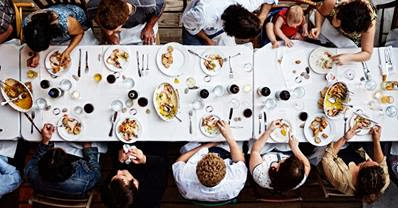 We’ve had a banner year on Chewing the Fat.  As of right now, we’ve consistently increased readership month after month.  Our readers come from all over the globe – China is just 16 readers under Australia.  I’m particularly proud of our Canadian friends.  The whole country has a population of 35 million and 35,000 of them have found a path to our door.  And what have our readers come to see?  If you go back to the very beginning, there are some outstanding figures.   Old favorites like Enchilladas Suizas have over 10,000 reads.  James Beard’s Roast Beef Hash would have you believe there’s a lot of leftover roasts that need a recipe, at least 9674 people seem to think so.  And without a doubt, Austrian Cookie recipes, with their 6457 views are amazingly popular.  But for purposes of this list, I wanted to see what recipes published just this calendar year were the most popular.  The longer a recipe stays up, the more views it gets.   The following list represents only those recipes published here between January 1st and December 30th 2013.  Some have had big lifts from being recommended by other sites.  Some are the creations of super popular food personalities who bring their own audiences whenever they appear.  Think Ina Garten and Thomas Keller.  And some just have mass appeal that surprises even me.  Here, without further ado, are the top 5 recipes of 2013 and my guess as to why they are so popular. 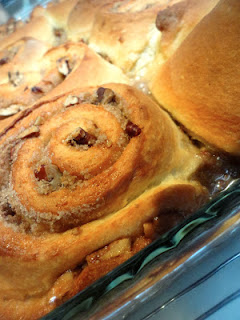 The 5th most popular recipe of 2013….Joanne Chang’s Sticky Buns

Pastry Queen Joanne Chang’s life story is a wonderful tale of an immigrant’s daughter eschewing her Harvard degree for a life in baking.  Her Flour Bakery Cafes make everyone wish they lived closer to Boston.  This recipe for sticky buns went up against Bobby Flay on TVs “Throwdown”.  Mr Flay was flayed.  And our readers followed up viewing this recipe 1747 times.  That’s a lot of sticky buns
https://chewingthefat.us.com/2013/01/joanne-changs-incomparable-sticky-buns.html 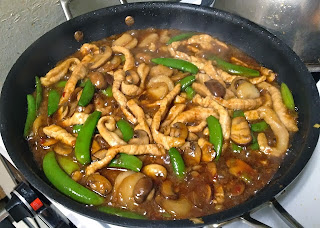 The 4th most popular recipe of 2013…Sichuan Stir-Fried Pork

This is the one time that I can think of when, completely inadvertently, I published the same recipe twice!  I guess when you get to about 450 recipes that’s bound to happen.  The repeat recipe didn’t seem to phase our readers.  First time out, April Fool’s Day 2013, 1945 people were drawn to this authentic Sichuan delicacy.  Then in December, the almost identical recipe garnered 241 views.  Grand total for # 4, 2186!
https://chewingthefat.us.com/2013/04/sichuan-stir-fried-pork-in-garlic-sauce.html 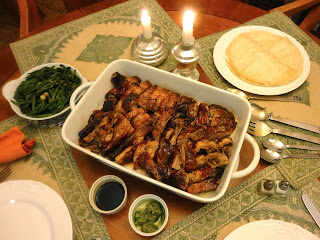 The 3rd most popular recipe of 2013…Where to go in New York’s Chinatown for Roast Duck. Does this qualify as a recipe?  I think that’s a little questionable but 2250 viewers wanted to know the answer.  If not exactly a recipe, I showed how to put a Chinese dinner on the table using all Chinatown ingredients.  And if you want to cook your own, there are four duck recipes on site you can go to.  Just search under Duck.  https://chewingthefat.us.com/2013/01/where-to-go-in-new-yorks-chinatown-for.html 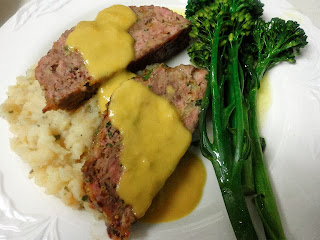 The 2nd most popular recipe of 2013…1770 House Meatloaf with Garlic Sauce from Ina Garten.  Two things are at work here:  The magic of meatloaf and the immense drawing power of our own Ina Garten.

This is one terrific recipe and meatloaf fans are always looking for ways to up the ante.  That’s my guess as to why 2524 people stopped by for this comfort dish.
https://chewingthefat.us.com/2013/01/1770-house-meatloaf-with-garlic-sauce.html 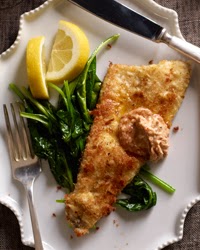 The #1 Most Popular Recipe of 2013…Sauteed Trout with Lemon-Chile Butter.  I know.  I was shocked by this one too.  And if you are surprised at our number one, you’ll likely be amazed to know that it has been read 4787 times since it was published at the end of April.  I admit, this Food and Wine recipe delivers on flavor, brook trout is, as the post notes, the state fish for 8 states and incredibly affordable.  But the popularity of this post owes much to the fact that it was picked up by a Brook Trout Association whose readers apparently need to know how to cook what they’ve caught. https://chewingthefat.us.com/2013/04/sauteed-trout-with-lemon-chile-butter.html

So there you have it: Sticky Buns, Pork, Duck, Meatloaf and Brook Trout.  What in the world will 2014 bring?  To all our readers, my very best wishes for a Happy New Year filled with peace, love, happiness and of course, great food.
Author: Monte Mathews
Filed Under: Brook Trout, Chewing the Fat's Top 5 Recipes of 2013, Duck, Joanne Chang's Sticky Buns, Sichuan Stir-Fried Pork in Garlic Sauce, Top 5 Recipes of 2013
Sauteed Trout with Lemon-Chile Butter adapted from Food and Wine Magazine
Salute to Canada! Chuck Hughes’ Duck Breasts with Red Wine Sauce on a bed of Duck-Fat Fried Fingerlings and Mushrooms