The Saga of Thousand Island Dressing and the Original Recipe for it! 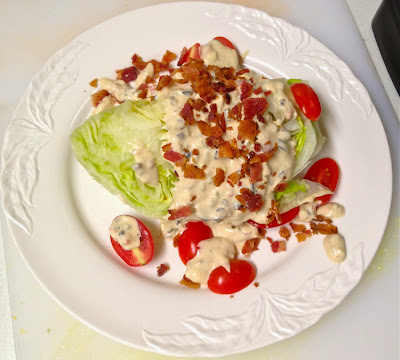 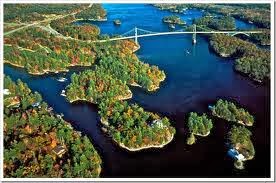 I just came back from the Thousand Islands, a natural wonder that occurs where the Great Lakes pour into the St. Lawrence River.  These islands range in size from tiny outcroppings in the river to islands where there are farms and dozens of families living on them year ‘round.   Most, however, are home to seasonal summer homes accessible only by boat.  There are well over a thousand of them, 1864 to be exact, scattered along a fifty mile downstream stretch from Kingston, Ontario.  To qualify as an island, the land must be above water level all year round, have an area of at least one square foot and support at least one living tree.  Those islands that are not a part of the province of Ontario are all located in New York State.  Boat tours leave from both sides of the border, pointing out the homes of the rich and famous, who summered here at the turn of the 19 th century.  Among those is one of the greatest rock piles I’ve ever seen, Boldt Castle.  It’s the subject of much legend and romance.  And it’s part of the intrigue surrounding Thousand Island Salad Dressing.
Recipes for Thousand Island dressing are not quite as numerous as the islands themselves but they do come close.  Some use tomato paste.  Some throw in chili sauce, ketchup or Tabasco.  But it wasn’t hard to find the original recipe for the dressing, which has none of the above.  Amazingly, the very well known Inn where I stayed did not serve anything approaching a proper Thousand Island  dressing.  Instead they serve a version from Kraft that has nothing to do with the original.  For shame indeed! (Click this link for a review of where I stayed https://www.tripadvisor.com/Hotel_Review-g182143-d182840-Reviews-The_Gananoque_Inn_and_Spa-Gananoque_Ontario.html ).  Once I got over the disappointment that a local restaurant could not put together this amazingly easy and wonderfully rich dressing, I couldn’t wait to make my own. The dressing was everything I’d hoped: rich and creamy, full of old fashioned flavor, a wonderful topping to a chilled wedge of iceberg lettuce.  To the lettuce I added some halved grape tomatoes and a hearty sprinkling of crisp bacon.  About the only thing missing from my version of the salad was Boldt Castle and the story of the Thousand Island dressing.
Legend has it that a woman named Sophia Lalonde invented a salad topping to serve to her husband and fishing guide George’s clients. The islands are home to Muskie, a game fish that is as much prized for its fight and its size as for its flavor.  Once the fishing is over, the traditional Shore dinner is held.  It’s a rather amazing plate that’s put together for this dinner: French toast with maple syrup, salt potatoes, corn on the cob, Bacon and bread and red onions and battered and pan-fried fish.  Finally there’s a tossed salad. It was to this salad that Sophie Lalonde, who lived on the US side of the islands, in Clayton, New York, added her dressing.

According to local lore, an American actress named May Irwin and her husband, were bowled over both by Mr. Lalonde’s fishing expertise and Sophia’s dressing.  May Irwin has the distinction of being the actress in the first movie kiss. But her second accomplishment, giving Thousand Island Dressing its name, is what she is even better remembered for.  It’s said that the green sweet pickle, the black olives and the red peppers stood in for the islands themselves.  With some degree of logic, Ms. Irwin christened the concoction after its birthplace. 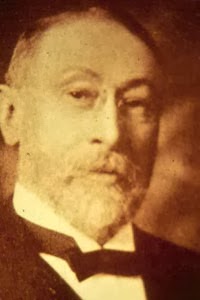 Things get slightly murky when a man named George Boldt appears.  Boldt was penniless Prussian immigrant whose meteoric business success included building and owning the Waldorf-Astoria Hotel. The  wildly nouveau riche Boldt arrived in the Thousand Islands on his yacht, accompanied by his wife Louisa.  They immediately made plans to build the most elaborate of castles, a great stone monument to themselves.  Features included a replica of the Arc de Triomphe and the Alster Tower, a giant fortress that Boldt commissioned to look like fortifications on the Alter River of his native Prussia. Most unfortunately, Louisa Boldt died at age 45 before the castle was completed. 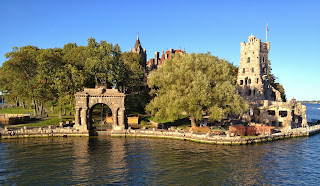 George Boldt, inconsolable at her loss, abandoned the place altogether.  But before he did, one version of the story has his yacht’s chef throwing the dressing together because it was all he had to work with. Nonsense. I believe that was just to cover the fact that they stole Sophie Lalonde’s recipe.   This version is far more likely: May Irwin introduced Boldt to Sophie Lalonde’s dressing, which he in turn introduced to his Chef, the famous Oscar of the Waldorf. Oscar put it on the hotel menu and from then on, Thousand Island dressing became one of the most popular salad dressings of all times. 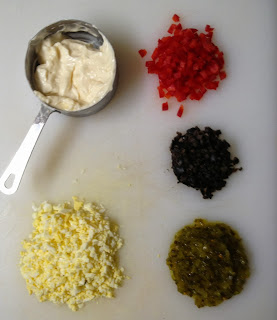 Now here’s the recipe.  I used the most basic of pantry items to make it.  Supermarket sweet pickle relish and those terrible canned black olives, which were surely the only ones available in Upstate New York in the 19 th century.  No Kalamatas here, although I couldn’t help thinking they would have been wonderful.  It’s nothing like bottled Kraft. It’s not McDonald’s special sauce.  And it differs from Russian Dressing which is made with ketchup. Thousand Island never should be. The calorie count is almost exclusively from the mayonnaise.  I use Hellmann’s Olive Oil Mayo, which comes in at 60 calories a tablespoon. I can hardly call this salad calorie-conscious because I served it with those with crispy bacon bits.  This is the original recipe and the proportions are such that you could likely feed all the diners at the Waldorf with ease.  So I’ve also printed one that’s half the hotel size. Served as a lunch or light supper, accompanied by some crusty bread or whole grain rolls, this would be superb. Here’s the recipe:
Original Recipe for Thousand Island Dressing
Time 20 minutes plus chilling time ( which I didn’t think was particularly necessary.)  Yields 16 servings for the entire recipe, 8 for the half recipe, which follows at the end of the instructions. 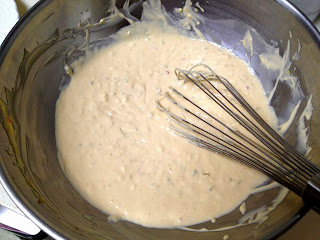 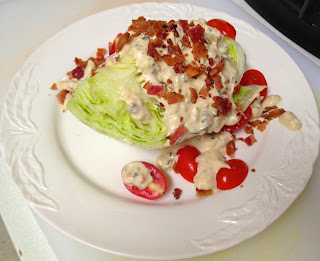 40 thoughts on “The Saga of Thousand Island Dressing and the Original Recipe for it!”