Where to find the Best Lobster Roll in the whole country, the best Baked Goods in New York City and how to get there for Free! 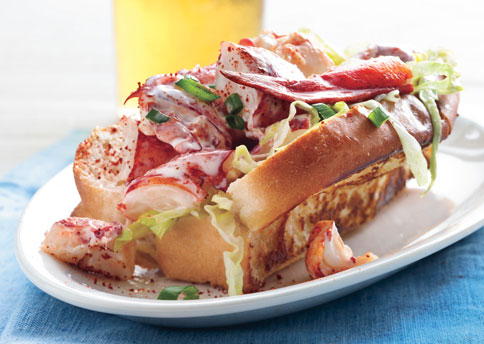 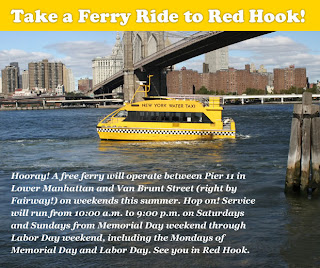 Earlier this spring, Andrew and I set off on one of our city adventures.  We headed to Red Hook, Brooklyn, known to be a hipster haven and now, sadly, likely better known for having been flooded out by Hurricane Sandy.  The place took a terrible beating. It is only a few feet above sea level and 14 feet of water from Sandy’s storm surge inundated the neighborhood. Five feet of water closed the huge Fairway Market for 4 months.  The store sits directly on the water at the end of the main drag, Van Brunt Street.  Since the market anchors the whole neighborhood, this closing was hard on everyone. But at a cost of $10,000,000, the store was up and running on March 1st.  And it should be noted that since the storm’s arrival October 29th, Fairway kept Red Hook employees on the payroll, shuttling them to other Fairway stores to keep them on the job.  Here’s to you, Fairway!  There were plenty of reasons for Andrew and I to want to support the neighborhood on our jaunt there on a sunny, if cold, April Day.  For one, we wanted to try what Bon Appetit called “The Best Lobster Roll in the Country” and we wanted to make a pilgrimage to “Baked”, the café and bakery home to two of our favorite bakers, Renato Poliafito and Matt Lewis.

Opening an email blast from Fairway last week, I was thrilled to see that every summer weekend, you can ferry over to Fairway from Manhattan for Free!  You just go down to Pier 11, one block south of Wall Street, and every 40 minutes, a ferry will take you on a sightseeing cruise of New York Harbor, depositing you at the foot of Van Brunt Street right outside the Fairway Market. For Free! This is a distinct step up from the free Ikea Ferry, which operates from Pier 11 to the massive Ikea store in Red Hook. 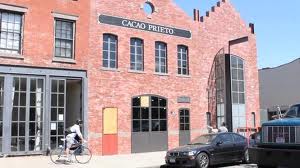 Though that one too is free, you have to cover a lot of Red Hook to get to Van Brunt Avenue, which, quite honestly and with two exceptions, is the only real reason to go to Red Hook.  The two exceptions are the incredible “Cocao Prieto” Chocolate Factory and “Widow Jane” Whisky distillery, housed in the same glorious building one block north of Van Brunt at 218 Conover Street.  The other is if you happen to be a passenger on the Queen Mary 2 which sails from a berth in Red Hook. 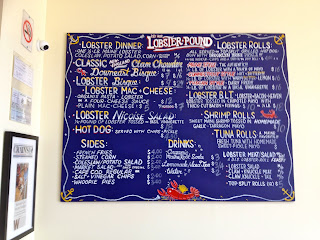 Now on to that lobster roll. As amazing as it sounds, by Bon Appetit’s reckoning, the best lobster roll in the entire country–including those found in the great state of Maine–comes from not much more than a hole-in-the-wall in Red Hook.  That’s the lobster roll sold at The Rood Hook Lobster Pound (284 Van Brunt Street, Red Hook 11231 Tel: (718) 858-7650.  They make two versions of this classic. Both follow follow a very simple recipe: fresh-picked Maine lobster meat is served with some celery, spices and a hint of mayonnaise.  The “Connecticut” lobster roll comes with warmed lobster.  The “Maine” lobster roll’s meat is chilled.  And both of course come with the simple split top white bun that looks an awful lot like a hot dog bun.

There is also a Lobster BLT which pairs bacon and tomato with the lobster but a purist would balk at that one.  The wondrous thing about Red Hook’s lobster roll is it’s stuffed with 1/4 lb of lobster and but sells for just $16.00 a roll.  This compares very favorably with just about anywhere else in town.  Sit down restaurants generally hold out for $22.00 to $25.00.  Just to make clear, you can sit down at Red Hook.  You go into one door and order your food.  You then exit with your Lobster roll and go next door where there are plenty of picnic tables set up.   The store doesn’t sell a lot of sides to go with the roll: Potato Chips and a variety of sodas none of them the least bit as familiar as a Diet Coke, which it does not sell.   You can buy whole lobsters to take home, a variety of lobster salads and, if you’re a complete seafoodphobe, a hot dog.

After our truly wonderful lobster roll, we headed down the street to “Baked” (359 Van Brunt St. Red Hook Tel 718 222-0345).   I will confess that both Andrew and I were astonished that the two “Baked” boys had chosen this completely out-of-the-way location to launch their wildly successful franchise.  To say that Red Hook is unprepossessing would be an understatement.  It looks kind of tough, somewhere I really wouldn’t want to be at night.  I briefly ducked into a liquor store only to see the entire stock completely enclosed in plexi-glass.  But there in the middle of one block hung the “Baked” sign.  Inside there was a lively set of patrons who clearly have made this a destination bakery. 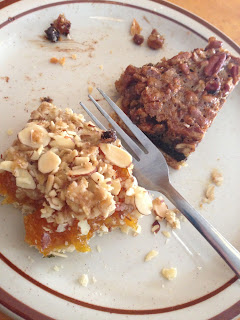 We sat and had two terrific examples of why Baked is so popular: an apricot almond bar and a pecan chocolate confection both supremely fresh and so good to eat.

We did our detour to Cacao Priete, which is an easy walk from “Baked” and was recommended by one of the people working there.  The Widow Jane whisky was a bit rich for our blood at $56.00 a bottle. But what a story it tells. The bourbon is made with water from the Widow Jane Mine in Rosendale, New York.  This mine was the source of the limestone used to build the Brooklyn Bridge, the Statue of Liberty and the Empire State Building.  A shot of this bourbon and you’ll have New York history running through your veins.

At the end of Van Brunt, we came at last to Fairway itself. It made our Upper West Side store look completely puny in comparison.  Its parking lot was jammed with cars and its shopping carts jammed with huge family-sized orders of food, so unlike our local Fairway.  (The ten items or less lines are the longest there). This  Fairway also has an indoor and outdoor café with some of the most stunning  views of the Statue of Liberty and lower Manhattan anywhere.  So if you’re still feeling peckish after your Lobster Roll and your dessert from “Baked”, pull up a seat.

Then it’s back on the New York Water Taxi for spectacular views of the skyline as your boat makes its way back to Manhattan.  Seeing New York from the water is truly one of the best ways to see New York and best of all, this way is free! 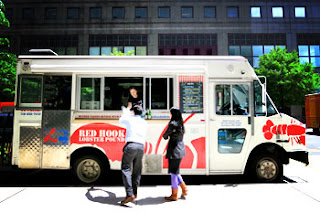 Can’t make it to Red Hook?  The good news is that  “The Red Hook Lobster Pound” has branched out.  Their food truck prowls the streets of Manhattan.  My most recent sighting of the truck was on Fifth Avenue in the Flatiron.  But the truck has a regular schedule that you can find at https://redhooklobster.com/ny-truck/.  More good news?  For those of us on the East End of Long Island, The Red Hook Lobster Pound opened in Montauk, NY on May 23rd.  You’ll find their new place at 24 S. Etna Avenue where they’ve paired up with Sweet ‘Tauk Lemonade.  No phone number at press time.

3 thoughts on “Where to find the Best Lobster Roll in the whole country, the best Baked Goods in New York City and how to get there for Free!”