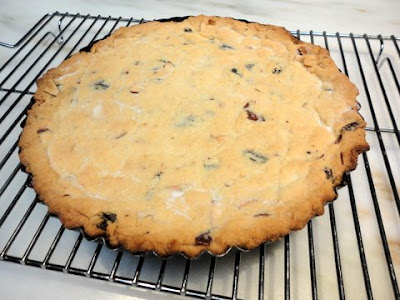 Andrew is the baker in our house but that was not always the case. For a long time, I did most of the cooking, including some predictable attempts at dessert.   Although I miss my Tart Tatins, they have been replaced by ambrosial Pavlovas, luscious fruit tarts, deeply delicious chocolate cakes and crisp cookies of every description.  And I owe it all to this recipe.
Andrew, as you may know, is a New York residential realtor.  He has an encyclopedic knowledge of New York apartment buildings and town houses.  Whenever a high end property is written about, inevitably he has been in the place.   Several years ago, he had seen an apartment in a particularly desirable location that was in, what is euphemistically referred to as, “Estate Condition”.  Non Realtors would refer to it as a “wreck” if they were being kind.
A friend of his sold the apartment and months later, when it had been completely gutted and restored, she was asked to attend a book signing at the apartment.  Her husband bowed out and Andrew bowed in.  He had no idea what the book was that was being signed.  But that really was beside the point, he wanted to see what had been done to the place.
Book signings in New York are a common phenomenon.  A cocktail party is thrown, the crowd eats canapés, the author signs and the guests are cowed into buying the autographed copy of whatever is on offer.  In this particular case, the author was one Lisa Yockelson and the book was called “Baking by Flavor” (John Wiley and Sons 2002).  A graduate of the London Cordon Bleu, Lisa Yockelson was, and still is, a cookbook author of some reknown.  Her articles, essays, and recipes have been published in The Boston Globe, The Washington Post, and Gastronomica: The Journal of Food and Culture.  Andrew had no clue who she was.  But he was particularly taken with one of the offerings on the buffet table, the Almond and Dried Cherry Sharing cookie.  It is an almond lover’s dream and also a perfect sweet for people who don’t like things too sweet. The dried cherries give it both tang and texture.  The corn meal gives it a decided crunch and keeps the sweetness at bay.  The reason it’s called a “sharing cookie”?  One of its key ingredients is cornmeal.  As a consequence, it cannot be perfectly cut even with a sharp knife.  Instead the cookie is broken off in pieces.  Sitting in the middle of a table, it is meant to be shared in this way.
Why, you may ask, do I call it a Jillion Dollar Cookie?  Well, Andrew, like all good book signing invitees, bought the book. He brought it home and thus began his baking career.   Of course this necessitated the purchase of tart pans and spatulas, metal bowls and sheet pans, measuring cups and spoons and all manner of other baking tools as he moved beyond his original inspiration and delved further into Ms. Yockelson’s book.  But at some point, he moved beyond cake pans and KitchenAids.  He determined that we needed to remake our kitchen on Long Island.  A funny thing happened on the way to that remodel.  Somehow, the initial idea of replacing the cabinets, led to replacing the kitchen, then to actually doubling it in size. Then there was a new breakfast room addition.  While we were at it, we gained a two car garage, and a large room over it, completely new bathrooms throughout the house…hell, we just gutted the place down to the studs.  And that is why this is the recipe for a Jillion Dollar cookie.  Although, I’m pretty sure that’s an underestimate.
Here’s the recipe:
Author: Monte Mathews
Filed Under: Almond and Dried Cherry Sharing Cookie, Black Forest Chocolate Cookies, Jillion dollar Cookie, Lisa Yockelson
Black Forest Chocolate Cookies
They may look like brownies to you… but they’re Dark Shadows to me.